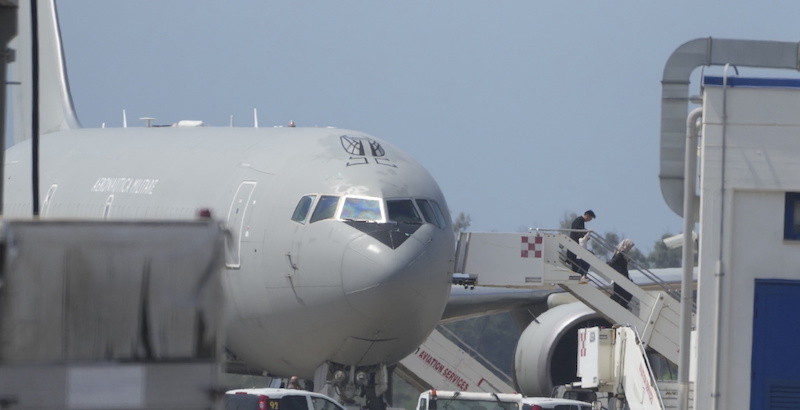 The Italian Foreign Minister, Luigi Di Maio, he said that on Friday the last Italian plane left Kabul, thus concluding the Italian evacuation operations from Afghanistan. On board the military aircraft, a C-130, there were about fifty Afghan citizens, as well as the high civilian representative of NATO Stefano Pontecorvo and the console Tommaso Claudi, who recently ended up in many Italian newspapers for two photos showing him picking up a child standing on the edge of a wall at Kabul airport. The arrival in Italy is scheduled for tomorrow morning.

He just left #Acceptance the flight of@ItalianAirForce who will bring back to Italy, in addition to the Afghan civilians, also our consul Tommaso Claudi, Ambassador Pontecorvo and @_Carabinieri_ del Tuscania who still remained in place: https://t.co/Ik5VWHOonL

Together with Italy, have completed evacuation also from other countries: Germany, Sweden, Belgium, the Netherlands, Spain, Hungary, Denmark, Canada and Australia, while the evacuations of the United Kingdom, Qatar and especially the United States, which still have about 1,500 of their own citizens, are still ongoing in Afghanistan.

All evacuation operations, however, must be completed by Tuesday 31 August, that is fixed date by the administration of US President Joe Biden and the Taliban themselves, who refused to move it further.

According to data from the Italian Ministry of Defense, during theOperation Aquila Omnia – the name of the air bridge between Afghanistan and Italy with which the evacuation was conducted – were brought out of the country 4.832 Afghan citizens and all Italian citizens who had asked to be evacuated. The operation involved the transport and reception of people in military logistic bases distributed throughout Italy, in which to host and quarantine those arriving from Afghanistan.

Italy was present in Afghanistan from 30 October 2001. After a period spent working on stabilizing the newly conquered capital Kabul, the Italian contingent had moved permanently to Herat, where he was mainly involved in training the troops of the Afghan army. Over the course of these twenty years, about 50,000 soldiers have participated in rotation in the Italian mission (the troops present on Afghan territory have never been more than 5,000), 53 of whom have died, almost all of them in attacks and attacks.