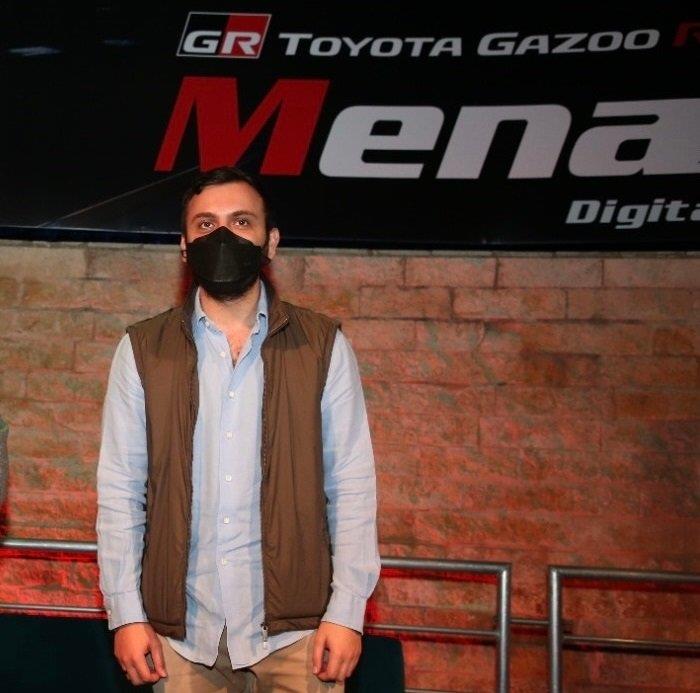 The top three winners – (from the source)

His Highness Prince His Highness Prince Omar bin Al-Faisal attended the closing competitions of the championship, which witnessed a competitive and exciting atmosphere to reach the podium, amid strong performance by the participants, simulating the real world of motor racing with unprecedented accuracy thanks to the partnership with one of the most advanced driving simulation games across The Internet “Gran Turismo Sport”, and the use of the latest advanced hardware and software represented by racing simulation platforms and tools.
Last Friday, the organizing committee of the “Toyota Gazoo Cup for Digital Racing in the Middle East and North Africa” held a welcome event for the contestants, in the presence of a group of influencers and those interested in this sport at the Royal Automobile Museum in Amman, and friendly races were organized between them.
Noting that the championship was organized by Jordan Motorsports with the support of the grant program of the International Automobile Federation (FIA), and sponsored by Toyota Motor Corporation, represented by the “Gazoo Racing” team; The official sponsor, “Bank Al Etihad”; Golden Sponsor, Umniah Company; Telecom Sponsor, as well as Desert Fox for digital racing, Fanatec, and the Jordan Digital Sports Federation.

See also  In the Corona focus in Italy .. "Derby of Milan" through video games

See also  Arsenal have tried everything for Aubameyang