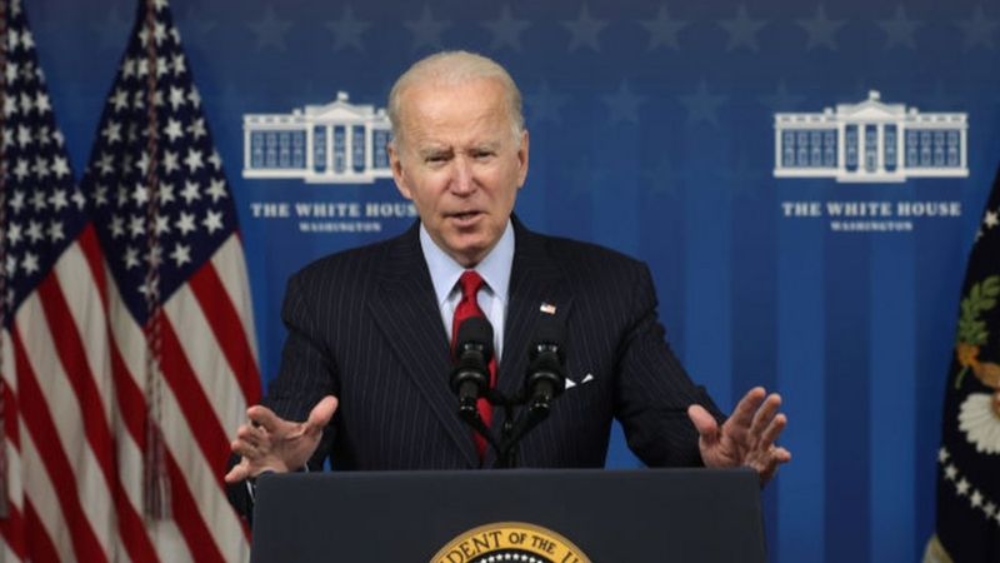 The United States government announced on Tuesday that it will release 50 million barrels of oil from its “strategic reserves” to face the increase in the price of gasoline, which is affecting the pockets of citizens.

This is a concerted move that is not limited to the United States. The government of Joe Biden He managed to persuade other large economies such as China, Japan, the United Kingdom, India and South Korea to also release part of their strategic reserves and thus help increase supply in the crude market.

During the last year and a half, the flow of oil has been restricted by the effects of an agreement between the OPEC countries and other major producers such as Russia that have sought to keep the market under control in order to prop up prices.

The United States has tried in vain to convince OPEC members about the advisability of increasing the supply of oil in a more accelerated way to respond to the recovery of the world economy after the impact of the pandemic, but these producers have opted for a gradual and limited increase.

That the White House now decides to resort to strategic reserves to deal with this type of situation is an unprecedented measure that, in addition, can generate tensions with the OPEC countries, according to analysts.

The SPR was created in 1975 after the economic crisis caused by the oil embargo that Arab countries imposed on Western governments for their support of Israel during the Yom Kippur War in 1973.

This measure caused crude oil prices to quadruple by 1974 and generated fuel shortage problems in the United States.

From that moment on, the United States established this strategic reserve to protect itself from the fluctuations of the world oil market and from any possible interruption in supply.

Although other large consumers of crude oil also adopted similar measures, the US SPR is the largest in the world and currently consists of some 620 million barrels that are stored in a system of caves dug in saline rock that extend from Baton Rouge (Louisiana) to Freeport (Texas).

In the past, the United States has resorted to SPR in emergency circumstances such as during the 1991 Gulf War or after suffering the devastating effects of Hurricane Katrina in 2005, which affected much of the oil infrastructure in the Gulf of Mexico. Also in other specific emergencies, it has “lent” part of its crude to some refineries to allow them to operate while a specific supply problem in the market was corrected.

See also  Activision-Blizzard has shredded the documents needed for the investigation, California is expanding the lawsuit

Neither of these circumstances are present at this time.

This is a very unusual measure. When the United States has released oil from the SPR, it has done so because there have been major supply disruptions. It did so in 2011, when the fall of Gaddafi in Libya led to the suspension of its oil exports. It is at those times, when he makes use of these reserves, “says Raad Alkadiri, managing director of Energy, Climate and Resources at the Eurasia Group consultancy, to BBC Mundo.

“The United States has released small amounts in the past. Nothing on this scale or in response to prices, has always been a measure in the face of the physical interruption of supply that occurred in another part of the world, “he adds.

Alkadiri highlights that such an initiative did not take place in 2008, when oil prices reached historical highs of almost US $ 150, while at the moment the price of a barrel of oil is slightly above US $ 80 .

But the Biden administration is looking at other figures. “American consumers are feeling the impact of high fuel prices at gas stations and on their home heating bills; and US businesses also because the supply of oil has not kept up with the demand at a time when the global economy resurfaces from the pandemic, “the White House said in a statement.

In a country, where oil continues to be the main source of energy, representing around 35% of supply, these increases are noticeable.

If other elements are added to this, such as the problems in the supply chains caused by the pandemic, the result is that the United States experienced a year-on-year inflation of 6.2% last October, the highest registered in 30 years.

“Today we are launching a great effort to moderate oil prices, an effort that will spread throughout the world and eventually reach the gas station on your street, God willing,” Biden said Tuesday in a message from the White House .

If the release of crude from the United States’ strategic reserve is an extraordinary measure, it is even more so that it is done in a concerted manner with other countries: that had not happened since 2011, when Gaddafi’s overthrow took place in Libya.

Despite this, it is not clear whether this initiative will achieve a significant reduction in the price of oil or whether, if it does, it will have a lasting effect.

This Tuesday, in fact, the price of Brent crude (reference for Europe) and WTI (reference in the United States) rose instead of falling.

Analysts believe that this is explained because the markets had already anticipated the announcement of the release of oil from strategic reserves.

The final impact of the measure will depend on two factors: the way in which oil is released and the reaction of the OPEC + countries.

“The real question is the timing: when and how quickly does this oil get to market,” says Aldakiri.

“If those volumes came in at the same time, they would have a significant effect on the price. But from the way it seems to be planned, it will be done over several months and it is not yet clear how many barrels the government will be able to release quickly, “he adds.

The expert warns, however, that in the case of Biden, the objective of this measure goes beyond the possible reduction in the price of a barrel.

This also explains Washington’s interest in adding the support of other countries, since it would allow the White House to convey the image that it is leading an international effort to control the price of oil.

Aldakiri indicates that – beyond the fact that they may also be experiencing inflation problems – for the other participating countries this initiative is an opportunity to score points with the United States, which is a strategic partner.

He adds that China had already used its strategic reserve in the past to deal with various problems, including price increases, and that in the current context it is an easy way to show goodwill and defuse tensions with Washington.

See also  The Ministry of Economy has set the price and weight of white bread, a large size, at 4500 pounds in bakeries and 5000 pounds in stores – Al-Manar TV website – Lebanon

Contributions from many of these countries will be relatively minor compared to the United States. Thus, for example, the United Kingdom will release 1.5 million barrels and Japan, 4.2 million.

In the hands of OPEC +

Biden’s initiative could generate tensions with the OPEC + countries, which even before this measure was made official, had warned that they considered it unnecessary and had warned that they would probably take action on the matter if large consumers decided to use their strategic reserves.

Analysts such as Peter Flynn, from the Chicago consultancy Price Futures, consider that this type of initiative does not usually produce results.

«History has shown that liberation [de crudo de la SPR] it will only have a short-term impact and is an open declaration of oil war with the OPEC + cartel, “Flynn told Reuters.

Since April 2020, the OPEC + countries have maintained an agreement that allows them to gradually increase the flow of crude in the market. This agreement foresees increases of 400,000 barrels per month, but they are not automatic but are evaluated and approved by the governments every month.

“This has been designed as a tool to manage the market on a month-to-month basis,” says Aldakiri.

The expert explains that the idea isBrent crude falls below $ 80 that tight inventories drive prices high, but not too high. “The concern of OPEC + is that the inventories next year are too high, that there is excess supply,” he adds.

The expert explains that the OPEC + countries will meet again at the beginning of December to decide whether or not to proceed with the increase in production expected for that month.

If they decide not to increase production, they could cushion some of the price shock that Biden’s initiative seeks.

“The ball is in the territory of OPEC +”, warns Aldakiri.

Independent journalism needs the support of its readers to continue and ensure that the uncomfortable news that they do not want you to read remains at your fingertips. Today, with your support, we will continue to work hard for censorship-free journalism!