The concrete fortress located on the free highway to Zapotlanejo, in Jalisco, was the second federal prison of its kind, which it followed the architectural and disciplinary model of the brutal maximum security prison in Almoloya de Juárez (now from the Altiplano).

Almoloya had been designed to house more than 700 highly dangerous inmates, so its disciplinary model was one never seen before in Mexico. The inmates lived in complete isolation that prevented them from continuing to operate from prison. Puente Grande, also known as the Federal Center for Social Readaptation number 2 was a copy.

After spending a few months in Almoloya, where he was admitted in June 1993 for the murder of Cardinal Juan Jesús Posadas Ocampo, Joaquín “El Chapo” Guzmán Loera He was transferred to Jalisco, where he not only broke all the rules but also showed that escape was possible. 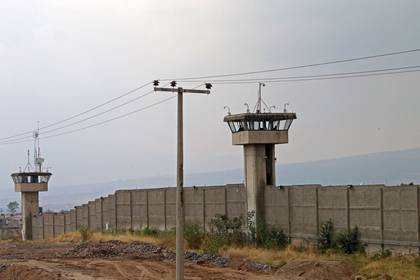 In this detention center, the drug trafficker managed to co-opt all the authorities, have an entourage of inmates at his service and the consolidation of the Sinaloa cartel the one he drove from prison.

In his book “Los Malditos 2”, the journalist Jesús Lemus, who was held in the same prison, detailed the stories about Guzmán Loera that are told in Puente Grande, narrated by the prisoners themselves.

One of them was Noé Hernández “El Gato”, accused of sexual abuse against minors.

El Chapo was the only inmate who had access to a cell phone, which he sometimes lent to other inmates so they could talk to their relatives, since the rules established that they could only have access to prison phones for 10 minutes every 12 days. 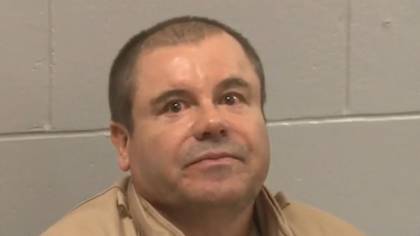 Sometimes he asked for food from outside, which he distributed among the prisoners. His arrival in federal prison marked the beginning of great parties in which there was alcohol, music, women and food.

According to Lemus’s narration, Guzmán Loera was not only the only one who had his own phone but also the only one who was allowed to walk freely through all the modules from the prison where he talked to the inmates, who always asked him for different kinds of favors.

As reported by El Gato, when the inmates saw that a lot of food was beginning to arrive from outside, it was the sign that El Chapo was organizing a party. Usually He asked for sheep, carnitas, hired musical groups, those closest to the drug dealer could drink whiskey and all the rest only beer.

One Father’s Day, Guzmán Loera received a visit from his children, so he ordered that they bring him food from Guadalajara as well as four musical groups, but due to the flow of alcohol that was running through the party, some inmates drank too much and started a fight, so since then, El Chapo limited consumption to two beers per prisoner and also access to his celebrations only to those closest to him.

“There was no authority or criminal who refused to please the boss,” Lemus wrote. 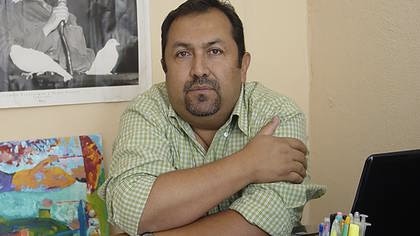 Jesús Lemus wrote part of the story of Guzmán Loera in the Jalisco prison in a book (Photo: Infobae)

El Chapo and the recluse

A proof of the above is Zulema Yulia Hernández “La Zule”, a former inmate who during her stay in the Puente Grande high-security prison was a lover of the drug trafficker.

Their romance lasted while Guzmán Loera was in the same prison and that in the end he used it as a kind of “gift” to other inmates of Puente Grande, the prison from which he first escaped on January 19, 2001, in a laundry cart.

She had been sentenced for crimes of common jurisdiction, but in the face of the commotion and control that she had managed to exercise in the East Prison, in Mexico City, the prison authorities they decided to transfer her on January 31, 2000 to a maximum security prison, the Federal Center for Social Readaptation number 2 in Puente Grande.

During his festivities, El Chapo asked the custodians to bring him women and on one of these occasions Zulema arrived, who did not mind sharing it with a cook who also visited him in his cell.

The drug trafficker He conquered it by telling him about his childhood, with letters that he did not write, but to which he gave his approval before they were sent. The messages I sent him began with a “Hello my love” or with a “Hello heart.” 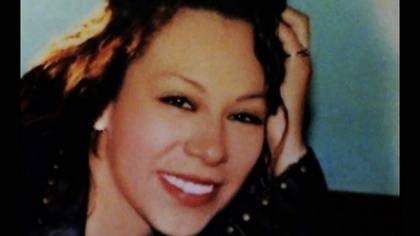 This version was also related by the journalist Anabel Hernández in the book “Los Señores del Narco”, where she points out that When Guzmán got mad at her, he sent her to other inmates, which caused mental disorders.

Guzmán Loera escaped from prison, Zulema was transferred to another prison and in 2003 she received the benefit of early release as an attempt by the authorities of Mexico and the United States to catch her lover.

In 2004 She was again imprisoned on charges of being part of a drug gang led by Patricia Buendía, The MaBaker, who was in charge of drug distribution in a popular area adjacent to the Mexican capital.

When she was arrested, she had a cell phone with messages from a character called “Durango”, who was suspected to be El Chapo Guzmán, since it is the name of the state where he hid for several years and where he married his current wife Emma Coronel, but she never revealed any more information about the mysterious character.

In 2006, she was released again, but two years later, on December 17, 2008, her body was found in the trunk of a car on the Mexico-Pachuca highway. He was 35 years old. The letter Z was marked on his body, so it was pointed out that he had been assassinated by the Los Zetas cartel, which was then involved in a war with the Sinaloa cartel.

“All visits have been suspended”: the measures against the pandemic in the prison where El Chapo Guzmán is imprisoned

The pink house: this is the mansion that “El Chapo” Guzmán built for his mother, Consuelo Loera

“I can never forgive them”: Iván Archivaldo Guzmán, El Chapo’s son, in a little-known interview

Strong increase in Bitcoin ATMs: there are already 10,000 in the world

According to a report by Norwegian financial services company AksjeBloggen, In 2020 alone, some 3,900 new machines that...
Read more

Report from the Maduro regime: Venezuela is approaching 65,000 coronavirus infections

Photograph that shows a guard taking the temperature of people queuing to enter a shopping center, in Caracas...
Read more

Former model Amy Morris has accused the president of the United States, Donald Trump, of sexually assaulting her during...
Read more

Coronavirus in Argentina: Alberto Fernández confirmed the extension of the quarantine and said that “they will deepen the measures” in some provinces

Confirmed the start of the South American qualifiers in October

RICARDO CICILIANO The former soccer player died at 43 years of age in Barranquilla due to pneumonia. SOUTH AMERICAN ELIMINATORIES Through an...
Read more

Analysis eFootball PES 2021 Season Update, an extension to the next generation (PS4, Xbox One, PC)

Throughout 2020 we have seen and read all kinds of rumors about the future of the PES saga and...
Read more

The extended quarantine, the definition of Duhalde and the advice of Guaidó

After 73 years of marriage, the Italian couple succumbed to the «kleinezeitung.at virus

The official launch of the LG Velvet phone

The Turinese have only to bend down to take with three days in advance...
Read more
Archynewsyarchynewsy.com