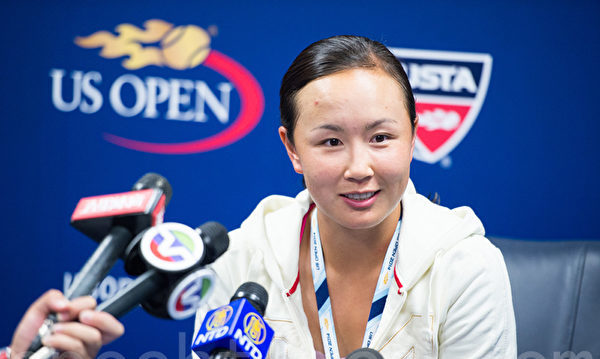 [Epoch Times November 23, 2021](Comprehensive report by Epoch Times reporter Xu Jian)Peng ShuaiThe incident may threaten the holding of the Beijing Winter Olympics. The Ministry of Foreign Affairs of the Communist Party of China has begun to change its tone, from the “unheard of” aside from the incident, to the emergency fire extinguishing request that “some people stop malicious speculation.” However, the Peng Shuai incident has become more and more intense, and the operations of the Ministry of Foreign Affairs have been accused of “usual tactics.”

On Tuesday (November 23), the spokesperson of the Ministry of Foreign Affairs of the Communist Party of ChinaZhao Lijiansay,Peng ShuaiThe incident should not be “politicized,” and it also requires “some people to stop malicious hype about this matter.” He responded yesterday that Peng Shuai had attended some public events recently. However, when Zhao was asked about the whereabouts of Peng Shuai on the 18th, he responded that he “has never heard of it.”

The New York Times analyzed that the CCP’s propaganda machines are used to imposing information on domestic and foreign audiences, but they have not learned how to provide a story that can withstand scrutiny. The international community still does not buy it.

The article stated that the CCP is skilled and “very effective” in controlling the ideas and content of the 1.4 billion people on the mainland. But if the CCP wants to control and influence other countries, it is another matter. The current example of Peng Shuai is the best illustration.

For example, the “Global Times” provided a video of Peng Shuai at a dinner, in which the male coach sitting with Peng Shuai and two other women said “Tomorrow is November 20”, but one of the women immediately interrupted him and said , “It’s November 21st.” Outsiders questioned that this conversation seemed to be deliberately arranged. China expert Zhang Jiadun tweeted, “It is obviously fabricated (dialogue). No one speaks this way in real life.”See the video here

Peng Shuai had a video call with officials of the International Olympic Committee (IOC) last Sunday, saying he was safe.This is the first time she has spoken to the outside world publicly in several weeks, but this conversation initiated by the IOC not only did not increase convincing power, but caused a scream from the outside world, accusing the IOC of helping the CCP to wash the ground and become the CCP.Big foreign propagandaTool of.

The New York Times analyzed that instead of persuading the world, the CCP’s response has become a textbook example, showing that the CCP cannot communicate with people who are not subject to its censorship and coercion, because the CCP transmits information in a one-way, top-down manner. It is difficult for the Chinese Communist Party to understand-for a story to be persuasive, it must be supported by facts and verified by a credible independent source.

The article said that the Ministry of Foreign Affairs of the Chinese Communist Party mostly avoided questions about Peng Shuai, first claiming that it did not know the matter, and then saying that the topic was not within its scope of authority.TuesdayZhao LijianA “familiar tactic” was adopted, which is to question the motive behind Peng Shuai’s report.” He hopes that “some people will stop malicious hype, let alone politicize it.”

See also  Al-Ahly ends the Percy Tau deal .. And a leaked video of the player provokes anger .. And information you do not know about him, his goals and skills

Mareike Ohlberg, a researcher at the German Marshall Fund, wrote on Twitter, “(The Chinese Communist Party sends) this message to demonstrate power: We tell you that she is fine, what qualifications do you have to say otherwise?” This is not to persuade people, but to intimidate and demonstrate the power of the regime.”

Pin Ho, a media businessman in New York, wrote on Twitter, “It (the CCP) allows Peng Shuai to play any role, including a free appearance.” He said that for CCP officials who “maintain stability,” this kind of control is Routine, “But for the free world, this is even more terrifying than forcing a confession.”

On Tuesday, the editor-in-chief of the CCP’s Global TimesHu XijinTweeted that Peng Shuai’s appearance in the past few days is “enough to alleviate or eliminate most of their worries,” but those who attack the Chinese Communist system and boycott the Winter Olympics will not believe it. In response to this, Zhang Jiadun said that Hu Xijin’s post showed that the CCP was “worried that the International Olympic Committee (IOC) will cancel the Beijing 2022 Winter Olympics, and the IOC is supposed to do so.”

The analysis of The New York Times stated that in this Peng Shuai incident, the CCP’s propaganda team did not meet the expectations of its supreme leader—that is, to control the global voice of Chinese stories. But this failure cannot only be attributed to the propaganda department, but rooted in the authoritarian (totalitarian) system of the CCP.