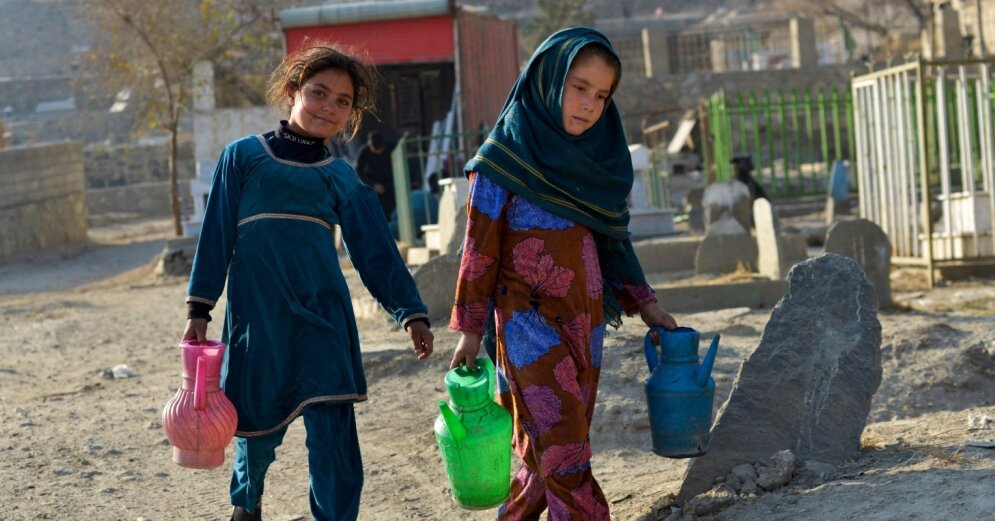 NATO mission in Afghanistan was not in vain at the conclusion of the NATO Foreign Ministers’ meeting in Riga, NATO Secretary General gave reporters this assessment Jenss Stoltenbergs. NATO left Afghanistan this year after a 20-year mission that allowed the Taliban to seize power in the country again.

Stoltenberg pointed out that one of today’s sessions was dedicated Afghanistan and lessons learned from NATO involvement. Ministers discussed in depth how the Alliance could improve crisis management operations at both the political and military levels.

Emphasizing that NATO’s mission in Afghanistan was not in vain, Stoltenberg said there had been no terrorist attacks on Allies in Afghanistan for twenty years. According to him, crisis management must remain NATO’s central task.

“At the same time, we must acknowledge that the international community, including NATO, the UN, the European Union (EU) and other players, has set high ambitions to build a nation and a nation. This has proved much more difficult. We need to make sure our ambitions are realistic.” said Stoltenberg.

According to him, despite the fact that many Afghan soldiers have served heroically and have received international support for years, corruption and weak leadership have prevented them from maintaining their own forces. The Secretary General of NATO emphasized the need to ensure that NATO creates more self-sufficient forces in the future.

Stoltenberg assessed that this year’s consultations on the future of the mission in Afghanistan were “open and genuine”. Based on these consultations, the Allies decided together to end the NATO mission. The evacuation of people from Kabul in August, according to the NATO Secretary General, demonstrated the Alliance’s ability to support a large-scale evacuation operation.

He also emphasized that the lessons learned from the mission in Afghanistan would shape NATO’s future crisis management role. Stoltenberg pointed out that, in the light of the lessons learned, NATO must continue its efforts to fight terrorism and build the capacity of its partners.

Addressing the first session of the day, the NATO Secretary General noted that the Foreign Ministers of Georgia and Ukraine also joined in to discuss the security situation in the region. He noted that Russia continues to take aggressive and destabilizing actions against its neighbors. The concentration of its military forces in and around Ukraine, according to Stoltenberg, makes NATO vigilant. Escalation of the situation should also be avoided.

“Ministers made it clear that any Russian aggression would be costly in the future. Russia would suffer serious political and economic consequences. Georgia and Ukraine are long-standing and close NATO partners contributing to our missions and operations, and are also aspiring to join the Alliance.” “We will not back down from our decisions. Our support for sovereignty and territorial indivisibility will not change and we will continue to support both countries,” he said.

He noted that NATO is helping to strengthen the defense capabilities of both countries. Training and exercises take place together with the allies. NATO also provides support at sea and shares information. That is why ministers have also spoken about the importance for both countries of continuing reforms, strengthening the rule of law and democracy, and fighting corruption. Both countries need to transform their security and defense sectors. Mr Stoltenberg emphasized that these reforms were crucial to improving the resilience of Georgia and Ukraine.

At the closing session of the NATO Foreign Ministers’ Meeting, the Foreign Ministers of Finland and Sweden and the EU High Representative for Foreign Affairs and Security Policy, Joseph Borrell, joined to discuss stability and security in the Western Balkans. The NATO Secretary General emphasized that the region had come a long way since the conflicts of the 1990s, but that tensions had recently been rising in both Kosovo and Bosnia and Herzegovina.

“We are seeing more rhetoric. Reforms are lagging behind. Foreign players are trying to slow down progress. NATO will continue to promote stability, security and cooperation in the region. We agreed that our presence in the region is important,” Stoltenberg said.

In conclusion, the NATO Secretary General noted that NATO’s co-operation with the EU remained essential. The Alliance and the EU will continue to work together to maintain stability and support reform.