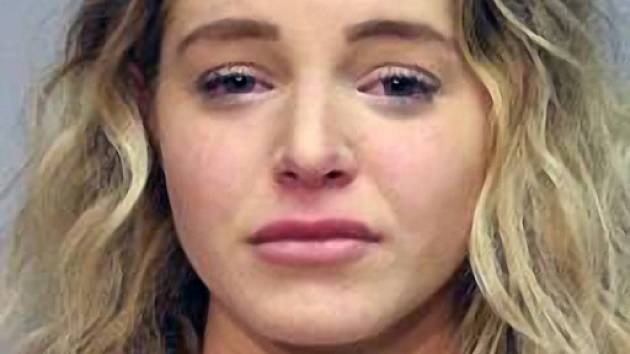 Mysterious death of Sydney sisters: Each died in a different room, led a mysterious life

Clenney’s attorney, Frank Prieto, confirmed her arrest. “I am absolutely shocked, especially as we have been co-operative throughout the investigation and have offered to surrender voluntarily if charged. I look forward to clearing her name in court,” he said.

The lawyer claims that Clenney acted in self-defense. Obumseli’s family thinks that was not the case. “We have no reason to believe it was self-defense. Toby was brought up with very strong morals and strong values,” said Obumseli’s cousin Karen Egbuna CBS Miami.

The attorney for the family of the murdered Larry Handfield further for TMZ stated that the family is seeking justice in the form of a life sentence.

Handfield has previously criticized the police in this case, saying they were influenced by Clenney’s “blonde hair and blue eyes”. He also pointed to the fact that the woman has an outstanding warrant for her arrest in California for public intoxication from 2015. According to court documents, she was also arrested in Texas in September 2020 for DUI.

According to her prosecutor, Clenney had kicked her then-boyfriend out of her apartment a week before his death over allegations of domestic violence.

Miami police said they were called to her apartment at the time of the incident to investigate a report of domestic violence. Obumseli was found stabbed at the scene and died on the way to the hospital. Clenney and Obumseli had been a couple for about two years, and according to Priet, it was complicated. “It was clearly a toxic relationship, they had their ups and downs and unfortunately it culminated in his death,” he said.

See also  In Rome, they recommend not going out in the evening, there is a risk of an attack by a wild boar

The case is still under investigation. But the lawyer of the woman Prieto is clear. “Although prosecutors are required by law to consider the wishes of next of kin in criminal proceedings, these wishes must often give way to more rational considerations. While we understand that the family is grieving the loss of Mr. Obumseli and wants justice, justice in this matter will be acquittal of all charges,” he asserts.

Who is Tailor and what is OnlyFans

Courtney Tailor (Née Clenney) is a model, actress and fitness enthusiast who gained attention on Instagram for sharing photos of her toned body and workout details.

40 years ago she disappeared from the bus stop, they found her stabbed. Now they solved the case

She appeared in several commercials, such as for Pepsi. At the end of 2015, she took photos for Playboy magazine. She has played small roles in TV shows and movies. In April 2016, she started her YouTube channel documenting her journey as a bikini competitor.

Recently, she drew attention to herself especially with her activity on a controversial social network OnlyFans subscription-based where users can sell or buy original NSFW content.

Not safe for work (NSFW) is an Internet acronym used to indicate URLs and hyperlinks to videos or web pages that contain nudity, pornography, profanity, violence, or other potentially disturbing content that the viewer may not wish to be seen watching in a public or formal setting, such as the workplace , at school or in the family environment.

See also  Death mourns Asala in her close friend: “My mother was with her and I lost a part of me with her.”

In August 2021, OnlyFans management announced plans to ban sexually explicit content on the platform. Its founder and CEO Tim Stokely initially said the banks were to blame for the ban. However, after an immediate backlash from sex workers and other people who used the site for a living, the company withdrew its policy changes and Twitter she wrote: “We’ve secured the safeguards necessary to support our diverse community of creators and have put the planned policy change on hold as of October 1st.”