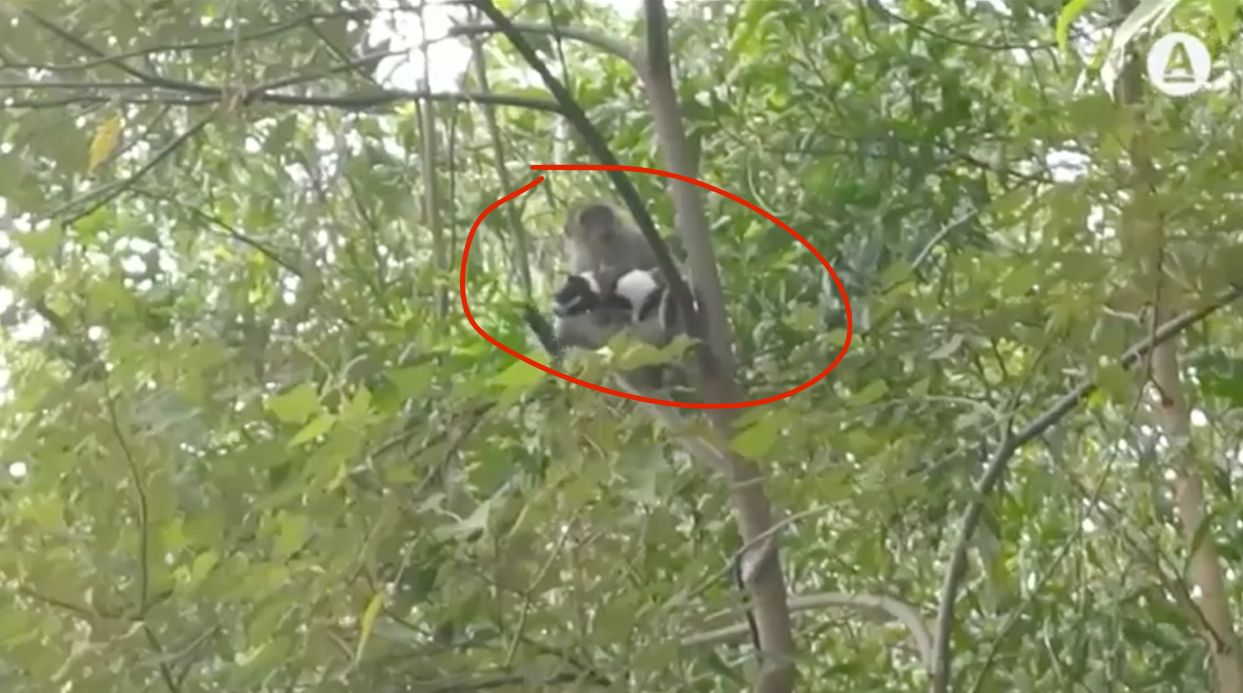 A black and white puppy named Saru was one of the dogs that disappeared on the west coast of the Malay Peninsula. The two-week-old cub was seized by a wild monkey, which climbed into the treetops with it. She refused to give up the puppy for three days before finally dropping it into the bushes.

The monkey held the puppy captive for three days. Eventually, she fell from a height of several meters. | Video: Reuters

According to locals, the monkey was part of a gang that regularly steals food from human dwellings in the area.

For three days, people watching lured the monkey to food, throwing small stones and wood at it, but the animal only fled deeper into the forest or higher into the treetops. Although the kidnapper behaved nicely towards the young, it was clear that after three days the puppy was hungry.

In the end, the crackling balls did a good service, scaring the monkey so much that it dropped the hostages and the puppy fell from a height of several meters into the bushes.

After checking and making sure that Sara was in a stable state, the rescuers gave the cub for adoption.