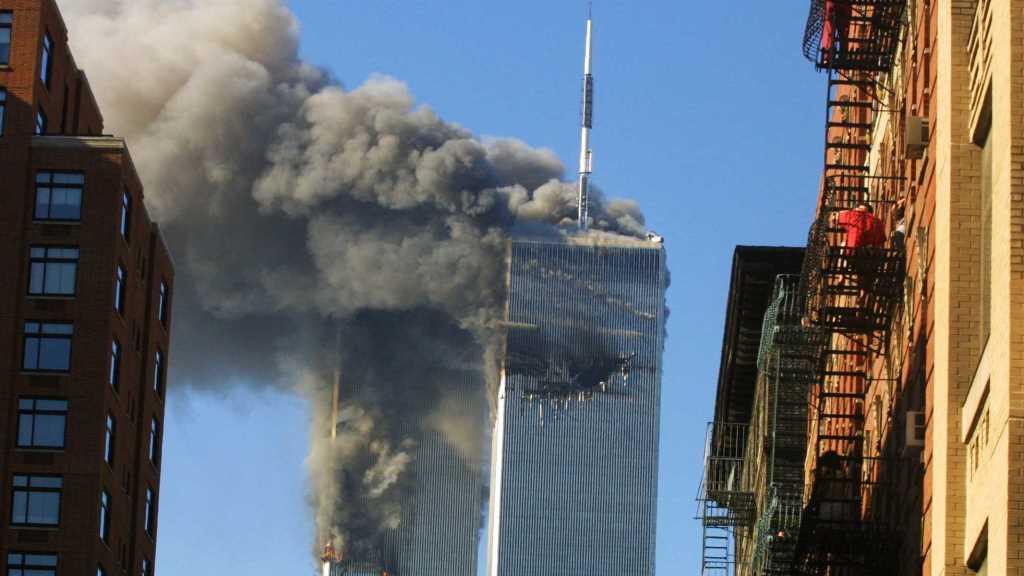 The fall of the World Trade Center buildings was such a shock and so changed the world that many people could not accept it rationally or emotionally. And so many have replaced the complex boring truth and difficult-to-absorb facts with simple and attractive conspiracy theories.

There have been many incomparables and ambiguities in the reports, reports and official documents, so no explanation can be perfect. And it is therefore logical that gaps are tempted to be filled by theories that are supported by misleading or even deliberately false information.

The most common conspiracy theories concern the way buildings collapse – according to them, all three were connected in advance to explosives and razed to the ground in a series of controlled demolitions. At the same time, there are documents from the investigation that convincingly refute all speculations. He created them ten years ago, the American National Institute of Standards and Technology (NIST). Among the most common conspiracy theories are:

Claim: The first hijacked plane broke through the 94th to 98th floors of the 100-story north tower of the World Trade Center; the second plane crashed into the 78th to 84th floors of the one hundred and ten-story south tower. The impact and subsequent fires interrupted the operation of the elevators in both buildings. In addition, the vestibules of both buildings were visibly damaged before the collapse of the towers. “It is not possible for a plane crash to cause such extensive damage eighty floors below,” says a post on the San Diego Independent Media Center’s website, which also states: “It is clear and irrefutable that the lower towers on the lower floors other explosives have been detonated as during the impact of the aircraft. “

Fact: An investigation by the National Institute of Standards and Technology (NIST) revealed that the wreckage of the aircraft had cut through engineering shafts in the core of the North Tower, creating a channel for burning aviation fuel – and subsequently devastating fire throughout the building. “It’s very difficult to document where the fuel has gotten,” says Forman Williams, a NIST consultant and combustion expert, “but if it’s atomized and flammable and reaches the ignition source, it will explode.”

Burning fuel traveling through the elevator shafts disrupted the elevator systems and caused extensive damage to the hall. NIST charted the testimony of those who intervened on the spot that “some elevators fell right down” to the ground floor. “The door on the floor of the hall cracked, flames erupted, and people died,” said James Quintiere, a professor of engineering at the University of Maryland and a consultant to NIST. A similar observation was made in the French documentary “9/11” by directors Jules and Gedeon Naudet. When Jules Naudet entered the hall of the North Tower a few minutes after the first plane crashed, he saw burning victims, a scene he found too frightening to film.

“Steel was melting when the WTC fell, aviation fuel can’t do that”

Claim: “They lied to us,” reports AttackOnAmerica.net. “The first lie was that the cause of the design failure was aviation fuel. No kerosene fire can burn with such a hot flame as to melt steel, “says a paper entitled” Evidence of Controlled Demolition in the WTC. “

Fact: Conspiracy theories have one thing in common – they are based on real and completely true data, which they then place in a meaningless context. Aviation fuel burns at a temperature of 130 to 820 ° C, which is really not enough temperature to melt steel (1500 ° C).

So how is it possible that the WTC towers collapsed? Experts agree that the steel frames did not have to melt at all to collapse the towers, it was enough for them to lose some of their structural strength – and that required exposure to much less heat. “I’ve never seen molten steel in a building fire,” said Vincent Dunn, a retired Deputy Commander of New York Fire Department, author of The Collapse Of Burning Buildings: A Guide To Fireground Safety. “But I’ve seen a lot of twisted, twisted, bent and bent pieces of steel. It happens that the steel tries to expand at both ends, but when it can no longer expand, it bends and the surrounding concrete cracks. “

See also  Plane crash in Russia: the number of victims has grown

“At a temperature of around 600 ° C, steel loses about 50% of its strength,” notes Farid Alfawakhiri, chief engineer at the American Institute of Steel Structures. “And at 1000 ° C, it has only less than ten percent left.” NIST also believes that much of the sprayed fire insulation was probably pulled from the steel beams by giant planes, leaving the metal more vulnerable to heat.

But there is another factor at play that conspiracy supporters forget. Not only aviation fuel burned during the WTC fire, Forman Williams, a professor of engineering at the University of California, San Diego, told Popular Mechanics. According to him, aviation fuel started and nourished fires, but it was amplified by a quantum of materials inside buildings – NIST states that temperatures in the outbreak of the fire reached thousands of degrees Celsius.

“The ignition source was aviation fuel,” Williams said. “It may have burned for ten minutes, and the towers were still standing at the time. Only the rest of the burning material was responsible for the heat that eventually caused them to fall. “

“Clouds of dust show an explosion in the WTC building”

Claim: As each of the towers collapsed, clear visible tufts of dust and debris were ejected from the sides of the buildings. In The Painful Questions: An Analysis of the 9/11 Attack, the following statement emerges, which later spread among the most common conspiracies: “Clouds flying out of buildings cannot come from their mere collapse. Proponents of conspiracy theories cite Van Romero, an explosives expert and vice president of the Mining and Technology Institute of New Mexico, who was quoted as saying in September 2001 by the Albuquerque Journal, that “there were explosive devices inside the buildings that caused the towers to collapse.” . Romero said the collapse of the buildings resembled controlled explosions used to demolish old buildings.

Fact: As the towers began to collapse, the weight of all the floors above the collapsed zone landed with crushing force on the highest intact floor. The floor, unable to absorb the enormous energy, collapsed and transferred forces to the floor below it – allowing the collapse to proceed with a chain reaction down the building.

See also  "Demon Slayer Blade Fire God Blood Wind" all cares about: faithfully restore the original work, but it is more interesting to watch than to play | 4Gamers

According to David Biggs, a civil engineer at Ryan-Biggs Associates and a member of the American Society of Civil Engineers (ASCE) team who worked on the FEMA report, engineers call the process “pancaking” and it does not require an explosion.

Like all office buildings, the WTC towers contained a huge amount of air. When they collapsed, all this air — along with the concrete and other debris that had been scattered by the force of the fall — was ejected with tremendous energy. “When a large part of the floor collapses, air and dust from the concrete shoot out the windows,” said NIST chief investigator Shyam Sunder. He added that these clouds of dust could really give the impression of controlled demolition.

Romero later regretted that his comments for the Albuquerque Journal had become such a strong argument for conspiracy theorists. “When I said I thought the building was destroyed by explosives, I was wrongly quoted at the time,” he said. “I just said it looked like that.”
Romero agrees with the scientific conclusion that the collapse of the building was caused by fire – after the diary, he considered the statement to be correct. It was published on September 22, 2001, but it did not prevent nonsense from spreading. For example, the emperors-clothes.com server, which is spreading conspiracies, made Romer’s statement an argument for conspiracy theory: “The payer of Romer’s research institute is the Pentagon. He was pressured, directly or indirectly, to force Romero to withdraw his original statement. ”Although Romero denied this, the conspiracy continues to spread around the world.

Claim: Seismographs at the Lamont-Doherty Ground Observatory of Columbia University in Palisades, New York, about 30 miles north of the WTC, recorded the events of 9/11. “All the strongest shocks were recorded at the beginning of the crash, long before the falling debris hit the ground,” says WhatReallyHappened.com.