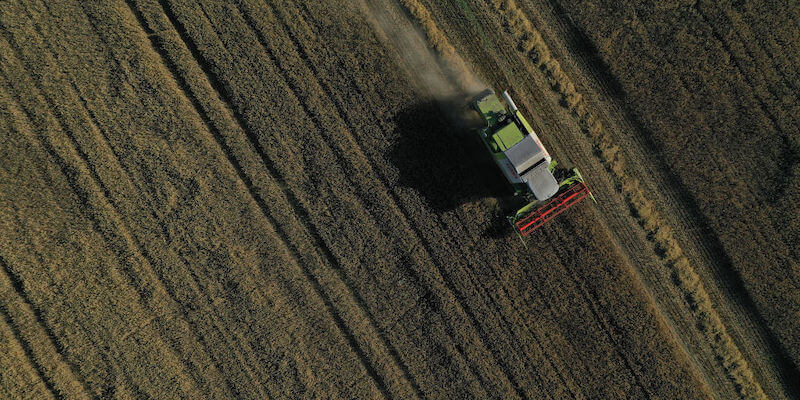 On Friday the European Parliament and the national governments represented by the Council of the European Union made an agreement on the new Common Agricultural Policy (CAP), the main European instrument that regulates subsidies for farms, which in all accounts for about one third of the multi-year budget. of the Union. The agreement will be ratified on Monday at the Council meeting in which the ministers of agriculture of the 27 member countries will be present.

The agreement found established the methods by which 270 billion euros will be disbursed between 2023 and 2027, i.e. in the second part of the multi-year budget started in 2021 (transitional agreements will be in force until 2022 approved last summer). The compromise was judged very disappointing by both the Green Party and the environmental associations. Even the vice president of the European Commission with delegation to Green Deal, Frans Timmermans, judged it “imperfect”, although he underlined its positive points.

The main changes concern the so-called “ecoschems”, ie the percentage of funds linked to agricultural practices deemed sustainable. The European Parliament asked to bind at least 30 percent of the funds, the Council started from a share of less than 20 percent. The compromise was found halfway at 25 percent, although environmentalists have criticized the presence of a mechanism that allows countries that do not spend all their funds related to sustainable agriculture to use them for other, less constrained purposes.

Another new element compared to the past, which was not present in the Commission’s proposal and was inserted above all at the push of the European Socialist Party group, is the so-called social conditionality: from 2025 the funds can only be disbursed to companies that respect certain parameters on workers’ rights imposed by the Union (from 2023 countries will be able to begin to adapt to the new parameters on a voluntary basis).

The main criticisms of the compromise relate to the fact that the agreement did not resolve the structural problems of the CAP: for example the scarcity of constraints with which most of the loans are disbursed, and the risk that these will be distributed according to clientelist logic by national governments, as happened recently for example in Hungary and the Czech Republic, or obtained from already rich and very unsustainable companies.

For decades, agricultural subsidies occupied most of the budget of the European Union and its ancestors. The goals were different, among which above all facilitating the transition to more profitable industrial sectors – such as the tertiary sector, now dominant in all Western countries – and making European countries almost self-sufficient in terms of agriculture and food. Compared to the 1980s, subsidies have gradually decreased, but still occupy a significant part of the European Union budget, above all thanks to the influential and noisy national lobbies of farmers.

In 2018 approx 38 percent of the Community budget was allocated to agriculture: we are talking about € 58.53 billion, of which 14.3 for various development measures and 41.4 for direct subsidies, distributed directly to farmers according to the size of the land owned. The European Union limits itself to checking that in their activities the beneficiary companies respect some loose criteria of environmental sustainability, such as leaving 4 percent of arable land available to local flora and fauna.

This mode generates two types of problems: first, it definitely benefits large landowners, consolidating the distance with small and medium farmers: second EuFactCheck about 20 per cent of the richest farmers receive on average 80 per cent of European funds dedicated to agriculture. The second flaw is that since the judgment concerns the entire company, the Union does not ask any question about how exactly the Community funding is spent. Even in the new compromise, 75% of the funds will be tightly tied.

See also  Gosh! Prabowo Unloading Mark Up 1,000% in Procurement of Ministry of Defense

During the negotiations, the European Parliament had also pushed to align the CAP with the European Green Deal, the series of measures planned by the European Commission to make energy production and the lifestyle of European citizens more sustainable and less harmful to the environment. . However, the final compromise on the CAP does not contain any explicit constraints: Euractiv he points out that references to the Green Deal are limited to a side document, while there is no reference to the actual articles of the compromise.

In the Council, almost all the countries expressed their opposition to more ambitious measures, also strengthened by a promise obtained by the previous Commission, led by Jean-Claude Juncker, to have greater control over agricultural policies. European parliamentarian Martin Häusling, the shadow negotiator of the CAP for the Greens, criticized national governments and the Council for having “granted too many exemptions” to farmers, and added that he was very disappointed at the lack of ambitiousness shown by the European Commission.