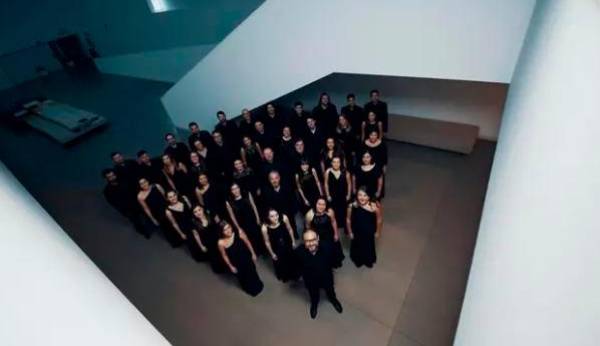 The concert of El León de Oro opens this Sunday the XXIV Festival of Ancient Music of Úbeda and Baeza (FeMAUB), in which an extensive program has been designed and with the novelty, in addition, of the live broadcast over the Internet ” as a global window “from which to enjoy these proposals and learn about the richness of the two World Heritage cities of Jaen.

The Chapel of San Juan Evangelista (Old University) of Baeza is the scene of the opening event, scheduled at 1:00 p.m. It can also be followed on Facebook, Twitter and the YouTube channel (‘https://www.youtube.com/c/FestivaldeMúsicaAntiguaÚbedayBaezaFeMAUB’) of the festival, which this year puts the thematic focus on the so-called ‘Mvsica Hvmana’.

The repertoire that El León de Oro will offer is a sample of the polyphonists who contributed to making Spain one of the greatest European powers in the field of imitative composition and contrapuntal technique during the 16th century, as reported by the organization.

One of the characteristics of FeMAUB is the research work carried out by many of its guest artists in collaboration with musicologists, as is the case with these patrimonial recoveries by Jorge Martín for the Ars Subtilior publishing house and by Marco Antonio García de Paz y El León de Gold in the field of interpretation, with works by renowned Spanish masters, such as Juan Navarro, Melchor Robledo or Diego Ortiz.

El León de Oro is a vocal group with 24 years of existence, whose repertoire ranges from the masters of the Renaissance and Baroque to the most avant-garde works. He has offered ‘a cappella’ music all over the world and collaborated with important orchestras.

His greatest worldwide recognition was the first prize at the London International for Cappella Choir Competition in 2014. He has released the CD ‘Amarae Morti’ (2019) with the English label Hyperion Records and in 2020 he will release another dedicated to Guerrero, directed by Peter Phillips and its director García de Paz, professor at the Milano Choral Academy and principal director of the Young Choir of Andalusia.

80 percent of the festival’s programming (including the performance of El León de Oro) is free to enter, although it is necessary to register in advance at the web address’ https://festivalubedaybaeza.com/reserva-de-plaza-de- free-concerts / ‘. Tickets for paid concerts are available at the following link: ‘https://festivalubedaybaeza.com/comprar-entradas-festival-musica/’.

With ‘Mvsica Hvmana’ as its axis, this fourteenth edition wants to vindicate the role of those who make it possible for music to be enjoyed live. In times of pandemic, this reflection comes from the organization to praise the work of interpreters, composers, producers, promoters, labels, technicians and a long list of people necessary for the machinery of a festival to roll perfectly. In fact, they are the protagonists of this edition’s poster, whose faces can be seen in a colorful background that makes up the main design.

The Úbeda and Baeza Ancient Music Festival is organized by the Andalusian Council for Culture and Heritage, the Jaén Provincial Council, the Úbeda and Baeza Town Councils and the International Universities of Andalusia, Jaén and UNED, with the co-production of the National Center for Musical Diffusion (CNDM) and the private sponsorship of the Unicaja Jaén Foundation and the Caja Rural de Jaén Foundation.

As a prelude to this event, since last November 1, the Vandelvira Festival of Ancient Music (FeVaMA) has been held. A provincial circuit that was born from the evolution of the old Music in Monuments Cycle of Vandelvira, so that it takes on its own entity as a festival thanks to the Provincial Council of Jaén, in collaboration with the host municipalities and the Bishopric of Jaén.

To date, ten concerts have taken place in various municipalities of Jaén, with public and critical success. The reduced capacity and the health security protocol remains active for all scheduled dates, which continue this weekend.

Thus, the program ‘De humana fragilitate’ is scheduled for Saturday at 6:00 p.m. in the Cathedral of Jaén. It will have Jorge Enrique García in the direction and will have a liturgical celebration. On Sunday Aquel Trovar travels with ‘Las dazas de la vieja Europa’ to Arjona at 10:00 a.m., while Sorihuela de Guadalimar and Alcaudete will receive De Humana Fragilitate and Charanda, at 11:00 a.m. and 7:30 p.m., respectively .