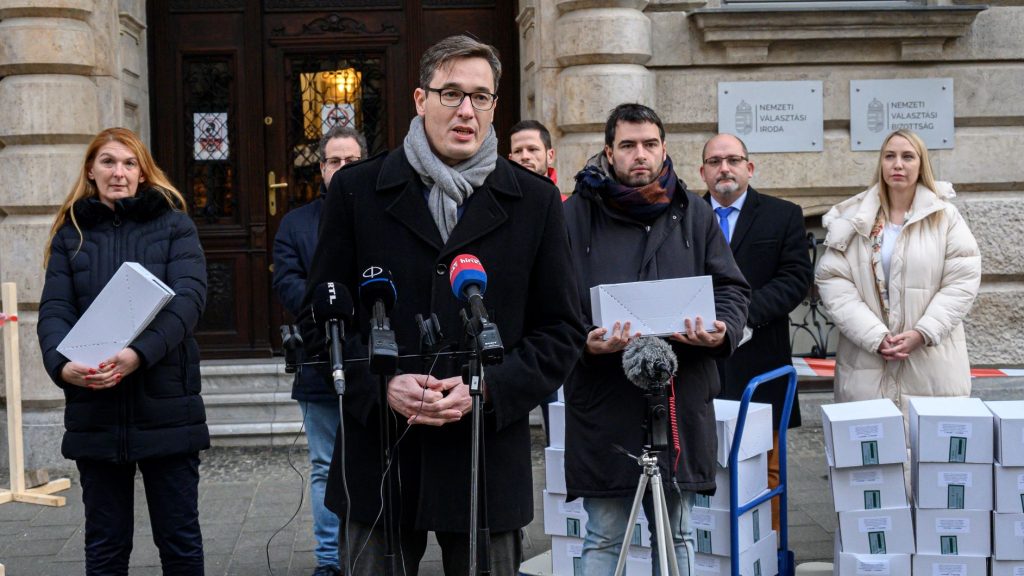 A press conference and a street forum were held on Friday morning at 9 a.m. in Zsigmond Móricz Square, where the opposition is a joint candidate for prime minister. Péter Márki-Zay also spoke. The event focused on the issue of Fudan University and the extension of the jobseeker’s allowance. referendum initiative he also talked about his achievements so far and the aspirations of opposition politicians for a change of government.

Anna of Russia, The deputy mayor of Újbuda and the joint opposition candidate of the constituency said at the beginning of the event: the opposition parties and their activists have so far

170,000 signatures were collected at the signature collection desks set up in Budapest and across the country.

He, too, and the opposition politicians who continued to speak, urged anyone who had not yet signed up to take the opportunity in the coming days to cast the sheets soon.

Péter Márki-Zay, the opposition’s joint prime ministerial candidate, called Fudan a “Chinese-communist-migrant university”, according to him, Hungarian children cannot pay the 3 million tuition fee anyway. He also spoke about the cabinet of the opposition shadow government, which will bring together experts to return Hungary to the west. According to the candidate for prime minister, the only issue in the referendum is:

Fidesz or not Fidesz.

Christmas Gergely The mayor of Budapest also spoke at the forum, most noting that the case of Fudan University “exposes the deterioration of Fidesz”, as the ruling party is trying to establish itself as an anti-communist party, yet it wants to bring a communist university to Hungary. According to the mayor, the realization of the referendum and its success would not finally confront the people of the countryside and the people of Budapest, but would raise them together. Christmas said of the signature collection:

each signature is another nail into the coffin of the Orbán system.

The other opposition politicians present took turns to Ágnes Kunhalmi, the co-chair of the MSZP stressed the failure of the Fidesz-KDNP government’s work-based social vision and urged the state to take responsibility, saying that a government cannot pursue austerity policies against workers.

Jakab Péter, the president of Jobbik was away from the event again, just like the year first common opposition movement. James Z. Carpathian Daniel, was replaced by the vice-president of the party. Z. Carpathian called the government’s communication a factory of lies and criticized the difference between the increase in apartment prices and the minimum wage.

Péter Ungár A member of parliament and a member of the board of the LMP spoke about the growing public debt and the financial dependence on foreign power associated with the arrival of Fudan University in Hungary.

Both Péter Márki-Zay and Ágnes Vadai the freezing of the price of chicken carcasses was central to the speech of the Vice-President of the Democratic Coalition. Yesterday’s government announcement on official prices after the opposition communication, this is an “all-encompassing measure”.

During the speech of Péter Márky-Zay, an older gentleman started to push among the politicians, who called on the candidate for prime minister to continue his activities in the countryside in the form of obscene expressions. In response, MZP said it was the result of the Fidesz government’s incitement to hatred. He emphasized that he and his government were trying to build a Hungary of love and bring the prosperity that characterizes the corruption-free countries of the European Union.

Highlight: Mayor (s) Gergely Karácsony will hold a press conference on 15 December 2021 after receiving the signature collection forms required for the referendum initiatives submitted by him. The collection of signatures for the referendum on the Student City and the 270-day job-search allowance will begin, the mayor announced.