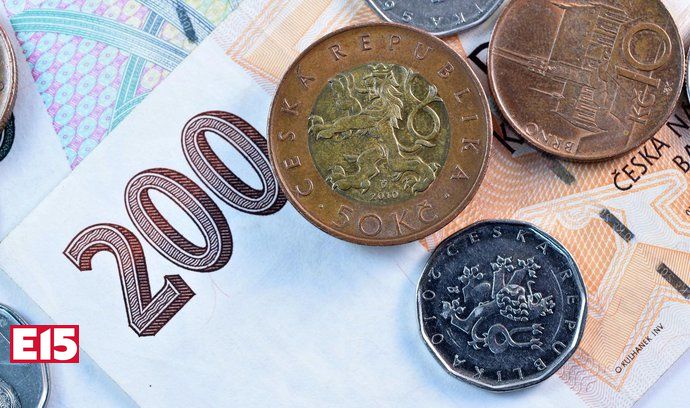 “Reports of renewed economic closures in Austria and the continuing explosion of epidemic statistics in other Central European countries have frightened investors so much that they have given up the region and fled to safety,” explains Raiffeisenbank analyst Vít Hradil.

“In general, all currencies in Central Europe are weakening, including the koruna. This caused the weakening of the euro against the dollar due to the unfavorable development of the pandemic in Europe and at the same time the outlook for the Fed’s earlier tightening of monetary policy, “agrees Jakub Seidler, chief economist of the Czech Banking Association.

The koruna and the surrounding currencies of the region are not doing very well today, given the unfavorable pandemic developments in the EU and the weakening of the euro against the dollar. The koruna is thus again above CZK 25.4 per euro pic.twitter.com/kzfzyv3zO2

Agency Bloomberg cites as further reasons the migration crisis on the Polish-Belarusian border or the disputes between the Polish and Hungarian governments and Brussels over the rule of law.

The market ignores the rise in rates

The Czech currency started last week at a rate of 25.2 against the euro. However, in the end, it weakened by almost one percent. It depreciated as much as 2.5 percent against the dollar, where the capital of frightened investors was primarily directed, and failed even at the beginning of this week, when it traded around 25.45 euros. “The market completely ignores the massive rate hike that the Czech National Bank has embarked on,” concludes Tomáš Pfeiler, portfolio manager at Cyrrus brokerage company.

The Hungarian forint reacted similarly, falling by 0.8 percent against the euro to a record low of 370.22 on Monday. At the same time, Budapest will most likely raise the key interest rate for the third time in two weeks on Thursday.

The Polish zloty again recorded the historically worst exchange rate against the Swiss franc on Monday. The euro has been the most expensive for Poles since 2009, cost 4.71 zlotys, the economic daily recalls Republic. However, the zloty was immediately helped declaration Polish Prime Minister Mateusz Morawiecki, who promised that Warsaw would do everything in its power to strengthen the currency at least slightly.

The outflow of investors from the markets of Central and Eastern Europe is also evidenced by the development of the stock index MSCI EM Eastern Europe. He surrendered almost five percent at the beginning of the week. At the same time, the weakening of the national currency is more of an advantage for an export-oriented economy such as the Czech Republic. “However, the central banks are struggling to fight rising inflation,” warns Česká spořitelna economist Michal Skořepa.

The government’s response will be crucial

Experts agree that it will be crucial for the markets in the coming weeks how politicians will react to the new wave of the pandemic and whether they will fight the disease more effectively than before. “The Czech government still does not allow blanket closures, but after previous experience, we also know that this may not be the last word,” notes Hradil.

Everything you need to know about rising inflation:

Other experts are a little more optimistic. “In the koruna’s exchange rate, the pressure to weaken due to the pandemic situation is probably already captured, as well as the difficulties caused by the lack of chips in the automotive industry. The koruna is likely to strengthen gradually in the coming months as the Czech National Bank raises the repo rate, ”says Skořepa.

“I expect the slump to resolve itself. Political risks will gradually subside and investors will once again focus on the koruna as an attractive currency, ”adds Pfeiler.