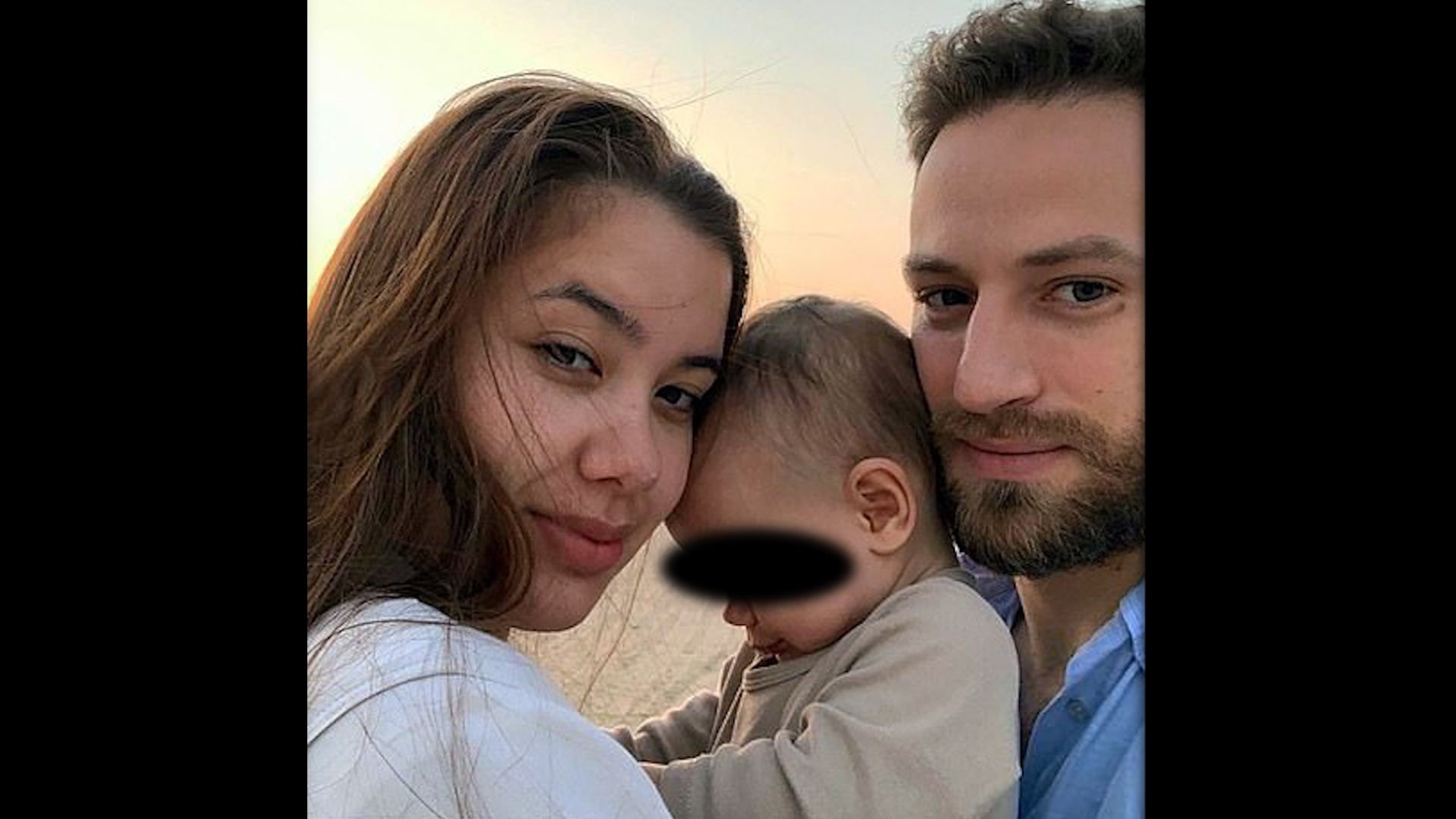 The murder that shook Greece is solved after more than a month. Babis Anagnostopoulos, a 33-year-old Greek helicopter pilot, has confessed to killing his 20-year-old British wife, Caroline Crouch, in a fit of rage after threatening him with divorce.

The police officers went to the funeral for the pilot, where he hugged the murdered mother. They took him under a false pretext. | Video: Asociated Press

All the time before, Anagnostopoulos had told police that the mother of their 11-month-old daughter Lydia had been the victim of a robbery on May 11, during which she was to be strangled by unknown robbers in the Athenian suburb of Glyka Nero.

He then tried to arrange the crime scene himself by strangling a grown-up husky puppy on the stairs. He assumed that this would distract him and no one would suspect him of the crime. He removed the memory cards from the cameras, broke the window. He tied himself up and called the police.

For Anagnostopoulos, on June 18, the police came directly to Caroline’s funeral, where he hugged her mother. At the ceremony, they told him that they needed him to identify the suspect.

The pilot was “betrayed” by modern technology
After several hours of questioning, Anagnostopoulos finally confessed to the crime. Not only did the police not find evidence that strangers were moving around the house. They also found that the bruises after tying on the man’s wrists did not correspond to the time he claimed was tied.

However, modern technology also helped the police to convict Babis Anagnostopoulos. Communication from a cell phone showed that there had been a series of quarrels between the couple that night, and his wife was looking for accommodation so she could leave the house with her child. Thanks to the pilot’s mobile phone, the police also found out that he was moving around the house at the reported time of the imaginary assault.

Again, the wives read from the wife’s watch that she had died hours before the alleged murder was reported. “At 4:05, her sleep pulse suddenly increased by 50 percent. At that time, the person was in an extreme state of mental and physical stress. Dying lasted from 4:05 to 4:11,” the Greek coroner was quoted as saying by the Daily website. Mail.

The man told police he staged the story so he could stay with the baby. He is now facing life imprisonment.