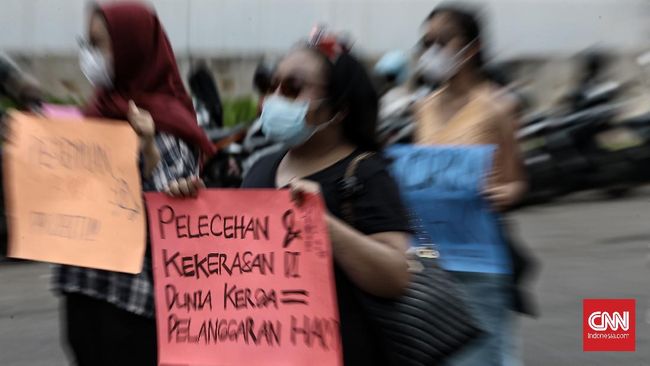 Activist woman Devi Asmarini assessed that forms of sexual violence in the form of rape and Online Gender-Based Violence (KBGO) were vague in the Draft Law on Criminal Acts of Sexual Violence (RUU TPKS).

“The definition of rape has just been changed and made more disguised or made indecisive, KBGO is not accommodated even though cases of sexual violence on social media continue to occur during the Covid-19 pandemic,” Devi said when contacted. CNNIndonesia.com, Wednesday (8/9).

Devi also criticized the matter of compromise in the DPR to change the PKS Bill which details forms of sexual violence to victims’ recovery efforts, into a TPKS Bill which only focuses on taking action against the perpetrators.

“The initial draft of the PKS Bill has been bounced around for years. In the end, when it entered the Legislative Council, there was a compromise which resulted in the most fundamental changes from title to article,” said Devi.

See also  Turn in the investigation ?: a woman stated that she had taken Facundo Astudillo Castro to Bahía Blanca in her car

“I think this is worrying, even though it is still being discussed in Baleg but there are still internal conflicts, so this bill is still vulnerable to being bounced back and not being ratified,” he continued.

Deputy Chairman of the Legislation Agency (Baleg) of the DPR RI, Willy Aditya, said that the Draft Law on the Crime of Sexual Violence (RUU TPKS) was still in the initial draft status, and his party was still receiving various criticisms from various groups.