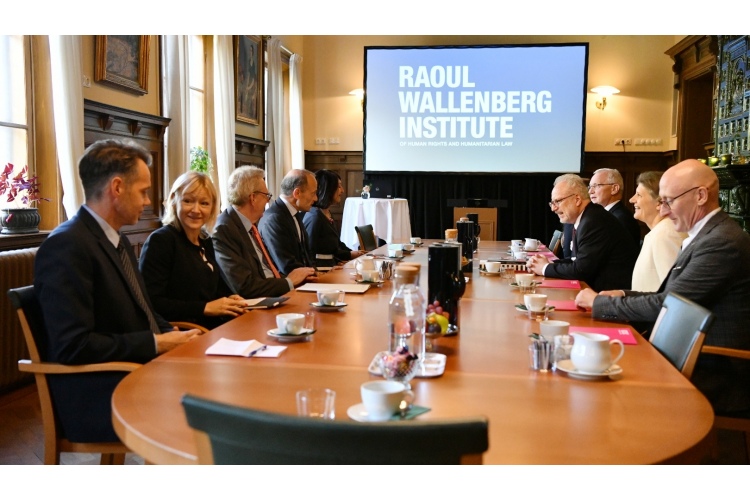 On 13 October, during a working visit to the Kingdom of Sweden, President Egils Levits met with representatives of the Raoul Wallenberg Insitute and discussed human rights issues. The institute conducts research in the field of human rights and implements programs in 40 countries around the world.

In a conversation with the Institute’s management, human rights issues were discussed from various perspectives, including the economy, digitalisation and the COVID-19 pandemic. The President emphasized that human rights go beyond their legal dimension.

The President emphasized that fundamental human rights are universal, while some human rights are closely linked to the culture and traditions of the respective society. The interlocutors discussed experiences in providing human rights support in various countries around the world, especially in the EU’s Eastern Partnership.

Human rights challenges and development perspectives were also discussed. The participants of the conversation agreed that there is an increased polarization in the society, which is especially promoted by the influence of social media.

Representatives of the Institute introduced the Ravensbruck archives to the President (Ravensbrück archives), which provides documentary evidence of the approximately 20,000 survivors of Nazi concentration camps evacuated to Sweden at the end of World War II.

Office of the President