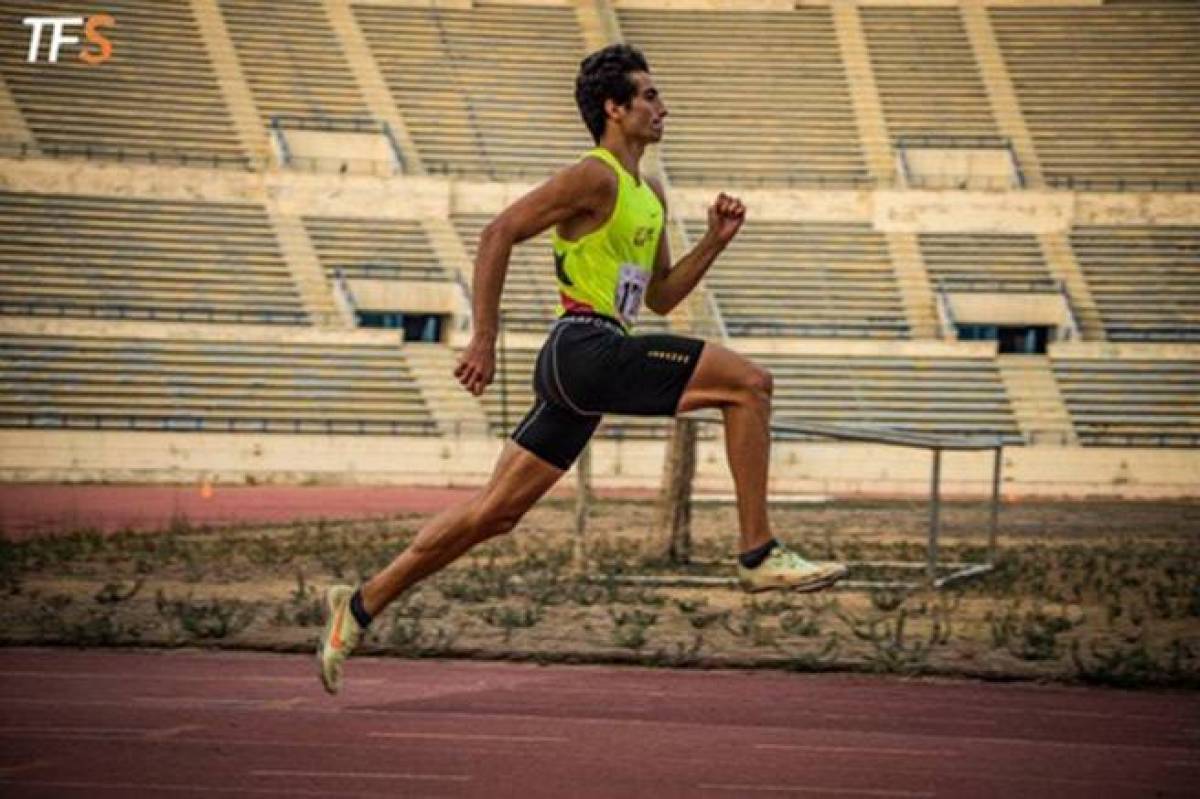 The name Marc Anthony Ibrahim has emerged in the world of athletics for several years as a promising runner awaiting him with a great future in athletics due to his great technical capabilities, which led him to break his record in the 400-meter hurdles four times since the beginning of this year.

With every 400-meter hurdles race, Ibrahim is an extraordinary candidate for the title of the race and his last title in the Lebanese Championships, which was organized by the Athletics Federation a week ago.

ninth in the world

Ibrahim draws the attention of observers and followers of the “Queen of Games” during competitions and tournaments, and you see that the eyes are directed towards him to join this club or that until the “Litz Run” club, which was few years after his birth, succeeded with distinguished results in his inclusion to complete the career of this player and develop his abilities under the supervision of coach Dr. George Assaf.

“Al-Diyar” met the star player Marc Anthony Ibrahim, who started his speech by saying, “I was born in 2002 and began my training at the Champville Club, then I moved to the “Litz Run” club and trained under the supervision of the able coach, Dr. George Assaf, and I am glad to be in this club, which is supported by businessman Mario Saradar Assaf is the coach of the club’s elite players, and I abide by his training instructions and implement them strictly.”

On his recent international results, Ibrahim replied, “I ranked ninth in the World Under-20 Championship that took place in Kenya a short time ago, and I would like to point out that I qualified for the World Championship thanks to my number and not by a “wild card” (wild card). And my last local participation since About a week in the Lebanese championship and I won the 400m hurdles title.I am waiting for an external participation in the Mediterranean championship, which will be held in Italy next September. This is a great international honor.”

Regarding the number of training hours, Ibrahim replied, “Between 5 and 8 hours a day, six days a week, at the Antonine University stadium (Baabda – Hadath), and I thank the university administrators for allowing me to train on this beautiful track. He also trained at the Performance First club and was subjected to I am studying computer science at Antonine University and I would like to point out that I was chosen as the best athlete in athletics in 2022. I have broken my record four times in the 400-meter hurdles since the beginning of this year and my current record is 50.97 seconds although I I broke the 400m hurdles record for the first time held by runner Ali Hazer in July 2021 and my hobby is breaking my records. I also hold the record for the 400m and 400m hurdles for under-20 and under-18.”

And Mark Anthony thanked his family who have supported him since he entered the world of athletics.

Ibrahim described the relationship with his coach, George Assaf, as “excellent, and he is like a father and a brother.”

In conclusion, Ibrahim renewed his thanks to the supporter of the Let’s Run club, Mario Saradar, to the club’s president, Marie-Therese Saba, and to the administrative committee for their professional work.

See also  Brian Jackson, star of the famous commercials, passed away at the age of 91 after a long illness - Corriere.it