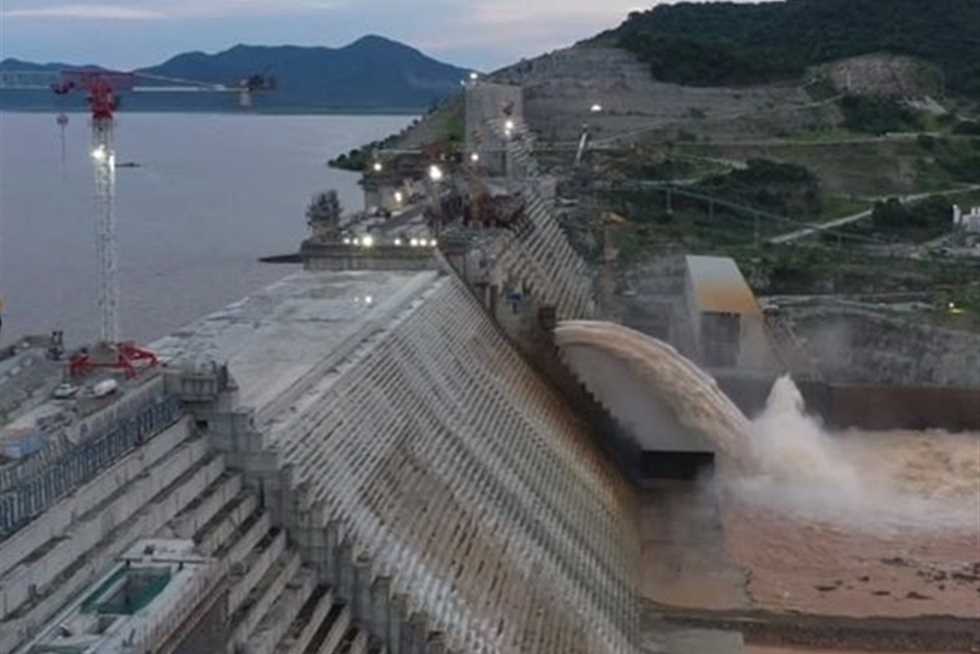 Dr. Abbas Sharaki said that satellite images show that the flow of water from the top of the central passageway has stoppedAlNahda damOn March 15, 2022, as expected.

The professor of water resources and geology at Cairo University said, through his Facebook account: “Ethiopia opened the two drainage gates last Saturday, March 12, 2022, after the failure of turbine No. 10, which was announced to operate on February 20, to pass the excess water that crosses the middle passage, which is about 30 million cubic meters per day during this period, as well as not operating the second turbine so far.
He pointed out that the flow of water from the top of the middle passage has stopped, because the discharge of these gates is about 30 million cubic meters at the current lake level (576 meters above sea level), as it shows its flow through the two drainage gates on the western side, as well as the work of turbine No. 10. And that through the water swirls that come out to the reception basin.
He continued: “Work may begin over the middle corridor in the coming days after the water has stopped, and it is expected that the ramp will be less than five meters this year, with a storage of about 2 billion cubic meters, and in the case of ramping more than that, the two sides must also be raised to the same extent, which is what It is difficult to implement during the remaining period less than 4 months. The height of one meter, including the sides and the middle lane, requires 60 thousand cubic meters of concrete.

Sharaki had previously pointed out that opening the two gates is the first step of the third storage, after the turbines were unable to drain the middle passage.
He stated that three and a half months remain until the flood begins, and every meter that is raised with a length of about 1000 meters will store half a billion cubic meters, adding that the ramp at the current level on both sides is accompanied by artworks related to the upper turbines, which makes it need double time.