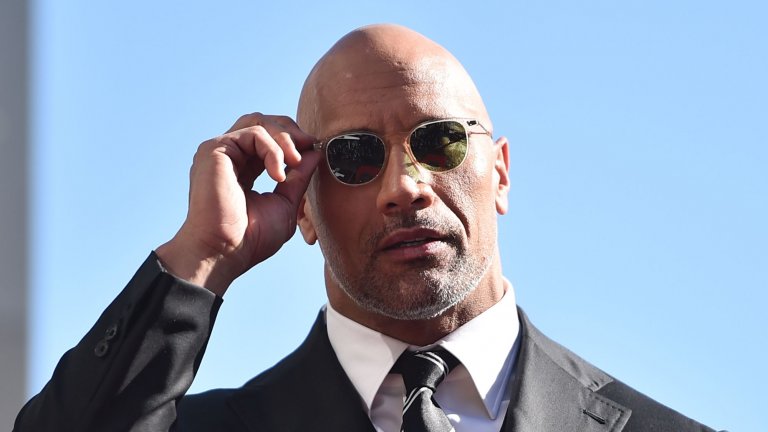 Dwayne Johnson-The Rock wants to be the next James Bond.

The actor himself stated this to Esquire in a new interview. After Daniel Craig ended up playing Agent 007 in “Death Can Wait,” the big question is who will be next.

Johnson says his maternal grandfather was a villain in one of Agent 007’s movies with Sean Connery. It’s about “You Only Live Twice” from 1964, where Peter Mayvia, the father of Rock’s mother, plays a mercenary working for the villain and agent of SPECTRUM, Mr. Osato.

Mayvia even has a scene where she fights Bond (Connery) in Osato’s office.

“I want to follow in his footsteps and be the next Bond. I don’t want to be a villain. I have to be a Bond,” Scala said in a video interview, and it’s not sure if he’s joking or serious.

To some extent, the rock was already following in his grandfather’s footsteps. Like Johnson’s father, Peter Mayvia was a wrestler active in the 1960s and 1970s.

The scale, whose film career spans two decades, has experience as an undercover agent or government official. He plays an agent of the Diplomatic Security Service in the series “Fast and Furious”, the CIA in the comedy “Agent and 1/2”, and in his latest action “Red Bulletin” (Red Notice) as a profiler for the FBI, who helps Interpol.

However, it is difficult to imagine him as part of MI6, at least because so far the actors in the role of Bond have always been fair-skinned Britons. Johnson appears to be a nearly two-foot-tall naked American who is half-black and has Samoan roots. The discrepancy is not negligible.

The bookmaker’s favorite for next agent 007 is actually Tom Hardy (“Venom”), followed by the surprising inclusion of Tom Hopper (The Umbrella Academy).

The top 5 includes Richard Madden (Game of Thrones, Bodyguard, The Eternal), Reggae-Jean Page (Bridgerton) and James Norton (McMafia). For now, however, the creators of the film series are in no hurry to announce Craig’s successor.

It should be mentioned that the former wrestler, who switched to cinema, has already starred in a movie for 007. It’s about Dave Batista (“Blade Runner 2049”, “Guardians of the Galaxy”). There he played the role of the beater Mr. Hinks in “Spectrum” (2015) and faced Craig.

This type of muscular bald man in the movies in the series has always been in the role of the mercenary working for the main villain, so the Rock – if serious – in this case aims at too much challenge.

And as much as the audience knows how to gather in front of the screen, being a Bond may not be a good idea.