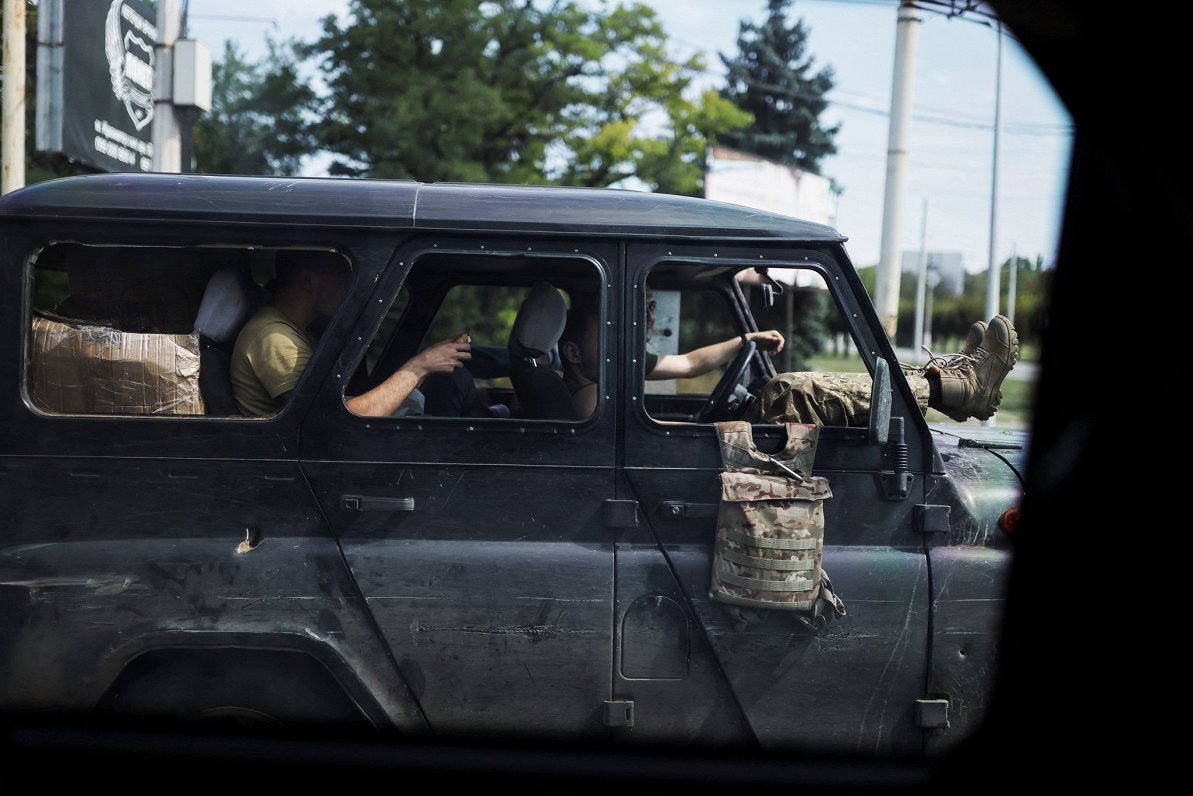 Ukraine: Russian army is unable to reach the border of Donetsk and Luhansk regions

The Ukrainian side reports that the Russians have suffered the greatest losses in the past 24 hours in the direction of Donetsk. As the head of the administration of Luhansk region, Serhii Hayday, admitted, “after a fairly quick capture of Lisichansk, the enemy cannot overcome a distance smaller than the territory of this city.” According to him, each subsequent kilometer is conquered after significant losses. What Hayday wrote on the Telegram website coincides with what was mentioned in Sunday’s summary of the General Staff of the Armed Forces of Ukraine about the events at the front. Attacks by the occupiers have failed in several places.

The Russian army also unsuccessfully tried to invade the village of Pisku in the Donetsk airport area. Attacks on the village are frequent. Although Russia’s Defense Ministry said it had taken full control of the village, a British military intelligence report on Sunday said fighting there was likely to continue. According to the analysts of the US-based think tank “War Research Institute”,

Russian attacks in the east could be an attempt to lure Ukrainian equipment and personnel to the northeast of the Donetsk region.

This could be done in order to divert the attention of the Ukrainian army from the critical areas in the south, where the Ukrainian troops are carrying out effective counter-attacks.

In the south, rocket attacks were again carried out at night on the Antonivka bridge over the Dnieper in Kherson, occupied by Russian troops. This was confirmed by the press representative of the “Dienvidi” command. The bridge has already been fired upon several times. Ukrainian forces have damaged a total of three bridges over the Dnieper River, preventing Russian troops from moving forces. US analysts note that,

if one of these bridges is not restored for a long time, Russian forces on the west bank of the Dnieper will likely lose their ability to defend against even limited Ukrainian counterattacks.

Meanwhile, the Main Intelligence Department of the Ministry of Defense of Ukraine reports on its “Telegram” channel on Sunday that the crews of the plane that launched the missile at Ukrainian civilians are already aware that the leadership of the Russian army will continue to shift responsibility for war crimes to the direct perpetrators. Therefore, the pilots are collecting documentary evidence of the orders they received, which they plan to submit to the international tribunal about the leadership of the Russian Federation. Also, intruders from the Russian Aerospace Forces are “attempting to destroy any evidence of their involvement in the killing of Ukrainian civilians.” By offering bribes, the occupiers try to remove information about themselves from the documents.

On February 24, 2022, Russian President Vladimir Putin ordered to start invasion of Russian troops in Ukraine. Putin claimed that NATO was going to use Ukraine as a springboard for aggression against Russia, although there was no evidence for these claims. Ukraine believes that Putin’s real goal is to destroy Ukraine’s statehood and bring the territory under Moscow’s control.

Russia at the beginning of hostilities captured the city of Khersonbut the defenders of Ukraine succeeded repel an attack on the capital city of Kyiv. Russian troops committed massive war crimes in the cities of Kyiv region, killing civilians. After a long resistance, in May, the strategically important area came under the control of Russian forces Mariupol city.

After withdrawing from Kyiv, Russian troops have focused their attention on eastern Ukraine, where they took control in July the entire territory of Luhansk region. However, in other places, the occupying forces have not managed to make significant progress. Ukraine receives more and more modern weapons from the West and carries out counter-attacks to retake the occupied territories.

Russia’s aggression against Ukraine has caused a general condemnation of the international communityagainst Russia is done more and more sanctions are introduced. Many western companies have decided to leave the Russian market.

See also  OUR NEWS. There will be a new border barrier!