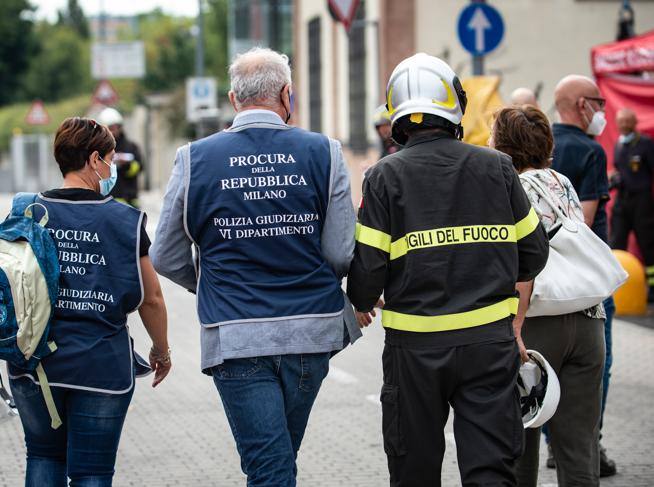 Stefano Marsella, central director of the fire prevention sector for firefighters: «The guidelines, already mandatory, date back to 2013. The new text is more restrictive. What worked? The stairs, compliant with an adequate reference regulatory system “

«Fire safety in the facades of residential buildings? Of course there is the norm. It is precise and detailed, adopted with the decree of 25 January 2019. It recalls the guidelines dating back to 2013 which, since 2019, have therefore had the value of a technical and therefore mandatory rule “. To explain it to the Corriere della Sera
is Stefano Marsella, central director of the fire prevention sector of the fire brigade.

Engineer, what does the decree contain?

«Specifies the requirements for fire resistance and partitioning of the elements
constituting the façade, the choice of suitable materials and the measures related to the evacuation of people present and the safety of the rescue teams. But we as the Ministry of the Interior have also approved a technical regulation that updates some safety measures on the materials to be used in the insulation of buildings. The text will be published in January 2022, after joining the European Commission ”.

The skyscraper in Milan that lit up like a match it would have been built before 2013. Who designed it would then have had to adapt to the technical rule of that same year and to the 2019 decree?

«Premise: I will not enter into the dynamics of the fire in via Antonini because there is an ongoing investigation. In general, I can say that when a new decree comes into force, adjustment times are given in case of new works to be carried out, as in the current case of the superbonus. The 2013 guideline established many things and the decree defines further points. It places more restrictive conditions on the use of materials that must comply and assembled as required with the test standards to be passed, appropriately compartmentalized. Compliance with the assembly instructions is decisive. This is because if I use a material that conforms to the standard, putting another thing on it, I frustrate everything. While if one piece catches fire you have to be sure that it takes a long time before it spreads to the other, the requirements of susceptibility and resistance to catching fire must be respected ».

Let’s assume two situations. A skyscraper built before 2019 and one after …

“The one raised in compliance with the 2019 decree must be built according to the approved technical rule, while the one built previously must be adapted in case of works involving more than 50 percent of the facade”.

Does the decree provide for sanctions?

“Of course, in addition to the general provisions of the criminal code, the sanctions that fall within the scope of the workplace safety regulations are applied”.

Yesterday in via Antonini it could have been a tragedy quite similar to what happened four years in London, at the Grenfell Tower. The balance, on the other hand, was of some intoxicated. This is thanks to the immediate intervention of the fire brigade …

«I limit myself to objectively observing the facts: the people present have all reached a safe place. The condominium stairs were evidently wide, reachable immediately. Architecturally, think well in case of danger because they comply with an adequate reference regulatory system. But then of course, even those firefighters who knocked on every apartment to make sure everyone was out were decisive … ».