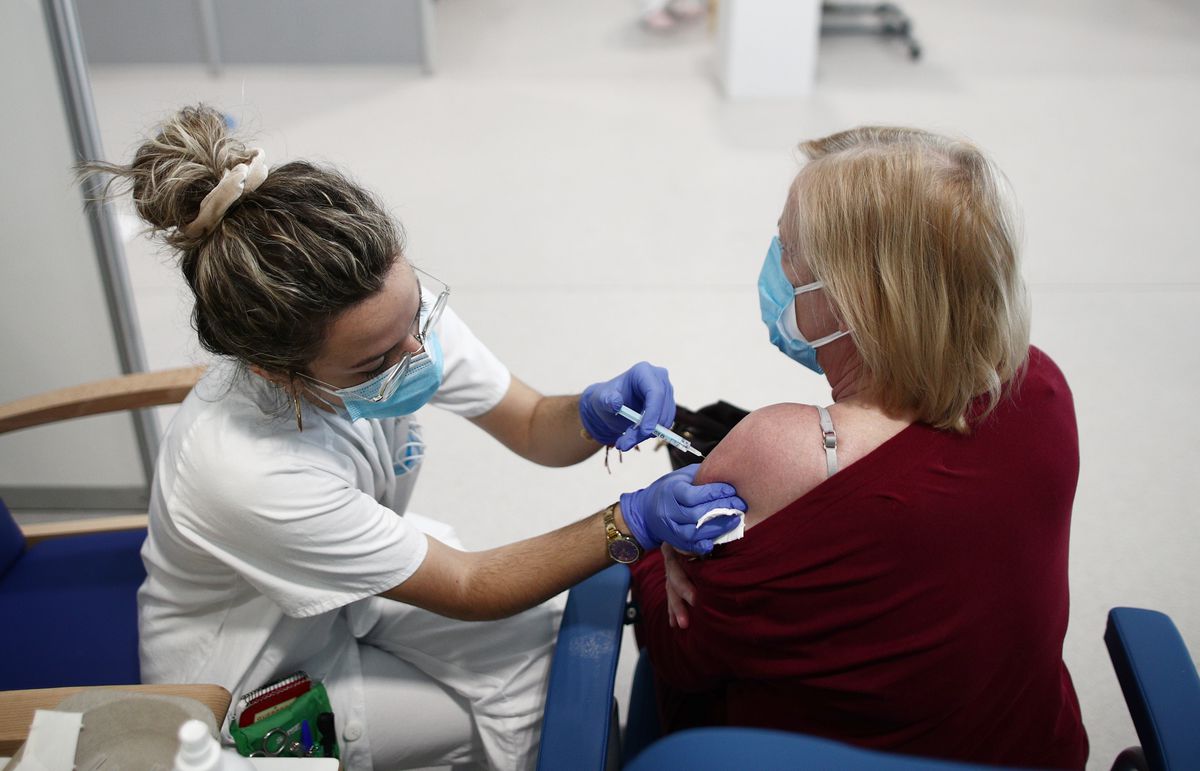 Almost all decisions have pros and cons. Vaccinating those in their sixties with AstraZeneca allowed them to receive partial protection quickly, even before the septuagenarians, but delayed the entire pattern for them. The drug’s technical data sheet recommends the second puncture between 10 and 12 weeks after the first (the vaccination strategy in Spain recommends 12), versus three to four for Pfizer and Moderna. This slows the rate of full immunization for people between the ages of 60 and 69: 25.1% have received it, compared to 35.6% of those who are between 50 and 59 years old, which makes those in their sixties the most vulnerable group to new variants.

The Community of Madrid has decided this Friday to move tab and advance the second dose of AstraZeneca for those over 60 to 11 weeks. Antonio Zapatero, Deputy Minister of Public Health, has argued that it is a decision made in the face of the threat of the delta variant (one that originated in India), reports Isabel Valdes. “The most important thing now is to close the vaccination of the second dose to those between 60 and 69 years old, that is where we are reinforcing,” he said.

In the United Kingdom, whose strategy was in principle to give a single dose to as many people as possible so that they could generate some immunity and not give priority to the second, they found that as the delta variant spread, the number of infections rose. Especially among unvaccinated people, but also among those with a single dose. According to its institute of Public Health, the protection of Pfizer and AstraZeneca with an injection is only 33% against this variant, compared to 50% against the alpha variety (the British one). To complete the immunization of those who received a needle stick, the British health system is trying to speed up the second doses as much as possible. With them, the protection seems very similar to that of other variants.

At the moment, there is only preliminary data. As explained by Fernando Rodríguez Artalejo, Professor of Public Health at the Autonomous University of Madrid, in the absence of more detailed studies, the aforementioned figures refer to protection against mild and asymptomatic infection. “But it is not so clear what happens to hospitalizations and deaths, which have hardly increased in the UK,” he says. Amós García-Rojas, president of the Spanish Vaccination Association and member of the panel of experts who advise the Government, maintains that protection against the most serious cases remains very high with a single dose of AstraZeneca, and that there are no reasons to alter the vaccination plan. In addition, it has been shown that the immune response with this drug is greater if the two inoculations are more widely spaced.

Again, there are pros and cons. In the opinion of Federico Martinón, head of the Pediatric Service of the Hospital Clínico Universitario de Santiago, and adviser on vaccines of the World Health Organization, the option of advancing the second dose somewhat to accelerate the protection of those in their sixties is correct. “The most important thing is to protect the most vulnerable and these are now those over 60. I think a second dose for a 60-year-old is a priority than the first for a 40-year-old,” he says.

Martinón is in favor of “learning from the British”, making “smart decisions” and anticipating an expansion of the delta (Indian) variant through Spain, which he takes for granted. “We know that two doses is what really protects. Faced with a theoretical benefit of a greater immune response due to spacing them, we have a real and objective situation, such as completing the guideline to protect this population as soon as possible ”, ditch.

Artalejo admits that the Indian variant is expanding, but that it is not known “how fast” and is in favor of continuing with the plan outlined. “In the face of uncertainty, let us choose the right thing. Let’s take advantage of the month of June to continue vaccinating as quickly as possible: because this will also indirectly protect those who have a single dose: the faster we do it, the sooner we will cut off transmission. And if things get bad, let’s ask for an extra effort and protection from the most vulnerable, who are now those between 60 and 69 years old who have only one dose ”.

AstraZeneca’s drive supply shouldn’t be a problem for now, but it could be. There are about five million people with a schedule of this vaccine: 3.5 million in their sixties and 1.5 million essential workers under the age of 60. Sanidad planned to administer a second injection of Pfizer to the latter, but most are opting for AstraZeneca. In community warehouses there are 1.7 million doses of this drug without pricking, the inoculation of which could be advanced. What is not known is when the next shipment will arrive or how many vials it will consist of, since the deliveries of this pharmaceutical company are being late and irregular.