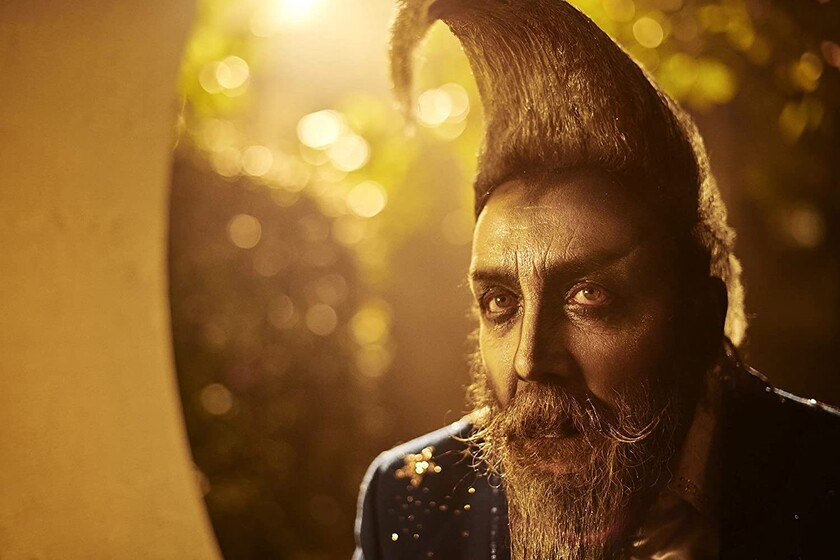 For better or worse, ‘Watchmen’ de Zack Snyder it has its defenders. What is clear is that Alan Moore (who possibly has not even seen her) is not among them: he has been since the times of ‘From Hell‘ Y ‘The League of Extraordinary Gentlemen‘denying the adaptations of his comics to the cinema. And long ago, by contract, Demands that your name be removed from the credits for adaptations that, owned by Warner / DC, has no ability to prevent. In fact, it also can’t prevent firefighter ideas from being carried out like the incursion of his characters from ‘Watchmen’ in the traditional universe of DC heroes.

In any case, Moore’s troubled relationship with film could change. And that change has to come, obviously, with a small film in which Moore has a say. Is about ‘The Show’, which now presents its first trailer, and which continues a series of shorts by director Mitch Jenkins (‘Act of Faith’, ‘Jimmy’s End’ and ‘His Heavy Heart’), all written by Moore and set in Northampton, the writer’s hometown of Britain.

‘The Show’ is a modest and independent film starring Tom Burke, who until now has been seen mostly in BBC series such as ‘The Musketeers’, ‘War and Peace’ or ‘Strike’. We have also seen him in ‘Only God Forgives’, by Nicolas Winding Refn, and possibly leap to stardom with his incarnation of Orson Welles in David Fincher’s ‘Mink’, of imminent premiere on Netflix.

Not much is known about the plot of ‘The Show’, and it is true that the trailer does not clarify more than the promise of a roller coaster of hallucinogenic situations. Burke plays Fletcher Dennis, “a man of many talents, passports and identities”, who is given the mission to recover an object lost by a rather aggressive client. You will have to enter a dream world hidden under our reality where all kinds of magical icons of pop culture coexist: vampires, private detectives, superheroes …

Moore himself gives life to a peculiar character related to the adventures of Dennis, of possibly magical origin, called Frank Metterton. If the movie is like the latest comics written by Moore (or his rambling novel ‘Jerusalem’) we can expect a fair amount of pop esotericism and hundreds of crossover references. The film can be seen at the Sitges Festival this year, in a global premiere.

Could the reception of ‘The Show’ restore Moore’s faith in film? Taking into account the displeasure that the medium has caused him and that has led him to refrain from commenting on products as enjoyable (and respectful) as the HBO series of ‘Watchmen‘or, to a lesser extent,’Swamp Thing‘, it’s doubtful. But As long as there are products like ‘The Show’ we can enjoy Alan Moore’s spiritual connection with the movies, which has never completely turned off as shown by works such as ‘Cinema Purgatorio’.