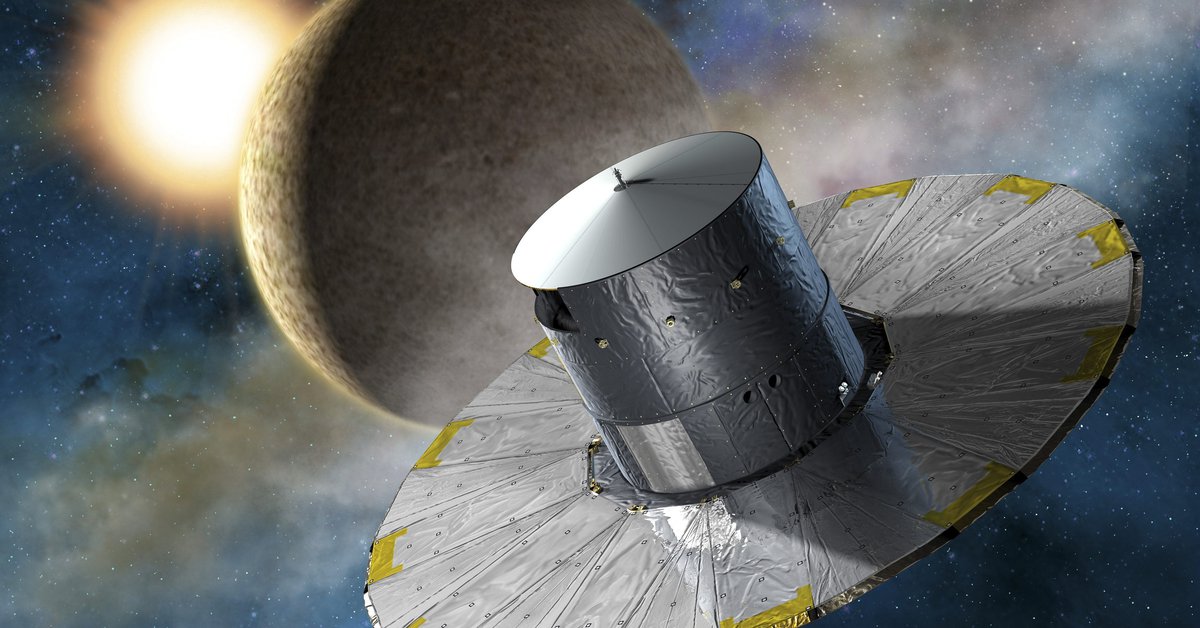 For María Teresa Antoja, astrophysicist and researcher, the question is to know how the galaxies move. Both she and other specialists are trying to confirm whether the alterations in the orbits of thousands of stars in the Milky Way are due to a shake caused by the approach of another galaxy. Many of the world’s astronomers and physicists are seduced by the life that seems to exist in the harmony of the immutable static that, in truth, turns out to be like an agitated choreography.

Antoja was born 40 years ago in Barcelona. She is an astrophysicist, a Ramón y Cajal researcher at the Institute of Cosmos Sciences of the University of her city. He did a postdoc at the Institute of Astronomy of the University of Groningen (Netherlands) and another in the European Space Agency (ESA). She was awarded the Marie Curie Scholarship in 2020.

After obtaining his doctorate, he has worked in centers of excellence such as Kapteyn Astronomical Institute at the University of Groningen and at ESA itself. She has been a principal investigator in projects of this entity. He is currently leading the research in galactic dynamics with data from the Gaia mission, the space probe launched in 2013 by the European Space Agency. She is the main author of the first article with data from Gaia published in the magazine Nature and also one of the four scientific verification articles in the most recent Gaia catalog.

“We assume it was Sagittarius 500 million years ago”, it is what counts in reference to the possible cause of the orbital movements. “It must be the arrow or the traveling spirit of the zodiac sign,” he jokes. That hypothesis has not yet been proven.

The following is the telephone dialogue that the Spanish astrophysicist had with Infobae:

“Researchers have been studying the motion and position of stars that are at the edge of the Milky Way, where it has never been measured before.”

-How was the Gaia mission born?

See also  The Spanish vaccine fully protects against the coronavirus ... in mice

– This space probe was launched in 2013, it has been providing daily information from a distance of a million and a half kilometers behind the Earth, in the opposite direction from the Sun. At that point, located diametrically opposite to the center of the Milky Way and which scientists call the galaxy’s “anticenter”, the visual field is clearer because there is less cosmic dust than in the center. From there, with this project, Researchers have been studying the motion and position of stars that are far away, at the edge of the Milky Way, where it has never been measured before.. The data obtained have made it possible to see the remnants of the 10 billion-year-old disk of the galaxy and determine that it used to have smaller dimensions.

-How is it that the Milky Way is devouring two others?

– The album was smaller before than it is now, it has grown over time. Normally galaxies increase in size because they have absorbed others. In this process, the stars do not go out, but they intermingle and move in the same way, forming something similar to jets.. These are the traces left by this phenomenon, which have also been observed on the occasion of the presentation of the last report of the project that we did at the end of last year.

-It’s exactly that. It is a process comparable to that carried out in working with fossils. If we know how the movement of the stars has been produced, it is possible to go back and forth to understand how the mechanisms of evolution were. Since the Gaia Space Telescope was launched in 2013, it has been sending information daily from a distance of one and a half million kilometers behind Earth. At that point, and thanks to the movement of the stars and their interaction, We have discovered that our “disk”, as astronomers usually draw our galaxy, is absorbing a small neighbor called Sagittarius at one end and, at the other end, a group formed by two other smaller ones, the Magellanic Clouds. Most likely, these will be absorbed by the Milky Way within billions of years, although it all depends on the amount of matter in the galaxy. This information is unknown, because we do not know how much dark matter it harbors.

-Why do they come together and not one annuls the other?

–We are not talking about destruction, but about the assembly of one galaxy with the other. Yes, it is true we have discovered the collision of the Milky Way with other neighbors because there are traces in the stars of those collisions. In 2016 the first Gaia data catalog was released, but it was thanks to the second, two years later with 1.7 billion sources, that we determined that our Milky Way merged with another galaxy ten billion years ago.

-What was the major contribution of the third batch of information surveyed?

-Having identified 1.8 billion celestial bodies in our Galaxy that have never been observed with such precision before. Although they represent only 1% of the stars in the galaxy, it is a fairly complete census. It has also allowed us to measure the acceleration of the Solar System. To achieve this, the observed movements of extremely distant galaxies have been used and it has been determined that the speed of the solar system changes to 0.23 nm / s. Due to this tiny acceleration, its trajectory deviates every second the diameter of an atom, which in a year is equivalent to about 115 kilometers.

-What is working now?

-The next data release is scheduled for 2022, and the Gaia Space Telescope will continue to send information until 2025, when the end of this mission is expected. We are targeting Andromeda, a nearby galaxy larger than our own, which is predicted to absorb the Milky Way over the long term, in billions of years. We want to know, for example, if the Sun was one of the stars that suffered alterations in its orbit or if this approach is responsible for the formation of the spiral arms of the Milky Way.

-In their works there are always spaces for something playful or to involve children in their interest in the universe. Why?

See also  ALL characters, how to get them and characteristics

– As a child I was curious about the universe. I kept awake on summer nights or at camp with friends under the stars. I could spend hours looking at their shapes and movements. It was not the only one. Many friends did the same. Not all of us were curious enough to turn to this discipline I want to spread the enthusiasm for knowledge, for knowing where we come from and where we are going, for letting ourselves be carried away by infinity without fear of tickling it. For this to happen, it is essential that real professionals appear to show them paths, to give them an example of what they can do. I think the same in terms of gender. My colleagues from Gaia told me a few weeks ago that the change is noticeable in the academic world where now there are male and female scientists in even numbers and that the number of girls who chose to pursue a scientific or technical degree was multiplied by seven. It was not always like this. But it is the responsibility of those of us who are in the field, doing science, to show ourselves as the possible way.

What the next NASA drone will look like to explore Titan, Saturn’s largest moon+

Why might the “buried lakes” on Mars just be frozen clay?
Perseids: tonight and tomorrow, the sky will provide the maximum peak of falling star showers