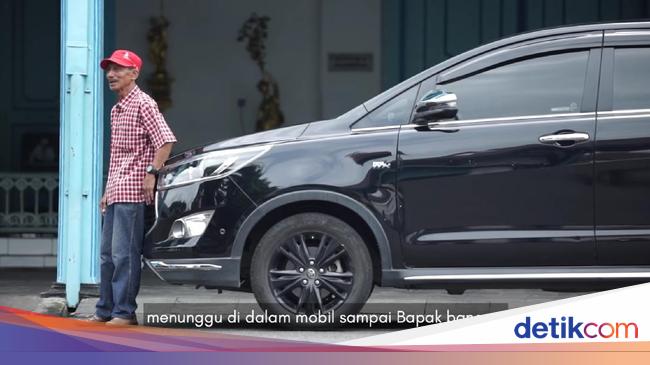 Former driver Jokowi Suliadi tells about daily life Jokowi while still serving as Mayor of Solo. One of them, he revealed that Jokowi had pushed a car when it broke down.

Before delivering Jokowi, Suliadi admitted that he often prepares snacks such as bread, boiled bananas, and boiled peanuts. Suliadi then recalled a unique story when he took Jokowi when he was still the mayor of Solo, for example when he returned from Semarang.

“Going home from Semarang, you’re sleeping. How come you didn’t wake up. When I thought about it, I was with the aide. Mr. Jokowi was asked, ‘It’s been a long time, sir, when you got home? an hour,” he said.

“Pak Jokowi asked why he wasn’t woken up. I answered, you seem very tired. So I and his aide waited in the car until you woke up, you woke up,” he said.

Then another unique story Jokowi is said to have pushed a car that broke down. At that time, Suliadi was taking Jokowi and Iriana around Solo, but his car broke down in a flood. At that time, Jokowi wanted to push his car and let the driver and his wife in the car.

“At that time, there was a flood in Solo, my father and mother were traveling around Joyotakan. After traveling for a long time like that, after a long time, want climb The embankment car immediately struck. I said, ‘Mr. who drives only, I push’, “said Suliadi.

“During your cooperation, I was never scolded. I am happy that you became President, I am basically happy, you are not of any kind. You have not changed for me,” he said.

According to him, Jokowi is an important figure in his life who made him what he is today. He hoped that Jokowi would always take care of his health.

“If it wasn’t for you, I wouldn’t be like that gini. Mr. Jokowi, take care of your health, Mr. Don’t forget to eat the same. I wish you a long life,” he added.

Widodo said that he had some memories of his family still living at Tirtoyoso’s house, including when he was in college he still lived there, then when he got his wife Iriana was also in the house.

“Well, time has progressed because, Mr. Joko became the mayor, he continued to move to Jakarta, Mr. Suli at that time contract I don’t know where, I was finally given a proper place to gather with his family at Mr. Joko’s house. It is very noble,” said Widodo.