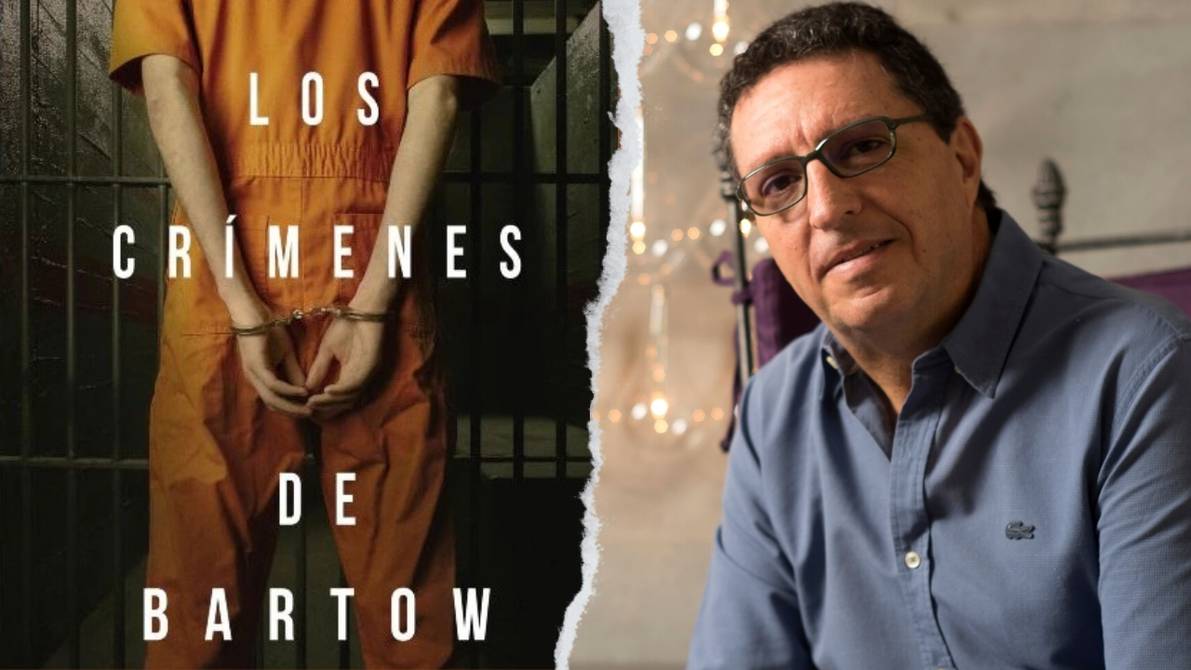 In ‘The crimes of Bartow’ he tells -with evidence- the story of Nelson Serrano, the longest-lived prisoner on death row in the United States.

The front flap of his book does not carry the traditional author’s presentation; instead, Oscar Vela it exorcises from the outset the bitter taste of injustice. “I am tormented by the thought that all legal recourse will go wrong once again and that Nelson will end his days in that gloomy room called execution room, observed by several morbid like a circus animal …“, write on The crimes of Bartow, his recently published novel.

The play tells the story of Nelson Ivan Serrano, a former Ecuadorian businessman who was accused of a quadruple crime perpetrated on December 3, 1997 in the city of Bartow, Florida. Today, Serrano, aged 83 and 18 of them in prison, is the longest-lived prisoner on death row in the United States.

Ecuador requested precautionary measures to stop the execution of a compatriot

“There is no fiction in the novel, it is told as things have happened; the part of the crimes itself, of the brutal fact of the four murders, is the one that appears in the judicial files, but with the eyes of a lawyer, a writer and many other people who have helped me discover things there truly sinister “says Vela in an interview with this newspaper.

Its 341 pages are divided into four parts, which start with the description of the events, among them, the moment when, in the 2002, Serrano was kidnapped, tortured and hidden in a dog cage, to be taken out of Quito on a commercial flight “By two North American agents, plus some corrupt Ecuadorian policemen,” who managed to transfer him illegally to Miami, says Vela.

In addition, the book provides details of the trial (with testimony included), his process as writer and lawyer of the case, and shows the correspondence between them. “I tell how he lives every day of this life locked in a 2×3 cell, what he thinks, what he feels, what fears he has, until I conclude what is my original theory of the case, what is the theory of the prosecution, why they sentenced him to Nelson”Describes the lawyer and novelist.

“We ended up discovering the real murderers, we ended up discovering what was probably the reality of this crime, who thought it, who imagined it, who ordered it and against whom it was directed … Very strange stories that end up surrounding this novel”, adds Vela, who these revealing data could be key for future judicial processes.

The author of other books, such as Castaways on land (2017) the Now that the fog is falling (2019), says that his interest in this story was born precisely from writing about something that seemed tremendous and curious to him. “I investigated, I got into this story, I reviewed many things, then I had the opportunity to meet the family, to befriend them, their son Francisco, and to meet him personally (Nelson Serrano) in 2019, I visited him , I traveled to ‘death row’, to Raiford prison. There I decided to write this novel. Then I got involved as a lawyer, I helped them and I continue to help them as much as I can from here, from Ecuador, with the limitations that that implies.“, bill.

“There was that sense of a frustrated journalist, and of course, when you get into a story like this and begin to understand that what has happened there is very strange, very dark, that there are tremendous acts of corruption, that there are tremendous acts of perversion , that This judicial system of the United States, and especially that of Florida, is flawed, for all issues: political, electoral, corruption; and that in the end a man like Nelson paid the consequences of that and suffers that consequence to this day, four death sentences that have him locked up ”, he continues.

Vela hopes that his book will be a living document to claim justice and protect human rights. “I hope it serves to raise their voices, so that at least the people who read the story are clear that it is dealing with an incredible case of injustice; there is an innocent in prison … “, expresses.

“The Ecuadorian Government has a lot to do so that our compatriot is released, there is a duty of the Ecuadorian State to protect Nelson”, emphasizes.

Vela describes Serrano as a tremendously strong man, waiting for his name to be vindicated. “All he wants – and I hope it comes true – is one day to go out and see the light again, and above all to return to his country, and see the fields, he dreams of that”, share.

The crimes of Bartow It is already on sale in bookstores in the country.

On June 27, 2007, the Ecuadorian businessman, a nationalized American, Nelson Iván Serrano, a manufacturer of clothing transporters, was sentenced to four death sentences, after the judge accused him of the murders of George Gonsalves, 69; Frank Dosso, 35; Diane Patisso, 28; and George Patisso Jr., 26, all committed on December 3, 1997 in Bartow, Florida.

Serrano, Gonsalves and Dosso’s father, Felice, were partners in Erie Manufacturing Inc., a laundry conveyor factory until a dispute over money led to Serrano being fired from his position as president of the firm in 1997.

The relationship with the partners deteriorated in June 1997 following Serrano’s claim for the loss of $ 1 million of business accounting. His partners Gonsalves and Dosso, who suspected that Serrano had appropriated $ 250,000, removed him from the position of president of a subsidiary, reduced his salary and fired his son Francisco from the company.

Serrano opened his own business and sued his former partners. (I)

See also  Homeless in Espinho camping: ″ The best thing is that I can bathe every day ″