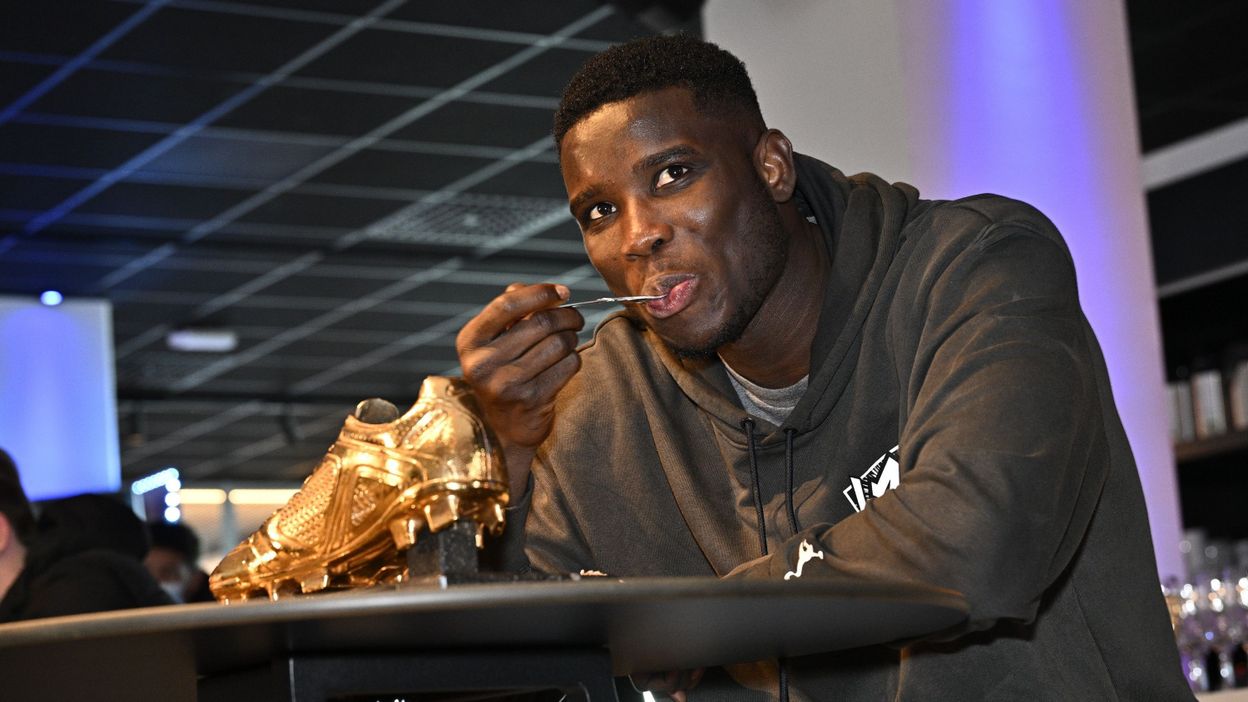 As tradition dictates, the club whose player wins the Golden Boot invites the press to share a moment with its star. Genk did not depart from tradition by summoning all the Belgian media to salute the coronation of Paul Onuachu. A coronation that surprised both sides of the linguistic border. Jarno Bertho, VTM: “Personally, I was surprised to see him win. But I especially think that FC Bruges was very surprised by the result and… Genk even more.” It must be said that the forecasts had largely turned towards Charles De Ketelaere, Noa Lang even Hans Vanaken. “The proof that Genk was not prepared for this coronation is that they had not even ordered the cake. They had to prepare it at the last minute.” Fortunately, the local pastry chef is particularly responsive and managed to cook a nice piece in record time.

For this moment of relaxation and photo shoot expected for the press, Genk had invited the other core players. And it is clear that they have just made an appearance. To tell the truth, no one joined Paul Onuachu to eat these famous pieces of cake, despite the recommendations of the club’s management. The few circles of players kept a safe distance from the Nigerian, arguing that “he won, not us!“. Besides, no teammate is very talkative when it comes to saying a word about the Nigerian giant. “I’m not the best person to talk about it”, “I personally have nothing to say”, we could hear. For the attentions and camaraderie in front of the press, we will come back. The management, meanwhile, has planned to celebrate the player’s title in the company of the supporters, but away from the cameras. Or Erik Gerits (yet present), nor Dimitri De Conde (absent, abroad), took the floor to greet the player. Bernd Stork, for his part, explained that this trophy did not belong to him and did not wish to speak either.

If this moment in front of the press seemed a little embarrassing, it’s because Onuachu is not hiding it: he has been looking for a way out all summer long, in order to make his season profitable beyond the 30-goal threshold. . “Maybe this trophy will still open doors for me” he said at a press conference, sated after enjoying “his” cake. At 27, the striker wants more than ever to assert his personal rating, while Genk is adrift in the league. From Conde has set a price to let the player go (over 20 million euros) and will not deviate from it. But in his mind, Onuachu is still thinking of leaving this winter.