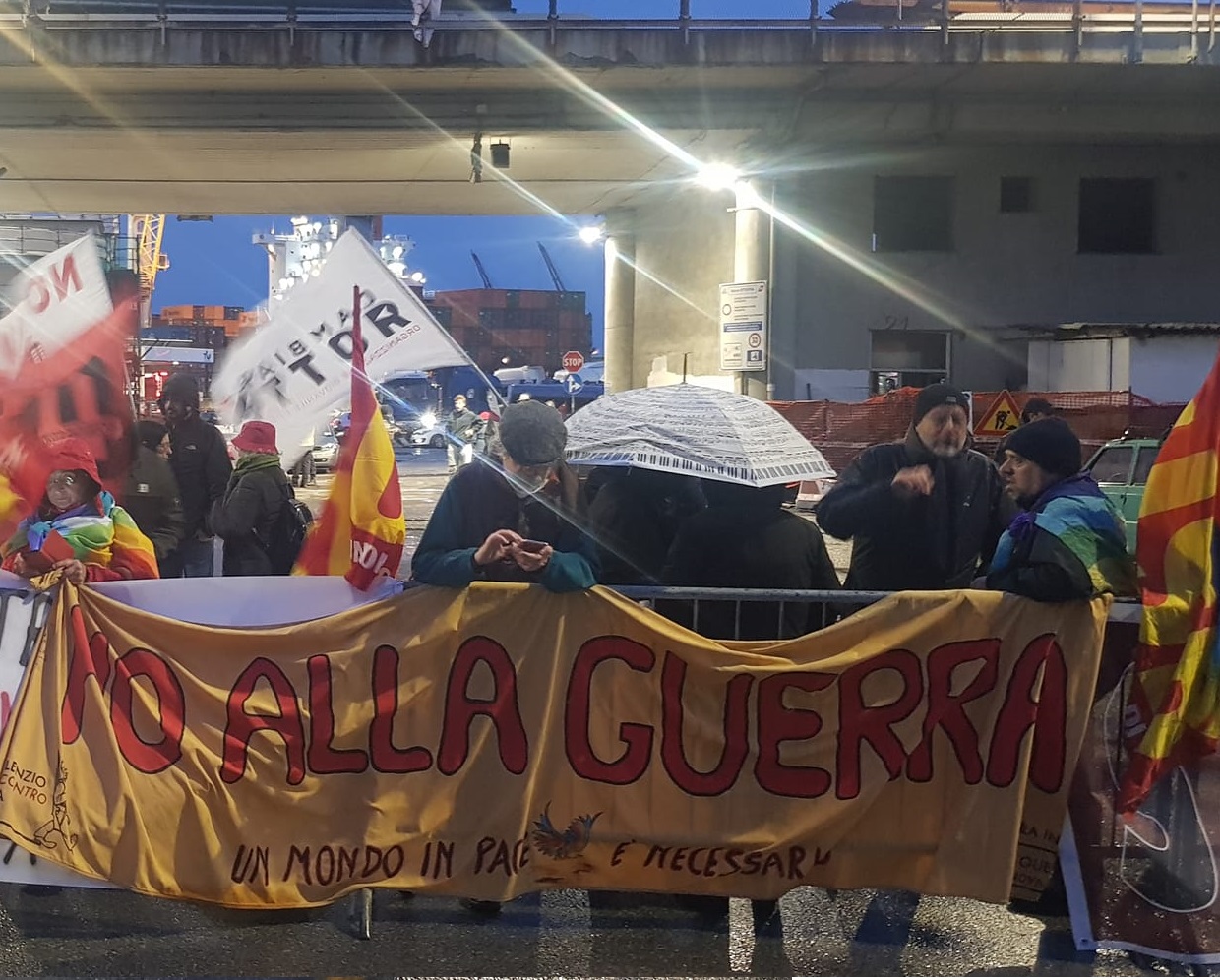 The Ethiopian crossing of the port of Genoa is blocked from 6 this morning by port workers who join Usb and Calp, together with students, representatives of the No Tav movement and other associations. The slogan is “Stop arms trafficking in ports” and the protest is accompanied by smoke bombs and banners. “We put our face once again because we believe that arms trafficking is one of the reasons why we find ourselves in this situation – explains Riccardo Rudino, port of Calp – Countering arms trafficking everywhere is a good starting point to put an end to to all this “. The initiative, in which Gabriele Rubini alias Chef Rubio is also taking part, was organized to say no to the war in Ukraine and on the occasion of the arrival of one of the ships of the Bahri fleet, which for years has become a symbol of the so-called “ships of war”, because – denounce the dockers – “loaded with armaments destined for Saudi Arabia for the conflict in Yemen”. The ship is expected in the port of Genoa on 12 April. After the garrison the demonstrators, about a hundred, will move to the assembly in Cap.