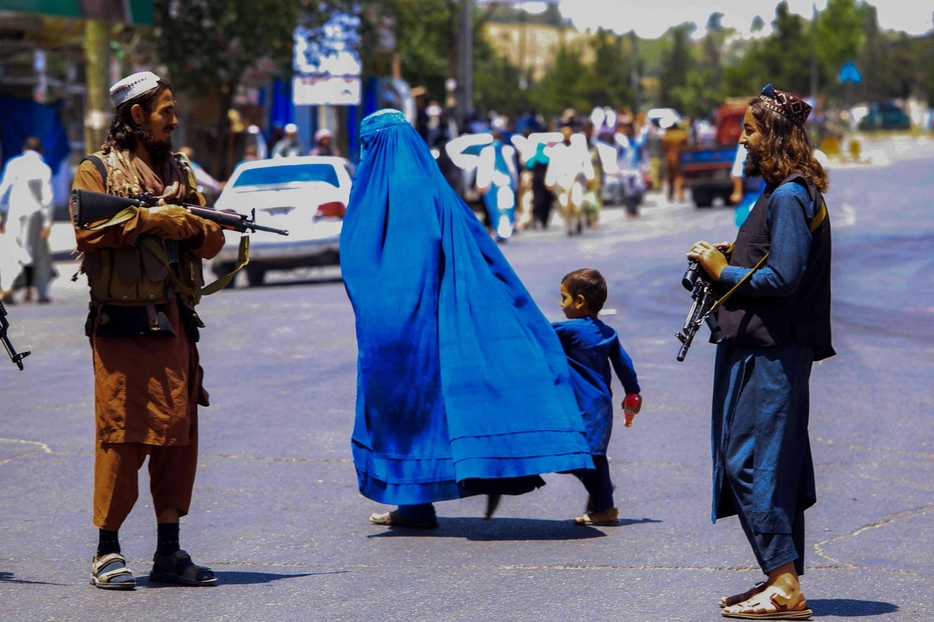 Impossible to forget it. The image has indelibly marked the Western mission in Afghanistan. On August 16, 2021, the day after the Taliban raid in the capital, a C-17 overflowing with refugees comes off the ground, leaving behind a trail of black dots. They are men and women who, gripped by terror and despair, have clung to the base of the fuselage. They believe they are safe as those who, in the general stampede, managed to get on board. The force of the air during take-off, on the other hand, throws them to the ground. No one will ever know the exact number of victims. Together with their bodies, on the runway of Kabul airport, the mirage of having exported democracy to the Asian country was shattered.

“One of the ‘dots’ was my brother Zaki. He was 19 and just wanted to play football. In a year I lost him, my house, my job ». Zakir Anwari shows up for the appointment in a “safe” bar in the center of the capital in the company of a friend. He is afraid of going out alone. A unlike other anonymous dots, Zaki was a well-known character: star of the under-18 national football team, he had a bright sporting future ahead of him. «He was afraid of not being able to take the field anymore. That’s why he did it. He told me himself when he called me, 73 minutes before he made that crazy gesture. I tried to distract it but I couldn’t. He didn’t want to live in fear. Now I understand it », says Zakir, who was targeted by Koranic students due to some interviews with national and international media. “I only told the truth: Zaki did not want to stay in the Taliban’s Afghanistan.” The latter did not like it and the threats began. “We moved house first. Later, I closed the phone shop I had in the Lazy Mariam market. Now I’m just waiting for them to forget me. I too would like to forget that day, but I cannot ». Of the ferocious chaos of that time, a year later, in the airport still named after Hamid Karzai, there is no trace.
The small group arriving let their temperature be measured before taking their suitcases. The trolley attendants vie for the few passengers in the hope of a tip. Passport control is fast. There is even a woman on duty. Just outside, the “I love Afghanistan” sign gives the impression of being in any country. But it isn’t. Kabul is now the capital of the Islamic Emirate, as the ubiquitous white flags underlinewith the words “Allah is the only God and Mohammed is his prophet”.

The asphyxiating peace of the Taliban has replaced more than four decades of uninterrupted conflict: first against the Russians, then among the warlords, then against the Americans and their allies. It is finally possible to drive on Airport road without fear of blowing up a bomb. Or go past the huge Zambaq Way scanner and enter the government buildings area. But it is forbidden to listen to music, shave your beard – for men – and show your face, for women. The latter cannot even continue their studies after primary school, travel alone for more than 75 kilometers, get a driving license, sit next to a male driver, enter a park on a day not expressly reserved. The separation between genders, obsession of the movement since its inception in the 1990s, is law.

Yet, at least in the capital, many girls pass the constant Taliban check-in without the ordinance mask or the veil over their mouth. While, in the cockpit of their cars, young people turn on the radio. The bearded men in tunic and turban, with the Kalashnikov always in hand, let it go. At least in appearance. “Perhaps the Koranic students, deep down, have not changed. But Afghanistan does. And a lot “, says Scott Smith, head of the Political Affairs service of the UN mission in the country (Unama). To survive, therefore, the Taliban are pragmatic enough to accept to deal, in some way, with the new scenario. Because of this, the Kabul of the second Emirate looks more like the capital of the defunct Republic than that of the reign of Mullah Omar between 1996-2001. “Now the climate is different. I was here in 1997 and the hood of terror was overwhelming. People were beaten outside mosques, TVs destroyed in public, women locked up at home – Smith points out -. This does not mean that there is no repression ». A recent UNAMA report documented at least 160 extrajudicial executions, 178 arbitrary arrests, 26 disappearances and 56 cases of torture in the first ten months of the fundamentalist regime. To discover the violence, however, it is necessary to sink into the “clandestine country” that flows under the skin of “the Emirate year one”. The nation of those – and they are not a few – no longer have a place in the world “for fanatical Pashtun men only” of the current masters. Minority representatives, primarily Hazara. Activists committed to promoting social transformation; military and civilians related to the previous administration; reporters guilty of reporting jihadist crimes.

“I’ll sell the camera tomorrow. I haven’t worked as a filmmaker for twelve months. At least my family will be able to get by for a few weeks, ”says Zin. And, again, non-aligned intellectuals, artists, homosexuals, drug addicts. Poised between the two Afghanistan, with no homeland in the superficial as well as in the underground country, there is the crowd of the poor and very poor. With the interruption of world funding and the freezing of funds abroad following the return of the Taliban, the national economy has suddenly contracted by more than a third, 700,000 jobs have been wiped out and 59 percent of the population not he can survive. A humanitarian crisis that threatens the power of the Koranic students more than the attacks of Daesh’s jihadist rivals. The government actually knows this. For this reason, the mural on the Foreign Ministry repeats: “The Emirate wants peaceful relations with the world”. Yet, month after month, the Taliban seem to be less and less willing to compromise to break international isolation. On the contrary, since January, the links of the system have tightened further, concurrently – according to well-informed sources – with the consolidation under the command of the dogmatic Emir Hibatullah Akhundzada, a formal leader yet long kept in the shadow of the cumbersome Minister of the Interior, Sirajuddin Haqqani. This adjustment of the internal equilibrium could include the kamikaze in Kabul yesterday killing Sheikh Rahimullah Haqqani, another important member of the clan, who had spoken out in favor of educating girls. As well as the elimination, again in the capital, on July 31, of Ayman al-Zawahiri. The 2022 squeeze on women’s education, clothing and travel has closed the possibility of recognition in the short term.
How long will the Taliban go on relying only on Pakistan and Qatar and on the investments of China, interested in grabbing the resources of the subsoil? As the events of a year ago showed, it is risky to make predictions about Afghanistan. The surprising fact is that up to now Quranic students have managed to avoid collapse. This is thanks to the ability to keep track of internal struggles, to leverage the conservatism of remote rural regions, to exploit the enormous errors of “made in the USA” democracy, with its rampant corruption and incalculable “collateral damage”. But it is above all having broken the interminable war that makes the Afghans accept the anachronism of the present system. At least for now. As a traditional Pashtun saying goes: “You can’t stop birds from singing.”