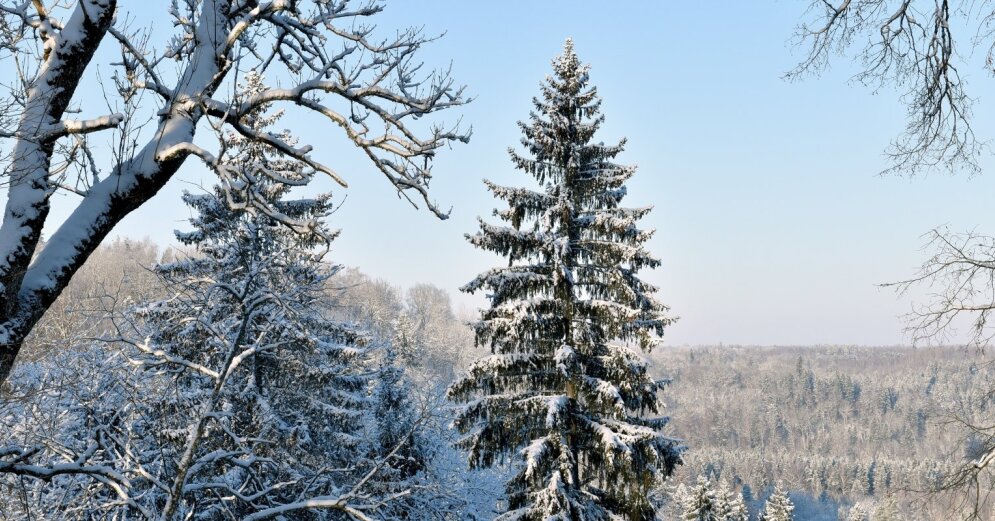 On Sunday morning, the deepest snow at the observation stations is in Sigulda, where the height of the snow layer has increased to 38 centimeters, according to the data of the Latvian Environment, Geology and Meteorology Center (LEGMC).

It has already been reported that snow thickness measurements at LEGMC observation stations are automated and performed at one point, so data from the meteorological station may not reflect the actual situation in the area. Due to the snowfall, the thickness of the snow cover is uneven, and weather stations are often located in the open, which is exposed to more wind.

On Sunday morning the sky is mostly cloudy, there are fewer clouds in Kurzeme and North Vidzeme. There is light snow in many parts of the country. The wind is blowing slowly to moderate from the east, northeast.

The maximum air temperature in the middle of the day on Saturday in the LEGMC observation network was from +0.2 degrees in Liepaja to -9.4 degrees in Rūjiena.

The highest air temperature in Europe on December 4 was +22 degrees in the south of Spain. Lowest night air on Sunday -34 ..- 36 degrees in the north of Scandinavia and Russia.