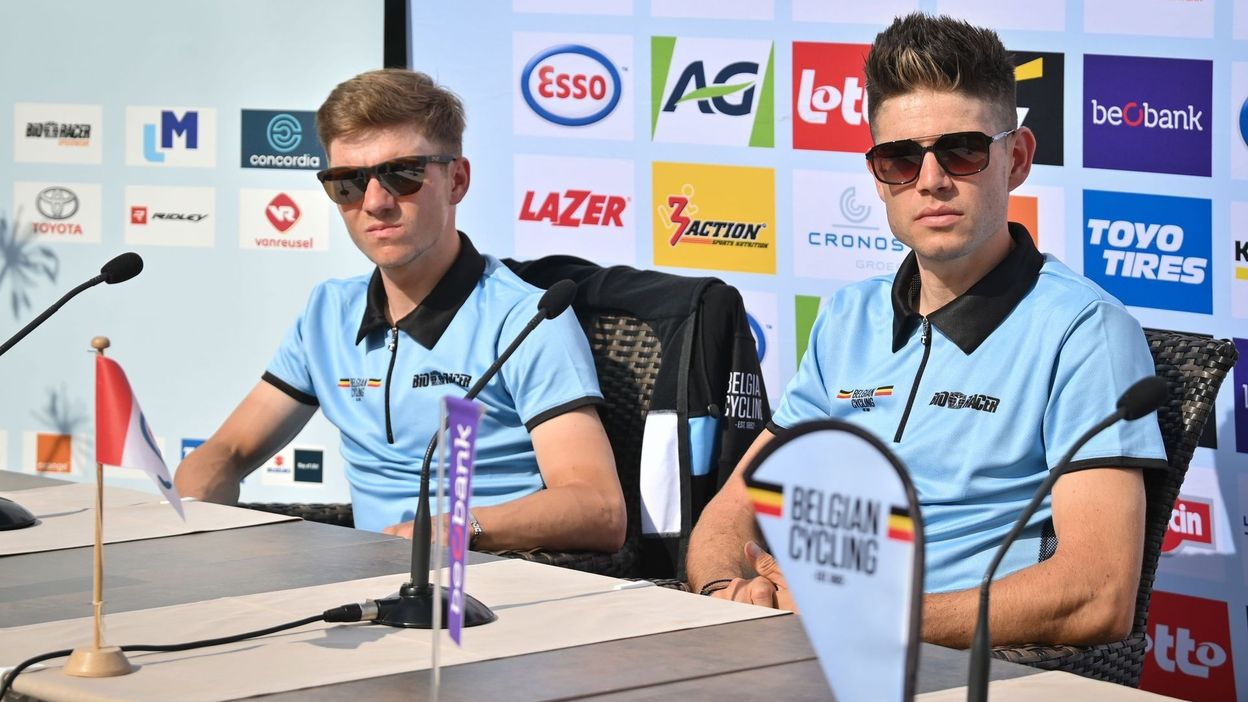 They both held interviews at the beginning of the week during the “media days” organized by their respective teams as part of the traditional winter training courses under the sun of the Spanish Costa Blanca. Remco Evenepoel spoke on Monday at Calpe, usual base camp of Quick Step-Alpha Vinyl ; Wout Van Aert did the same on Tuesday Mutxamel, that Jumbo-Visma left hastily yesterday noon aftera case Covid was detected among the runners. About fifty kilometers from each other, 24 hours apart, we made them react both on the “conflict” which opposes them since this famous September 26 and the collective failure of our national team in the road race of the Worlds of Leuven.

A few days after the race, Evenepoel had displayed all his frustration on the set of the Flemish television program “Extra Time Rates”. Van Aert was quick to reframe it, recalling that ” Remco agreed with the tactic…”.

The coach Sven Vanthourenhout recently explained that he wanted a meeting between the two champions with strong characters, just to dissipate tensions definitively. A meeting that will indeed take place! That’s what we confirmed Schepdael’s nugget and the winner of the stage Mont Ventoux on the last Tour de France. Yes, the hatchet will soon be buried! Selected pieces.

We will still be competing in championships together for the next few years. It is important to talk about it to turn the page.

“Remco is the young star of cycling! He is very strong and very mature for a guy of only 21 years old (Editor’s note: Remco Evenepoel will turn 22 on January 25). He is impressive. After the World Championships, we both took a few days off. But now, the time has come to talk and think about the future! We are going to see each other and talk to each other because we both know very well that we will still be competing in races and championships together in the coming years. It is important to talk about it to turn the page. “

We’ve already sent each other a few messages. There is no problem between us. You just have to erase the last gray areas.

“I hope that at the end of this 2022 season, we will fight together in Australia to try again to win the rainbow jersey. I would rather be there with Wout and help him win than to watching the race on TV in my armchair. We sent each other a few messages and in our conversations we agreed to see each other soon. But we have not yet fixed the date or the time because he had a ‘full’ program with cyclo-cross. We absolutely must see each other even if we already talked a little just after the Worlds. There is no problem between us. We just have to erase the last gray areas before trying to become world champions together.”