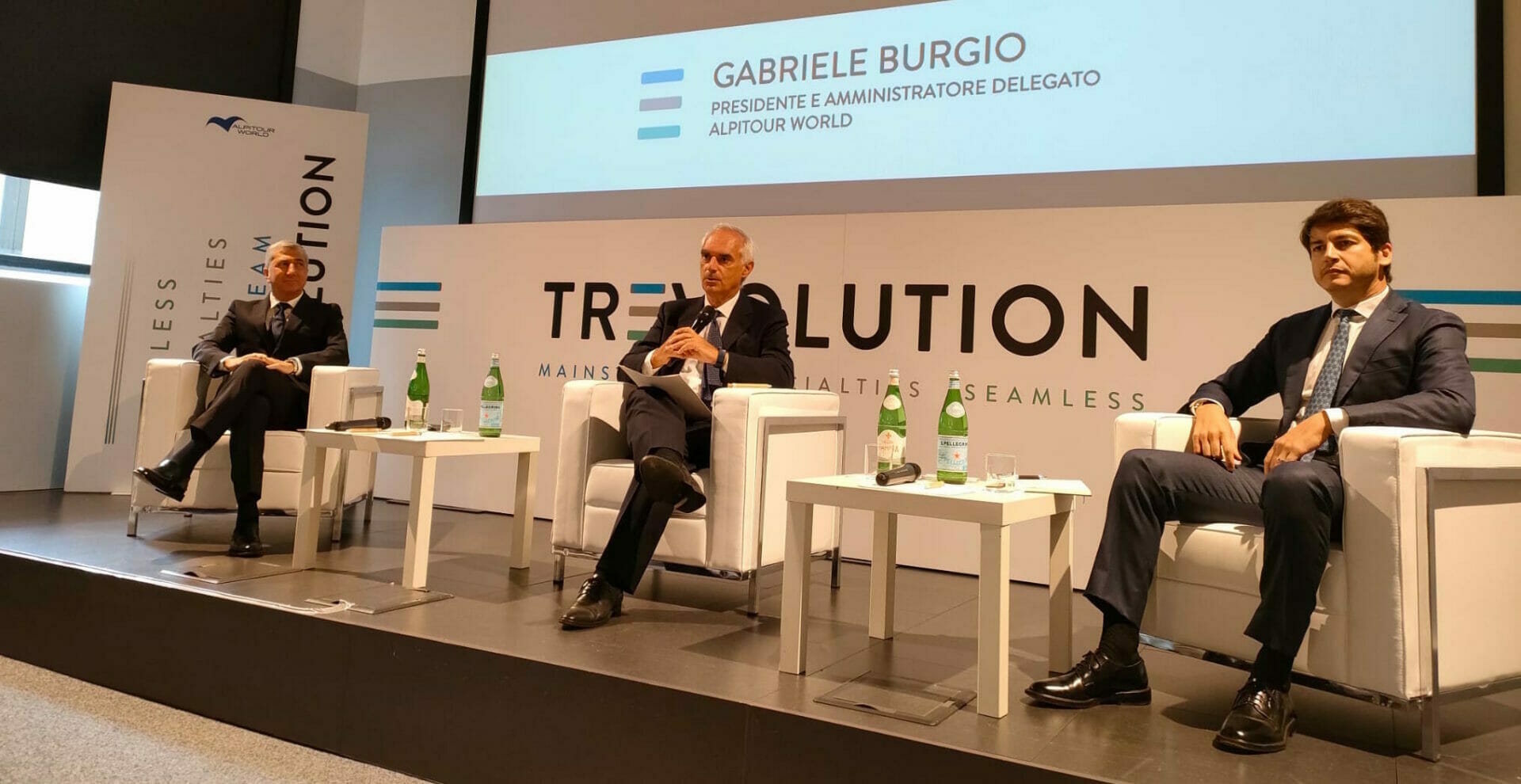 
by Mariangela Traficante
Print this article


The tour operator division of Alpitour changes its skin, in the most difficult moment for tourism, and chooses to communicate it by returning to presence on the day of World Tourism Day, after a year and a half of stopped engines, during which they were fine-tuned all aspects of the announced restructuring. Trevolution is the name given to the process and which sees the product reorganized into three clusters, with some brands that are absorbed and others that change identity, also with the aim of freeing up resources to go back to talking to consumers. All in the context of the inNova project of 20 million euros, the details of which were revealed in a conference at the Stelline Foundation in Milan by the president Gabriele Burgio, refined by Pier Ezahya, tour operating director, and da Tommaso Bertini, marketing director.

An event that comes on the eve ofopening of the tourist corridors, expected between this and next week. It therefore anticipates the substantial restart of the winter outgoing. «The blocking from Italy, while other European countries can travel, is harmful and prejudicial. Although much of the extra EU is still off limits to tourism, we are registering strong growth in booking volumes, a clear sign that people want to travel. The time has come to leave, ”says Burgio.

See also  In this country, they receive their salaries through “Bitcoin” and its first ATM

CLUSTER E BRAND. Regarding the restructuring, however, Ezhaya is keen to point out that this has not brought with it any reduction: «The whole product is confirmed, but it is redistributed». And there are, in fact, three clusters: Mainstream (led interim by Franco Campazzo, who is also in charge of product management), the more traditional one in which theoffer villages and clubs of the Group, for those looking for all inclusive, services for families, assistance. The brands within it are Alpitour, Francorosso and Bravo, which was born from the merger of Bravo Club and Eden Village with over 35 villages distributed in 18 countries.

Then there is Specialties & Goal Oriented (at whose helm is Paolo Guariento), dedicated to a more sophisticated consumer with a higher spending possibility. The beating heart of this area is the tailor made and the trend is that of «those who move, not by geographical coordinates. but for interests. A huge market that does not pass through organized tourism and that we want to go and get there ”, explains Ezhaya. The most important news here is that the historic upmarket brand Viaggidea merges into Turisanda 1924, which then has two sister brands, Presstour by Turisanda, tailor made of the most accessible range, e Made by Turisanda, il brand “goal oriented”.

Finally, the third cluster is Seamless e No Frills (led by Massimo Mariani), dedicated to a smart audience looking for services but also customization. And this is where the new one finds its home Eden Travel, that changes skin and joins edengo, a bed bank that aspires to unlimited availability all over the world thanks to the technological agreements in progress.

“Three clusters, each of which will also have its own dedicated site and which, respectively, in the pre-pandemic 2019 invoiced 840 million euros (Mainstream), 310 (Specialties) and 200 (Seamless) million euros – explains Ezhaya – The work it was hard: which brands to choose to put in these containers? Two criteria were adopted: not to have overlap and to rely on the reputation of the brands ».

MARKET UNDER EXAMINATION. The Group led market analysis on consumers, both to identify customer segments in evolution (young at heart, which weighs about 13%; mature vacationers, 14%; discerning travelers, 19%; singles / couples without children, 25%; singles and couples with children, 29%), and to understand which brands were most popular and which ones could be somehow “sacrificed”.

«First of all, a fact: we have found that before reaching the purchase decision the customer narrows the three-brand evaluation – Tommaso Bertini illustrates – and therefore we must aim to be in this squad. Furthermore, from listening to the trade it emerged that we were perceived with too many brands and overlaps. For 57% of the adv it was necessary simplify the brand offer; 89% of customers did not know the brands; for 75% of agencies, a client requested a certain brand only after having tested it with satisfaction ».

Here, then, is the reorganization, which also has another purpose: “freeing up communication resources: “We have to go back to talking to consumers, also because the world of purchasing processes has drastically changed, the points of contact have become innumerable, we have to oversee all channels”, adds the manager.

See also  The Central Bank simplific requirements of access to dollars so as not to affect the import production : : The Waterfront - News - Santa Fe - Argentina