Waiting for the resumption of football, suspended due to the advance of the coronavirus pandemic in Europe and the rest of the world, the transfer market in the Old Continent has already been activated. And one of the glittering names is Lautaro Martinez, who would seem to be the man marked to be one of the transfers of the next European summer.

With the aim of reinforcing the attack of a team that missed the scoring contribution of Luis Suárez, who was absent since the beginning of 2020 after performing an arthroscopy on his right knee from which he is still in full recovery, FC Barcelona would have everything arranged with Martínez and only the agreement with Inter Milan remains to finalize the pass 22-year-old forward who has already earned his place in the Argentine team led by Lionel Scaloni.

In this sense, and in view of the refusal to pay the entire termination clause of Martínez’s contract, valued at 111 million euros, a new format would have emerged to finish paving the hiring of Lautaro: a triangulation between Barcelona, ​​Inter and Manchester City It could be the key for today’s number 10 of the Italian team to move to the Catalan city to share the locker room with Lionel Messi.

According to the newspaper Corriere dello Sport, the team led by Pep Guardiola would receive winger Nelson Semedo, who today plays in the culé group, while the Neroazzurro would take over the services of the Portuguese Joao Cancelo, defender of the Citizens and that would arrive at the establishment that has to its position the trainer Antonio Conte. In this way, City would add a footballer of the characteristics sought by the Spanish coach and Inter would add the player he needs on the right side of the defense. 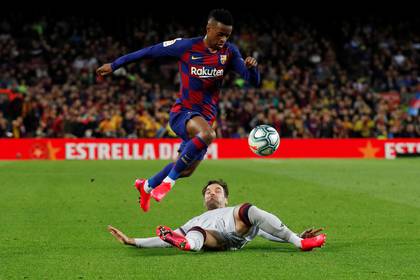 With the final result of an operation that would integrate three institutions that are powers of European football, Lautaro would finally seal his arrival at Barça, who would pay a sum close to 60 million euros and sign a contract for the next four seasons the footballer born in the city of Bahía Blanca, province of Buenos Aires, and who became known thanks to his great performances with the Racing shirt.

One of the keys to completing this operation would be the participation of the renowned soccer player representative Jorge Mendes. The native of Portugal is the agent of two of the three protagonists of this story -Semedo and Cancelo-, so he would have promoted barter between the institutions that would be involved in the negotiation.

A few days ago, the Catalan newspaper Sports world He had announced that the intention of the Blaugrana leadership headed by President Josep Maria Bartomeu was to incorporate other footballers from the Blaugrana professional establishment into the negotiation with their Italian peers in compensation for not paying the entire amount of the Lautaro file. This is why, in addition to Semedo’s departure, another player who could follow in his footsteps would be Arturo vidal. 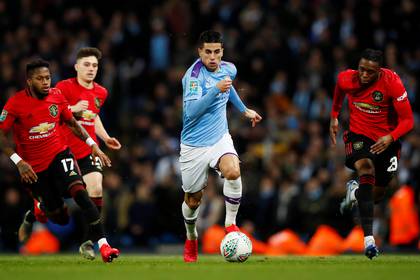 The Chilean midfielder was one of the players sought by the interim coach when he landed at the Milan club at the beginning of the season and also in the break at the end of the year. For the Inter coach, the trans-Andean midfielder would be a key piece in the midfield in the fight for the Scudetto against Juventus. His extensive and successful tour of different clubs in Europe and his proven quality to wear the jersey of leading teams are some of the qualities for Vidal to move to Italy.

The UK authorized the return of football: when the Premier League will resume

“Damn monkey, if I get coronavirus I’ll cough you in the face”, the threat that a former Arsenal player received

Share
Facebook
Twitter
Pinterest
WhatsApp
Previous articleJuan José Rendón, Juan Guaidó’s advisor who signed an agreement with Silvercorp for the failed incursion in Venezuela resigned
Next articleFilGoal | News | Report: The Tunisian Federation announces the date for the return of training and the resumption of the tournament

The health of Carlos Bilardo: his brother denied that he had coronavirus and then deleted the ad

Cam Newton reached agreement with the Patriots, according to sources

The former Most Valuable Player of the NFL, Cam...
Read more
Sport

Exseleccionado Mario Gómez retires with a goal and climb

Tue | news | on behalf of the Marina reveals the cause of “common” injury, with Corona.. and the attitude of Tariq Yahya

The episodes of the Prince series, starring Mohamed Ramadan, continue to take an ascending...
Read more