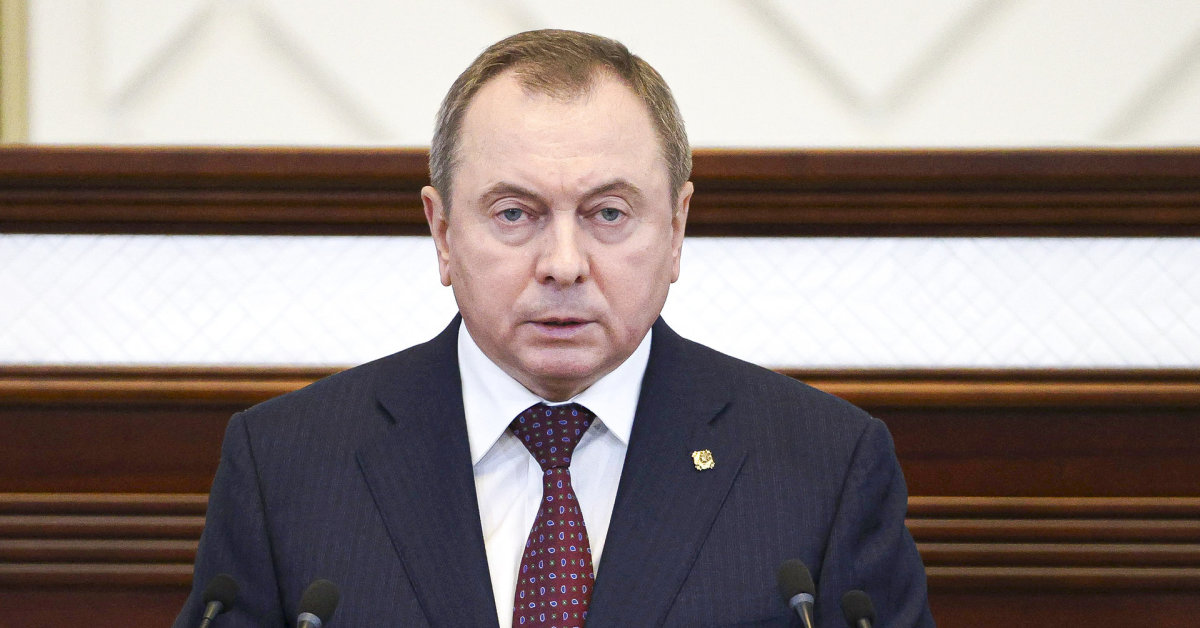 V. Makej has been in the position of Minister of Foreign Affairs since 2012. Before that, he was the head of the administration of the President of Belarus for four years, and in 2000-2008 – Assistant to the President of Belarus. According to experts, V. Makeus was also considered a possible successor of the Belarusian dictator Alexander Lukashenko, who has ruled the country since 1994.

The Ministry of Foreign Affairs of Russia publicly expressed its condolences on the death of the politician on Sunday: “Vladimir Vladimirovich Makei was a true friend of Russia, who made a unique contribution to the comprehensive development of broad bilateral cooperation, the creation of the integration of the union state, and the strengthening of fraternal ties between the peoples of Russia and Belarus.”

Probably, V. Makei’s death was greeted with such words only in Belarus and Russia. Sviatlana Cichanouskaja, the leader of the opposition living in Lithuania, while commenting on the minister’s death, called V. Makej a traitor to the people of Belarus.

Under his leadership of the foreign ministry, Belarus was repeatedly criticized by the West for its crackdown on the opposition, questionable elections and allowing Russian forces to use Belarusian territory during the war in Ukraine.

In the reports that appeared in the world media about the death of the former Minister of Foreign Affairs of Belarus, it is stated that until the 2020 presidential elections of Belarus, which caused mass protests in the country, V. Makeus tried to initiate friendlier relations between Belarus and the West. However, Lithuanian experts note that the efforts to make contact with the West were most likely only a part of A.Lukashenko’s larger strategy.

“Decided to stay with the dictator”

Former Minister of National Defense and Foreign Affairs of Lithuania, Ambassador for Special Assignments Linas Linkevičius met with V. Makėjus several times in person. In his opinion, the dialogue neither with Belarus itself nor with its representatives has never been easy.

“We had a business-like conversation with Vladimir Makėjus, and to be honest, it seemed to me that he had more liberal views. Or maybe there was such a position here – it’s hard to say now. Those who claim that it was one of the channels of communication with the West are right, because Belarus didn’t have many of those channels. The president, now a former president, focuses more on the East, nobody allows him anywhere else.”

L. Linkevičius noticed that when trying to understand Belarus, its domestic and foreign policy, he often encountered various nuances. He recalled his visit to Minsk a few years ago, during which he realized that, unlike other former Soviet bloc countries, Belarus does not have its own March 11.

“I had no idea what it was like here. It turns out that Belarus has another day – to celebrate the liberation of Minsk from the fascists. They do not celebrate their March 11th, because, as it turned out, at that time A.Lukashenka was a deputy of the Supreme Council and during the voting he voted against. It had to do with the collapse of the Soviet Union, which, in his opinion, was no celebration.”