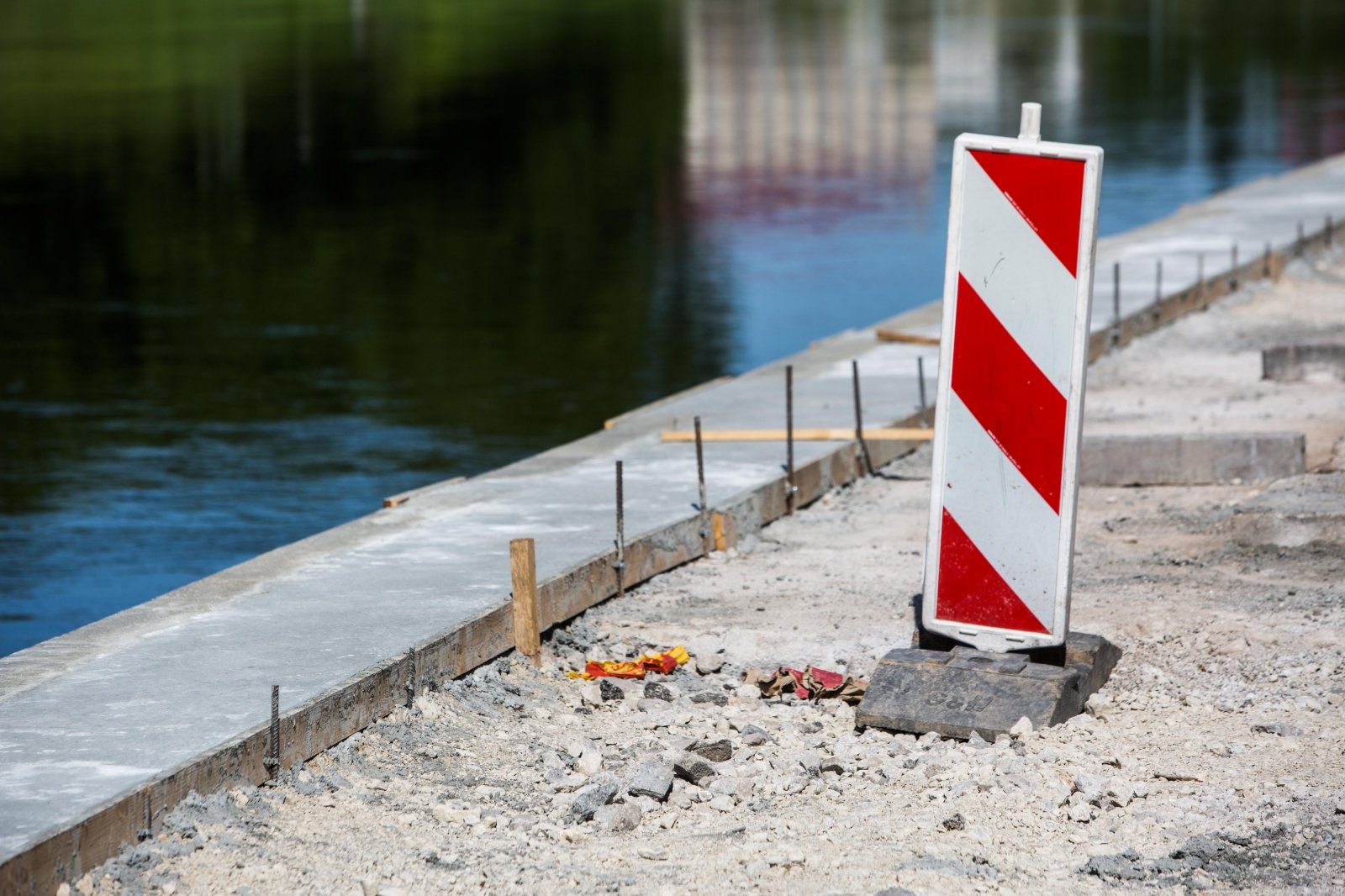 The decision to look for a new contractor was made when, after the bankruptcy of the main contractor UAB LitCon, the remaining joint venture partners UAB Atea and Geobuilders LLC did not enter into an obligation to perform the contract. The works were performed by subcontractors UAB Skominta before the termination of the contract.

The company is obliged to transport part of the un planted plants and the remaining construction materials in the area from the Žirmūnai bridge to the Paralympian quay in order to Vilnius residents could move unhindered along the river.

A new tender will be launched by the end of the year to find suppliers who can complete the rest of the work. 94 percent of the planned project work has already been completed, with several areas left to be paved, parts of small architecture and greenery to be installed.

On the left side of the river, the sections from the Šilo bridge to the Vilnelė bridge entrances and from the White Bridge to the Žvėrynas bridge will be arranged by the end of next year. After approving the revised technical design solutions for the footpaths that were provided for in the site of the trees in the old design, the winning contractors Žilinskis ir Co will start Neries access management.

During the renovation of the quay, bicycle and pedestrian paths, stairs, new lighting elements, terraces and small architectural elements will be reconstructed. The authors of the project have planned that the embankment will be planted with new plants and the slopes will be decorated with natural greenery.

See also  Will lifting subsidies solve the "queues" crisis... A shocking answer from the Praxes!