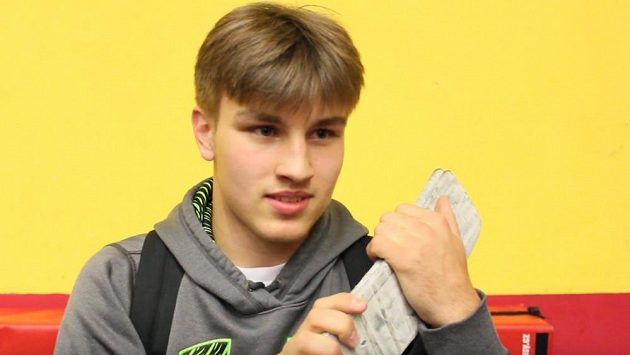 He will probably never forget Thursday’s preparatory match on the ice of Hradec Králové. The 16-year-old goalkeeper of the Jihlava hockey youth Filip Sigmund not only caught a 5: 2 win against Východočechy, he also contributed to it with the last goal across the entire rink.

At the end of the duel at 2: 4, Mountfield reached for power play when Sigmund caught a throw from the middle zone into the trap and immediately knocked the puck out of it. A few seconds later, he was already receiving congratulations from his teammates, because with his throwing he aimed exactly at the empty Hradec goal.

“I didn’t think about scoring a goal at all. The first thought was to blow up the puck. That it fell there is a beautiful bonus, “said the goalkeeper for the Dukla YouTube channel.

Coincidentally, Sigmund did not have to be the only Czech goalkeeper to do the same on Thursday. Nick Malík, the goalkeeper of the national team, was also very close to him in Hodonín. But at the end of the match, he missed the empty cage of Finland by a bit.

A bit was missing and Nick Malík could embellish today’s clean account with a goal scored! 😮 # U20CZE #narodnitym #jakolev pic.twitter.com/ydsfzvpPhj

See also  The Hungarian conqueror Slavia will not look at the Champions League, the Young Boys are going to the group