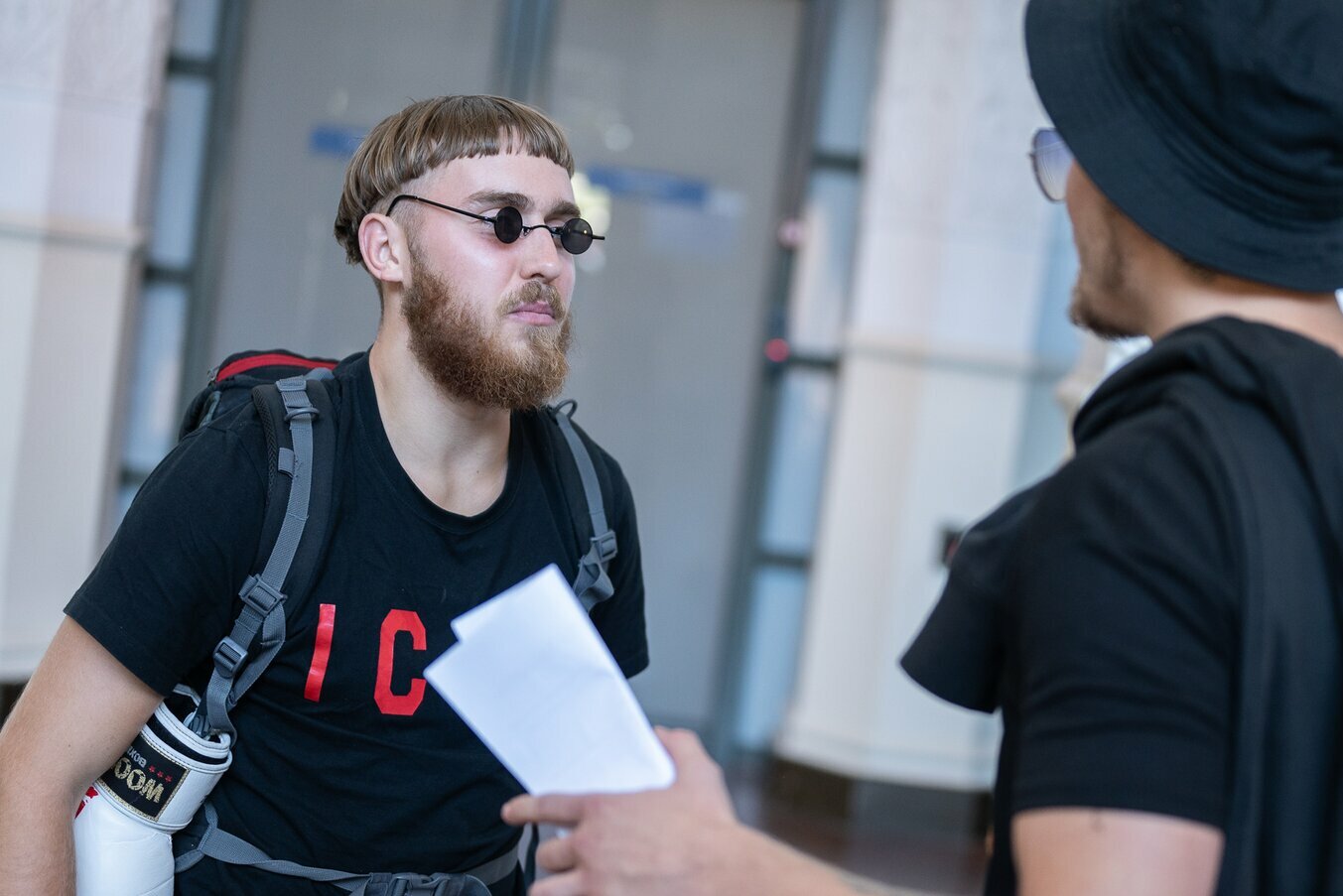 A fighter Dovydas Rimkus-Rimkenzo received permission from One Championship to fight outside the organization’s cage and accepted Dominykas Dirkštis an invitation to put on gloves in a neutral tournament.

On Thursday, D. Dirkstys met “Rimkenzo” at the Vilnius airport, having just returned from Thailand, where the Kaunian trained for almost four months. D. Dirkstys handed over the contract for the upcoming fight: weight category up to 82 kilograms, neutral tournament and 10 thousand. EUR fine for falling under the leaves.

At the Vilnius airport, D. Rimkus warned that he had to ask for the permission of the “One Championship” organization, with which he is bound by a strict contract. It took a day – the consent was given.

D. Rimkus announced this on his Instagram on Friday.

“The team and I planned what my comeback fight should be. We thought about Asia, but didn’t make it because all the tournaments were already filled. That’s why we started planning the principle fight, which I really wanted, in Lithuania. But the opponent washed away. Pity. But D. Dirkstys appeared, who offered to fight himself. We have agreed all the terms that One Championship demanded, Rimkenzo said.

In his stories section, D. Rimkus noted that the fight will take place on September 15 in Kaunas.

“I knew that I could meet Dominykos at the airport – he had promised to do this on social networks,” admitted D. Rimkus. – But I thought the guy was just talking to talk. Arrived. It’s fun. And now I believe that this fight will be very good”.

– David, you got the One Championship pass, so can I ask what you think this fight will look like?

– D. Dirkstys is completely unsuitable for me. I always fight number two, and so does he. It will be interesting (laughs). But, to be honest, I have no idea what fight in Lithuania could be bigger and more interesting. Besides, I haven’t fought in Lithuania for a long time. I miss that. I won one fight in the One Championship cage, although I didn’t know if I won until the judges. There was no audience in the hall. Second fight? There were spectators, but they were limited and many were foreigners. And I miss my Lithuanians. I miss connecting with people. After all, that’s why I’m in this sport, it’s the main reason why I think about the most impressive exits to the ring. Because of the emotion, because of the people, because of those simple but magical moments when a little girl with a notebook comes up to me and asks for an autograph, when I step out of the ring and see people waiting to hug me who really care. My hands tremble when I see people with shirts with my name and nickname on them. It’s fun. “David, stretch your biceps,” a kid comes up, stretches his arm, and it seems like his whole world lights up in the brightest colors. It’s an indescribable feeling to receive a drawing from little fans. Taking pictures, talking – it’s always nice, especially if you can inspire people to change their lives. How many messages have I received that I have inspired people to quit drinking, smoking, and start exercising. The connection with your people is something unique.

See also  Beware, there are cysts behind a distended stomach

– You received invitations to fight, I think, from thousands. Why the fight with Dominic?

– There were no thoughts before. He used to fight in a higher weight category. I supported him, I was sick for him. I like him. His psychology is similar to mine. He tries to invest so that people have something to look at. He is a bright personality. Now two of the brightest personalities of Lithuanian combat sports will meet in the cage. Why not? We will check who can do what. No tantrums, no pushing. We’ll give the people a good show, we’ll see who comes out stronger that night.

– Dominykas has already identified your gaps in the ring! See his weaknesses?

– They are similar to mine. Sometimes he relaxes too much in the ring, he likes to do a lot of feints that can put his foot down. I don’t underestimate him. He is a good fighter, a great personality. – I heard your hand punching improved in Thailand?

– I was focused on that. There was a really good boxing coach at the last camp. I tried. Those hands of mine… I just didn’t trust them before. I thought they were weak. I always wanted fast and sharp hands. I tried, I worked, I will continue my work. The legs also got stronger. In one camp, the “pears” were made of pure leather. There was even leg hair all falling out from the places I used to punch. I remember, in Lithuania, the coach used to hold some new “sheets”, it hurt, and I started moaning “Oh, it hurts”. In Thailand, nobody cares – you kick, you don’t go, but you kick. The coaches just shout encouragingly and that’s all, you have to keep working. Sometimes I even shouted “I’m going to kill you” in Lithuanian swear words from the pain and tried to kick again with all my might, again, again, again… It’s good that the coaches didn’t understand Lithuanian. Just out of sheer exhaustion and anger, I wanted to kick him so that he would fly away. But this is the coach’s goal: to tire you out so that you don’t think about anything but rest, good food and the next workout.

See also  Diabetes: The very simple activity to do every day for two minutes that has incredible effects on blood sugar

Ivan Kondratev and Dovydas Rimkus Photo of the organizers.

– How did the coaches in Thailand react to your style – all feints and low hands?

– At first, everyone seemed to like it. I stood up, I remember, against a really good sparring fighter. I played, I boxed, everyone gathered to watch. I weighed 87 kilograms, and this guy is 60… I’m already satisfied, I “bath” him calmly. He was told there were 10 seconds left in the round. Pam, I lost my mind, pam, pam, look, I’m already sitting on my ass. That’s where it gets frustrating. Then I decided that it was necessary to learn to work with the first number. I just don’t like it. But in Thailand I realized that you have to do something you don’t like if you want to improve. I already know that in close combat you need to keep your hands up.

– So in the fight against Dominykas we will see you working as number one?

– What kind of inner world did Dovydas Rimkus return from Thailand?

– Rested and hopefully much calmer inside. I was simply fascinated by the peace that Thai people exude. Even in the most difficult training, they managed to radiate calmness. Like Steven Seagal, who in his movies, no matter how many bad guys around, he would lay them down with a completely cold face. Thais do everything similarly. One workout stuck out the most. I beat the bag when I’m tired, and they don’t even count the time, I go to sparring with the Thai, I go to rest, and they continue to spar, I go to hit the bag… I hit, I turn around, the Thai hits “paw”, he is constantly pressed – he is calm. A few seconds pass, he goes to the side, took him to the floor… I thought that the coach would let him rest, but they only made a short stop and drove on, beating those “leaves”. I grabbed my head. And they tell me “Everything is fine here”. The regimen was simple: training, sleep and rest, just listening to the puppies running outside, then training again. I, of course, thought that I would always go for a walk after an evening workout. Look around, everyone is walking around like zombies after training. If the athletes are preparing for the competition, training takes place without going out. But all this, this whole sports mode, exudes a real calmness.