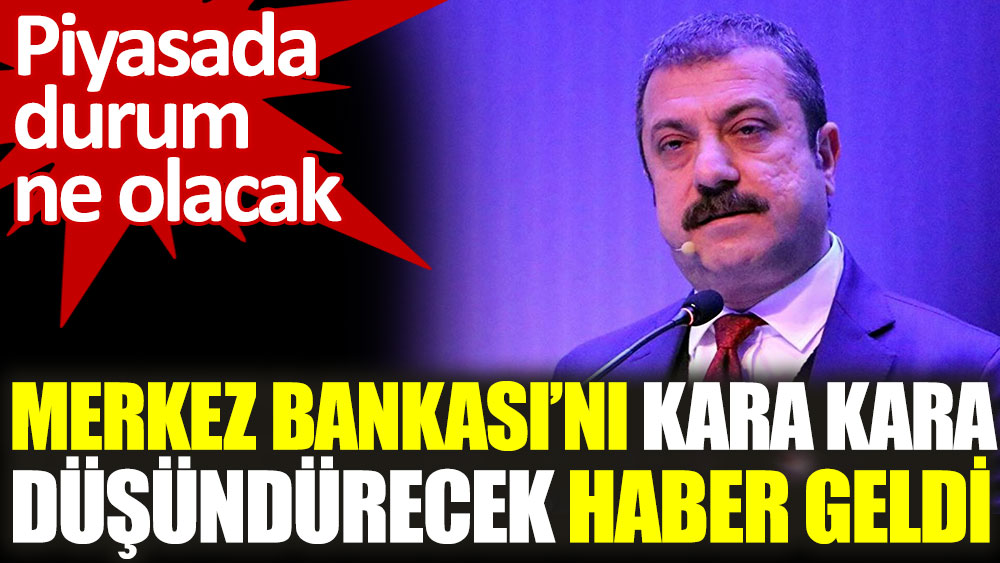 German finance giant Deutsche Bank stated that core inflation, which the central bank will base it on, is not a good indicator for households in Turkey and that inflation expectations will continue to rise. The German bank said that the CBRT does not have the luxury of core inflation targeting.

Central Bank Governor Şahap Kavcıoğlu’s statement on Wednesday regarding the increase in inflation, “We will take core inflation as a basis”, was interpreted as signals of interest rate cuts. He raised the dollar! What is this Core Inflation?

Reminding that the weight of core inflation in the consumer inflation basket is only 56.2 percent, it was announced that this data is not a good indicator for households.

In the report, giving the example of BOTAŞ, it was reminded that power plants and industrial facilities increased the natural gas tariff by 15 percent and İSKİ increased the mains water by 15.62 percent. In addition, estimates were made that the increase in inflation would continue.

WHAT HAPPENED?
In previous statements “We will give interest above the expected and actual inflation” Says Central Bank President Şahap Kavcıoğlu, when inflation exceeds the interest rate. “core inflation is important” he changed his rhetoric.

See also  Real markets get a new name: A supermarket giant is in a particularly hurry

Pointing out that the increase in inflation is related to drought and epidemic, Kavcıoğlu said, “Extraordinary conditions increase the importance of the core inflation indicator. We think that inflation will decrease in the last quarter.” said.

“I think our monetary stance will be effective in decreasing inflation in the rest of the year” After the CBRT Chairman’s statement, TL depreciated against the dollar. Closed last week with 8.26, Dollar/TL approached to 8.48 levels after the decision.

WHAT IS CORE INFLATION?
Core inflation is the inflation indicator created by subtracting some products from the product, goods and product basket that make up the main inflation index, and calculating the changes in the general level of prices with the remaining products.

When determining core inflation, the products excluded from the headline inflation are generally seasonal and weather-dependent food group products, as is the case with gasoline, natural gas, alcohol and tobacco products, whose prices are determined independently of supply and demand.