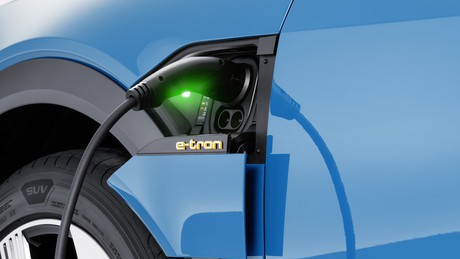 Some brands are encouraged to launch models and lay the foundations for electromobility. We tell you what products there are and which ones will arrive in the short term

Electric cars are already a reality in the world, and the big brands have established the deadline to put an end to combustion models and migrate all their products to new technologies.

In Argentina, this trend started very slowly and there is still a long way to go in the development of infrastructure for them to become massive. However, most of the automakers are laying the foundations for their electrical projects, and are beginning to transmit what their plans are for the short and medium term.

One element in favor is that the terminals with factories in the country can import electric cars with a customs duty of 2% (instead of 35%), the first benefit of several that will be worked to increase the supply. Another of them, which is in force in some provinces, is the exemption from paying the patent.

With these first steps made a reality, we review how the market is today and which are the models that can be purchased. Also, a key piece of information: how much is saved by circulating with gasoline or using electricity to recharge the battery.

Who first landed in the country with an electric model was Renault, with el Kangoo ZE, a cargo van. This model arrived in January 2019, after several threats from the firm, which was the first to promise the landing in 2014. Today it is, among the electric models, one of the cheapest, since it does not pay internal tax for being utilitarian.

Renault Kangoo ZE, the first electric on the market.

Regarding its characteristics, It is the electric and charging version of the European Kangoo II, imported from France. It has an electric motor of 60 hp and 226 Nm of torque, with lithium-ion batteries of 22 kWh capacity. The box is automatic.

The second to break into the market with a 100% electric proposal was Nissan, with the arrival of the Leaf, in 2019. In the same period, 22 units were sold and it grew 66% this year compared to last. As a fact to take into account, it is the best-selling 100% electric car in Europe and Japan.

An important fact to know is autonomy: Nissan declares a maximum range of 389 kilometers, although it all depends on the driving mode. This model has a price of $ 6,648,500, and is reached by the first scale of the internal tax.

After these bets, it was the turn of some models of national production. One of the approved proposals is Sero Electric, a small vehicle that has a sedan, cargo and van version. The range was completed in May of this year and they are approved for driving on public roads. It is produced at the Buenos Aires plant in Morón.

As for the mechanics, it has a 5.6 hp electric drive. It can be equipped with lead batteries (up to 45 kilometers of autonomy) or lithium (up to 100 kilometers). The total recharge time of batteries is up to six hours, in a conventional outlet.

They are approved to be patented and circulate on the street under categories L6 and L7. Anyway, although it is approved, it can only walk on streets and avenues. You cannot travel on roads or highways. Its maximum speed is limited to 50 km / h. This L6 and L7 regulation requires as safety equipment only having seat belts. As they are commercial cargo vehicles, they pay a VAT of 10.5 percent.

In addition to the Sero, the Tito, a model produced in the province of San Luis, for two passengers, and Tita, a cargo van, are on the way. Both vehicles are on the verge of becoming a reality, as production began at the plant.

Two other 100% electric recently arrived models are from Premium brands: one is the Porsche Taycan, and the other the Audi etron. One unit was sold of the first, and three of the second.

In the case of Taycan, is the first 100% electric sports car from Porsche. It is a four-door, four-seat sedan, imported from Germany.

In the case of the e-tron4 Audi E-Tron, the first 100% electric car that the Ring brand launched for sale last December in Argentina. It is an SUV for Segment E (large), measuring 4.9 meters long and weighing 2.6 tons. It has the same proportions as a Q7 or Q8, but in the E-Tron there are no versions with internal combustion engines.

All E-Tron are electric and arrive in Argentina with two types of bodywork: SUV and Sportback (with Fastback-type roof curvature). The mechanics are the same for the two variants: an electrical system powered by 95 kWh lithium-ion batteries, which is composed of an electric motor on each axis. Up front it delivers 184 hp and 309 Nm, while at the rear it develops 224 hp and 355 Nm. Price: from $ 204,000

How much is saved

Although the 0km are more expensive than the combustion models, due, among other things, to the fact that the batteries still have high prices, where you really save is in recharging to be able to circulate.

In this sense, charging an electric car in Argentina it costs a ninth of the money that a gasoline car demands to travel the same number of kilometers. This arises from a study published by the Regulatory Body of Public Services (ERSEP), belonging to the Government of Córdoba.

The ERSEP is a body that depends on the Government of Córdoba and carried out the study based on the fuel and electricity rates corresponding to April 2021. The increase in fuels in recent months and the freezing of home energy rates would make even more marked that gap.

See also  Vaccine COVID-19 will be tested in July, human

On the other hand, beyond these costs, it is worth mentioning that brands sell their models with a charger to speed up the charging time in homes.

While these models are already on the market, the brands have plans to continue laying the foundations of new technologies.

In the case of Volkswagen, the new ID3 and ID4 began to be exhibited in Nordelta, two 100% electric cars that will arrive in the country in 2022. The ID.4 is the one with the most chances to be marketed in Argentina, as it is an SUV.

Until the time comes, the brand will offer clinics in Nordelta. Later, the so-called “Pop-Up Store VW ID” will move to the Buenos Aires neighborhood of Palermo. During the summer, the exhibition is expected in the seaside resort of Cariló.

As for the ID.3, it is a Hatchback for the Segment C (compact) with very similar proportions to those of a Golf. It is offered with batteries of between 45 and 77 kWh, with powers between 126 and 204 horses and autonomies that range between 330 and 529 kilometers. In all cases, the torque and top speed are the same: 310 Nm and 160 km / h. In contrast, acceleration from 0 to 100 km / h ranges between 7.9 and 11 seconds. Traction is rear.

VW’s electric car strategy in Latin America will be different in each market. While in Argentina and Brazil these IDs are sharp, for Uruguay the marketing of the smallest e-Up!.