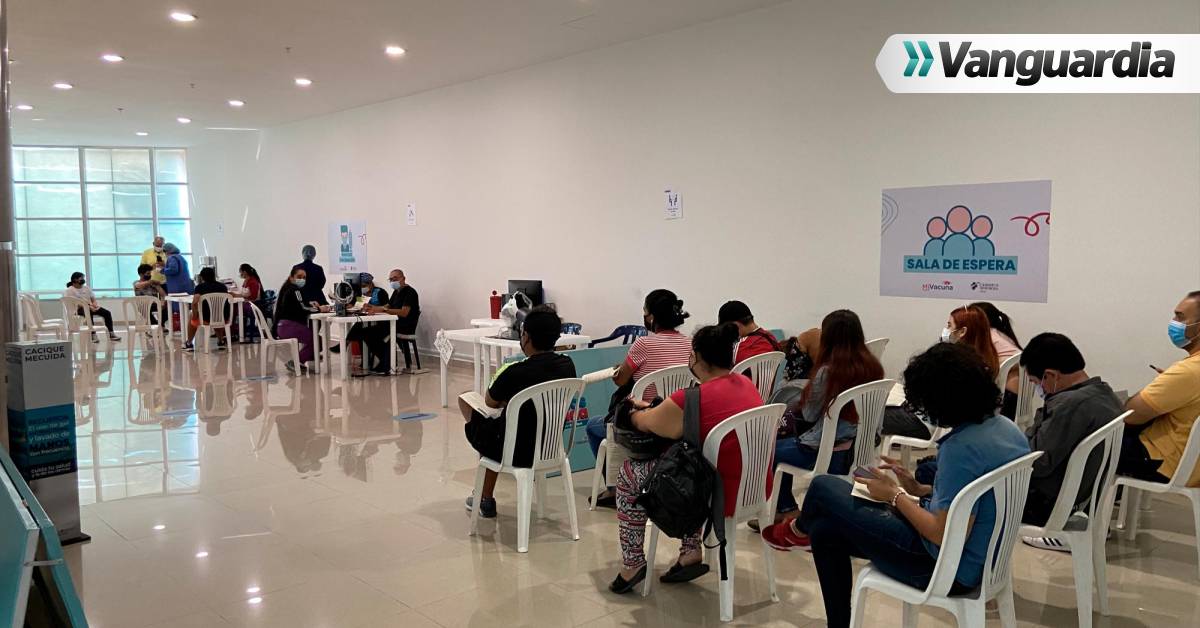 Ehe Minister of Health and Social Protection, Fernando Ruiz Gómez, confirmed that people will no longer have to wait six months, but four, to apply the reinforcement against SARS-CoV-2.

As of today, for example, those who applied the second dose or the unit dose on July 20 or earlier can now go to the mass vaccination points authorized in each of the municipalities to request the biological that will increase protection against the virus that, As of November 18, it had claimed the lives of 7,354 people in Santander.

The recommendation is to do it with a heterologous vaccine, that is, different from the vaccine of the first doses, which confers an additional benefit, greater protection.

But, if your first and second doses were Sinovac, your booster dose will be Sinovac, Pfizer, Moderna, or AstraZeneca.

In the case of Janssen, which is a single dose, the booster dose must be from the same pharmaceutical company.

Read also: New EPS responds to complaints due to delays in drug delivery

During the development of the Unified Command Post, the minister stated that people aged 50 and over can access their booster dose throughout the national territory. In some municipalities of Santander, this process had already started several days ago, due to the great availability of biologicals.

See also  From 6 December, all full-time employees will be required to take the Covid-19 test at least twice a week (updated)

“What is sought is that for the December festivities the population over 50 years of age is adequately protected, with greater security during those festivities, where intergenerational groups join us,” said the official.

Leonardo Arregocés, director of Medicines and Health Technologies at MinSalud, on the subject, stressed that “we show that people over 50 years of age achieve antibody titers, but with a lower protection effectiveness compared to smaller groups, and this protection it is related to age. The protection of the COVID-19 vaccines falls in time, so these older age groups would benefit from applying an additional dose that raises the antibody titers, from the third month ”.

Three more months was the extension that was given to the declaration of the health emergency that had been decreed in Colombia.

Another of the changes that were just announced by Ruiz Gómez has to do with the vaccination card. From Wednesday, December 1, to access the activities and leisure places, citizens must present the vaccination card or the digital vaccination certificate, where it is evidenced that the scheme has already been completed; that is, the document will no longer be valid with only one dose applied as it has been in force since November 16.

“As of December 1, the license requirement to enter discos, bars … must be with the complete scheme. This implies, gentlemen, we do not want a Christmas with outbreak problems, we do not want a bitter January ”, said the minister, who in his opinion considered that it is a measure to avoid the possibility of a fourth peak.

The territorial entities expressed that there are enough biologicals to initiate, complete or reinforce schemes.

In fact, the Departmental Administration reported that in the last hours, 71,960 biologics from Moderna Pharmaceuticals were distributed, which are intended for the application of first doses in the population over 12 years of age, second doses for those who completed the interdose period of 28 days and the booster for adults 50 years and older.

Also, 27,470 second doses of AstraZeneca and 25,270 third doses were delivered, for Santanderians who are pending to complete their vaccination schedule or receive the booster.

Faced with this issue, it is important to remember that since November 16, those over 18 years of age were ordered to present the vaccination card or the digital vaccination certificate to access public and private events, as well as bars, gastrobars, cinemas. , discos, dance venues, concerts, circuses, theaters, casinos, bingo halls, sports venues, amusement and theme parks, museums and fairs. As of November 30, the same will apply to those over 12 years of age, according to National Decree.

In Santander 2,546,349 doses have been applied, which represents a vaccination percentage of 88% compared to the total doses received.

On the other hand, the President of the Republic, Iván Duque, said that in the coming days a circular will be issued in which the presentation of the digital vaccination certificate or vaccination card is mandatory for the attendance of all public officials to their places of work.

2,910,153 anti-COVID vaccines have arrived at the Departmental Collection Center since the National Vaccination Plan began.

The Deputy Minister of Public Health and Provision of Services, Luis Alexander Moscoso Osorio, said that the last weekend of October was decisive in the increase in COVID-19 cases, especially in Bucaramanga, San Andrés, Santa Marta and Armenia.

“That holiday bridge at the end of October was very strong in mobility with an increase of 40% with respect to the reference values, which means that we are going to have a significant risk in the following days,” said the official.

Until November 18, Santander registered 1,498 active cases of COVID-19 among 39 municipalities. Of these, 138 were hospitalized and 60 were in Intensive Care Units.

Regarding ICU occupancy, the Emergency and Emergency Regulatory Center reported 8.78% for COVID-19 patients and 56.25% for other pathologies.