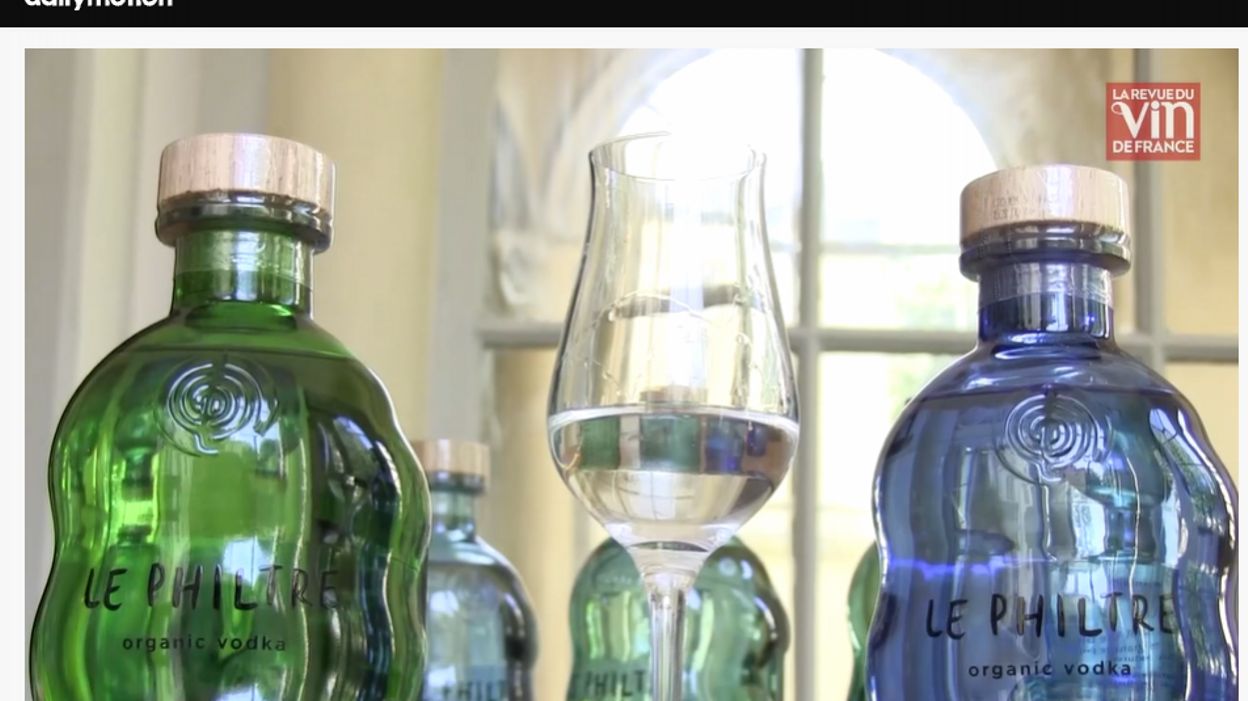 Frédéric Brébant decodes, every Friday, the news of advertising and marketing. Today, he tells us about these people who are launching their own brand.

Frédéric Brebant had the opportunity this week to be part of the ‘happy few’ who attended the official launch of Frédéric Beigbeder’s vodka on the Belgian market. The writer was physically present in Brussels on Tuesday to present his alcohol production, called The potion, which he launched with his brother Charles Beigbeder and producer Guillaume Rappeneau.

The trio pride themselves on marketing a vodka that is meant to be organic. This is not a joke. The potion is made from organically grown wheat and its bottle is made from recycled glass waste. We are really surfing the Greta wave. This is not entirely new, since this vodka was launched on the French market last year, but now it arrives in Belgium and we can already find it in a hundred wine merchants, which is not not bad.

Because it is stamped Frédéric Beigbeder? Is it the celebrity side that guarantees the success of this vodka, before the product itself?

This is somewhat the subject of this section: even if Beigbeder & C ° insist on the quality of their drink, which has already won one or two prizes in prestigious competitions, vodka The potion in fact immediately benefits from a certain amount of sympathy, given the media personality of its ambassador.

This is also the basics of advertising: when you associate your product with the image of a celebrity, it captures attention, it generates fascination and it boosts identification. And that’s what brands have been doing for decades: recruiting muses. Nespresso is – What Else? – George Clooney; Chanel, it was Vanessa Paradis, it is now Angèle; etc. And so, these people said to themselves at one point: why shouldn’t we be the only beneficiaries of our notoriety by launching and promoting our own brand?

It is true that we have seen a proliferation in recent years, brands of clothing, cosmetics, drinks … launched by people!

Frédéric Beigbeder didn’t invent anything and we could go on for a good hour by reciting the list of all the actors, actresses, singers, singers… who one day launched their own product with varying degrees of success. Especially in wines and spirits, it’s amazing!

The principle is simple: we play almost exclusively on the notoriety of the people to build the brand and guarantee, if possible, the quality of the product. And don’t think it’s always happening, necessarily, on the other side of the Atlantic. We have proof of this with, for example, the clothing brand Mosaert, an anagram of Stromae which was launched by the artist and his stylist wife. This fashion label is clearly built on the singer’s notoriety, no matter what.

But this celebrity is not a guarantee of success.

No ! The celebrity side of the personality who launches his own brand and is therefore its embodiment is of course a hell of a marketing lever, but if the product is not good, the sauce will not take. And here too, there are many examples.

Did you know that in 2007 Donald Trump launched his own brand of meat? It lasted two months. For years, rapper Kanye West, who is a superstar, has tried to impose his own fashion label on catwalks. The flop. For singer Rihanna, it’s mixed. Her cosmetics brand Fenty Beauty, launched in 2017, is a hit and made her a billionaire, but her luxury ready-to-wear brand, also called Fenty, which she launched with LVMH, has been shelved. Last year.

So, yes, fame is a great marketing weapon, but it is not the box. See you in a year or two to see if Beigbeder’s vodka will triumph.