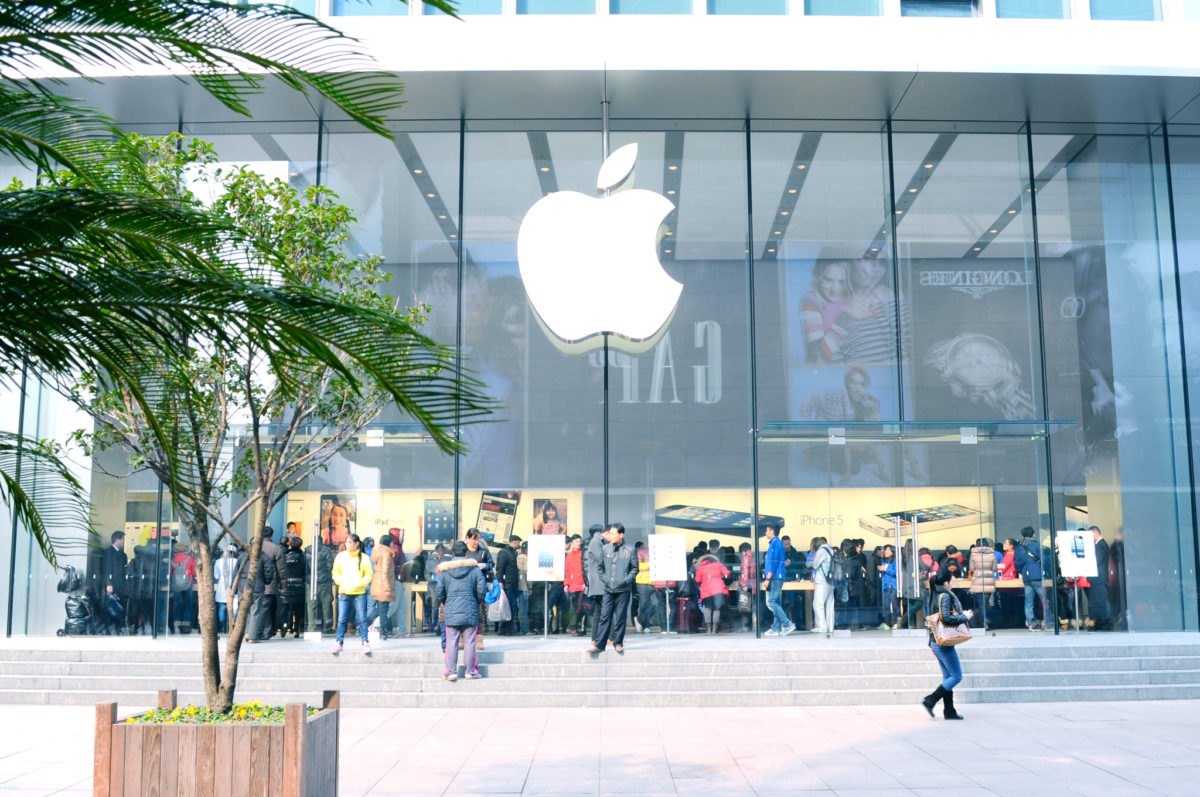 Engraving is an intimate service provided by Apple to users. It can engrave emoticons, text and numbers to create unique products. However, a Canadian study pointed out that this service was used as a control tool to filter out “sensitive” political words in Taiwan and Hong Kong!

The Citizen Lab of the University of Toronto released a report on August 18 and found that in six places including China, Taiwan, Hong Kong, Japan, the United States, and Canada, Apple has censored content such as offensive, racial discrimination, and pornography. Practices are inconsistent: Japan and the United States and Canada have about 170 to 260 filter words, and political censorship is rare; in comparison, China has 1,045 keyword blockades, Hong Kong has 542, Taiwan has 397, and Chinese political censorship has infiltrated Taiwan and Hong Kong.

Words such as the Democratic Wave, the Ministry of Foreign Affairs, and the Voice of America are all banned

In China, dissidents, independent news organizations, religion, democracy, and human rights related terms are all subject to strict scrutiny by Apple. Such as “politics”, “boycott”, “democratic wave”, “human rights”, religious words include “dharma” (dharma), “Dalai” (Dalai), criticizing the CCP’s “Voice of America” ​​and “Epoch Times” Other media organizations, or Hong Kong newspapers such as the South China Morning Post and Ming Pao were all banned.

See also  In China, the highest number of new COVID-19 cases since January

In addition to words, numbers are also strictly limited. For example, “8964” is reminiscent of 1989. Due to the Tiananmen Square incident on June 4, it was not allowed to be engraved on Apple products.

The Hong Kong Apple will review the words used in collective actions such as “Umbrella Revolution”, “Hong Kong Democracy Movement”, “Double Universal Election”, and “Press Freedom”, as well as “Yu Jie”, “Liu Xia”, “Feng Congde”, “Ai Weiwei” and other Chinese The name of the person who dissent with Hong Kong.

Taiwan’s terms related to Xi Jinping, “the top leader,” and the CCP’s high-level “Sun Chunlan,” are all banned, and even refer to the “Ministry of Foreign Affairs” and other state agencies. “Chairman Mao” and the political and religious group “Falungong” are filtered out in China, Hong Kong, and Taiwan.

Citizen Lab criticized that such a review goes beyond Apple’s legal obligations in Hong Kong and has no legitimate legal basis in Taiwan. The implementation of content control, regardless of nature or ideology, restricts freedom of speech.

The report pointed out that if foreign companies want to enter the Chinese market, they must obey the CCP’s gameplay. Apple’s iCloud server in Guizhou, China, is responsible for storing the iCloud data of Chinese Apple users, including memos, calendars, contacts, photos and files on iCloud Drive.

With China, the market performance did not disappoint Apple. According to “Business Insider”, the Chinese market accounts for about one-fifth of Apple’s total revenue, and almost all products are assembled here. Revenue in the third quarter of this year in the Greater China region was US$14.76 billion, an increase of nearly 60% over the same period last year.

However, Citizen Lab said that the results of this study are even more worrying. The regulatory and political pressures of one jurisdiction can be exported to another area. It is obvious that the choice between business interests and compliance with international human rights norms is different for enterprises. Facing greater dilemma and uncertainty, especially multinational companies such as Apple.

After receiving this accusation, Apple Chief Privacy Officer Jane Horvath responded. She insisted: “The review mechanism will take into account the local regulations and customs of different countries and regions; the rules will also change at any time, and political institutions will not be involved in decision-making.” However, the South China Morning Post pointed out that Apple had delisted in Hong Kong during a demonstration in 2019. The activity map has also deleted a number of VPN services in China, restricting people from “overcoming the wall”. The “experienced” Apple makes it impossible for the democratic world to easily believe it.

(Author: Qiu Yunzhen; This article is from “Business weekly》Reproduced with authorization; source of the first image:Flickr/Sharon Hahn Darlin CC BY 2.0）

New knowledge of science and technology, updated from time to time