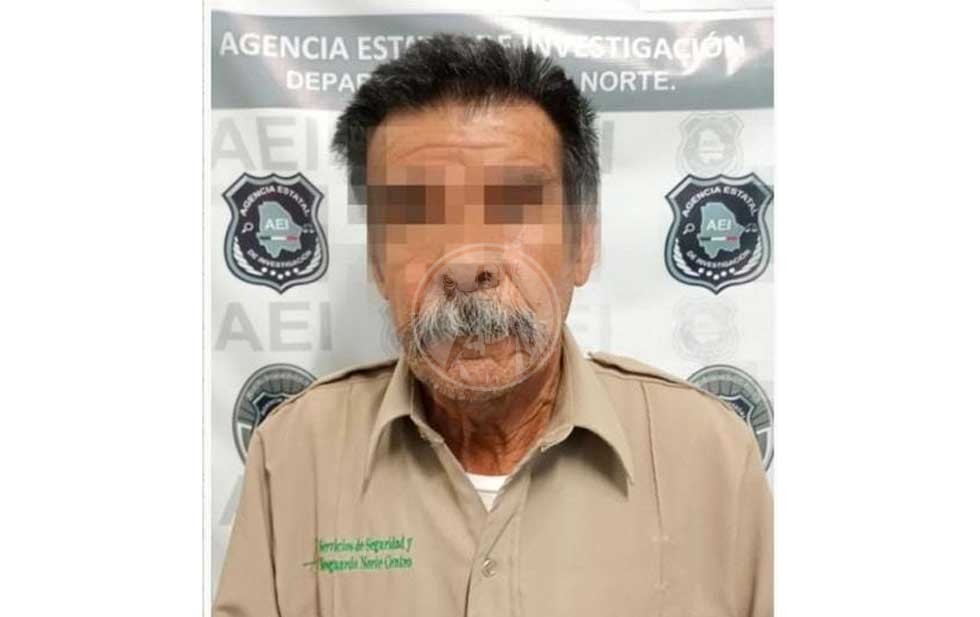 Juarez City- The North Zone Prosecutor’s Office executed an arrest warrant against Ángel del TB “El Abuelo”, who is charged with the crimes of aggravated rape and sexual abuse to the detriment of several minors, reported Alejandro Ruvalcaba Valadez spokesman for the social representation .

According to the investigations, the victims, all men, have stated that he hooked them by offering them gifts, sweets, food and money, which he gave them inside his home, on Portal de la Vid street, in the Portal del Roble subdivision. , Stage II, of Ciudad Juárez.

According to Ruvalcaba, the trust that all the neighbors, parents of the victims, gave him, who allowed the children to be with him, was used to commit the crimes.

The investigation files correspond to an 8-year-old victim, another 16-year-old, one more than 11 years old and a quarter of 13 years old. In the first of the aforementioned cases, the alleged perpetrator has already been made the corresponding accusation, it was made known.

The ministerial authorities continue with the investigations, since more victims are known and the corresponding complaints are awaited, it was reported.

It was announced that the accused is 68 years old and was arrested when he was traveling through the streets of Juan Gabriel and Aserraderos, in the San Antonio neighborhood.

See also  [이진송의 아니 근데]Is it okay to take it off on the spot?... Bed scenes without prior consent are sexual violence, not art