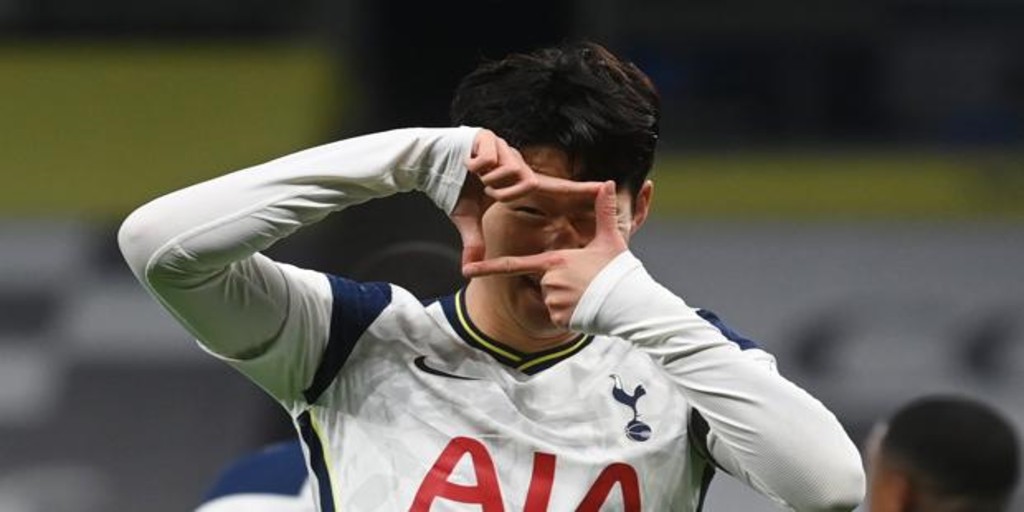 The cameras were focused, of course, on Mourinho and Guardiola, protagonists of an outdated morbidity, because for years they have greeted each other as the companions of fatigue that they are. The first 5 minutes of the game between Tottenham and Manchester City yesterday were a perfect summary of the footballing styles that both coaches have cultivated in their long careers. Some possessed while others waited crouching for some error that would promote the race. And so it was, because at 5 minutes the Londoners took a short free kick, Ndombele raised his head and saw Heung Min Son at the personalized depth, who controlled and scored with his left foot, his least good, to put the 1- 0. The Korean, one of the great figures of the Premier this season, and top scorer of the edition With 9 goals, he starred in the 2018 World Cup in one of the most surreal stories in modern football.

South Korea was paired in Russia with Sweden, Mexico and Germany, the latter reigning champions at the time, and expectations were not too high for the Asian team. All success seemed to be exclusively dependent on Son, who had been playing since 2015 in England and had already made a name for himself as a regular scorer and assistant in their stadiums. Group F ended up being one of the most entertaining, because the Germans did not hit the ball, defeated by the Central Americans and victorious in extremis against the Scandinavians, with a goal from a direct free kick from Kroos. Korea was not very fine either and lost the first two games, leaving a duel for survival for the last day. The Germans ran to honor their status as champions, and in Korea Son did it for his country, or rather to flee from it, because all men under the age of 28 must do 21 months of compulsory military service.

The Asian country had promised Son that it would relieve him of his duties if they qualified for the round of 16, something that in the end did not happen, because despite the fact that they beat Germany 2-0, a goal from the striker included, the result of Sweden-Mexico invalidated the feat. Still, months later the team got the gold medal at the Asian Games and before the media attention that the matter had generated, Korea decided to postpone the commitment and let Son return to his club. The debt was settled on May 8, because due to the coronavirus and Son’s injury, the forward was able to travel to his country, where he spent three weeks on Jeju Island, in a training camp. “They made me very long,” he explained on his return. The truth is that Son was not bad, because he even received a decoration for his marksmanship. He also completed his military training with biological, chemical, radiological, individual combat and first aid training.

Today Son runs for Mourinho. His Tottenham plays good football and marches Premier leader, waiting for what Leicester does today. The Korean has scored eleven goals and has given six assists in the last twelve games with the “spurs”, in addition to being the omega of the team, who lives in transitions, very much in the football style of the host country.