Thus, the city closed the week with 1,956 new infections, which means 83 fewer cases than the immediately previous week, in which 2,039 cases had been registered.

At that time, in that period of seven days, fewer cases had also been detected than in the previous week, which had closed with 2,251 cases. And the same had happened in the previous cycle, since from September 14 to 21, 2,306 cases were registered.

Total, Since the pandemic began, between Mar del Plata and Batán 18,079 infections have been registered.

The Argentine Integrated Health Information System (SISA) detailed that of the new positive cases, 250 were established by PCR and the remaining 44 by epidemiological link.

Likewise, the epidemiological part of the Ministry of Health confirmed 13 new deaths, all corresponding to the month of October. Mar del Plata thus reached at least 666 fatalities.

On the other hand, the SISA reported this Sunday that 263 people recovered from the disease and were discharged by protocol. In this way, 14,166 have already managed to overcome the virus.

In summary, since the beginning of the pandemic 18,079 positive cases have been detected in Mar del Plata, of which 3,247 remain active, 14,166 have recovered and at least 666 have died.

Finally, the official part detailed that 55 patients with coronavirus are hospitalized in intensive care, of which 39 require mechanical respiratory assistance. 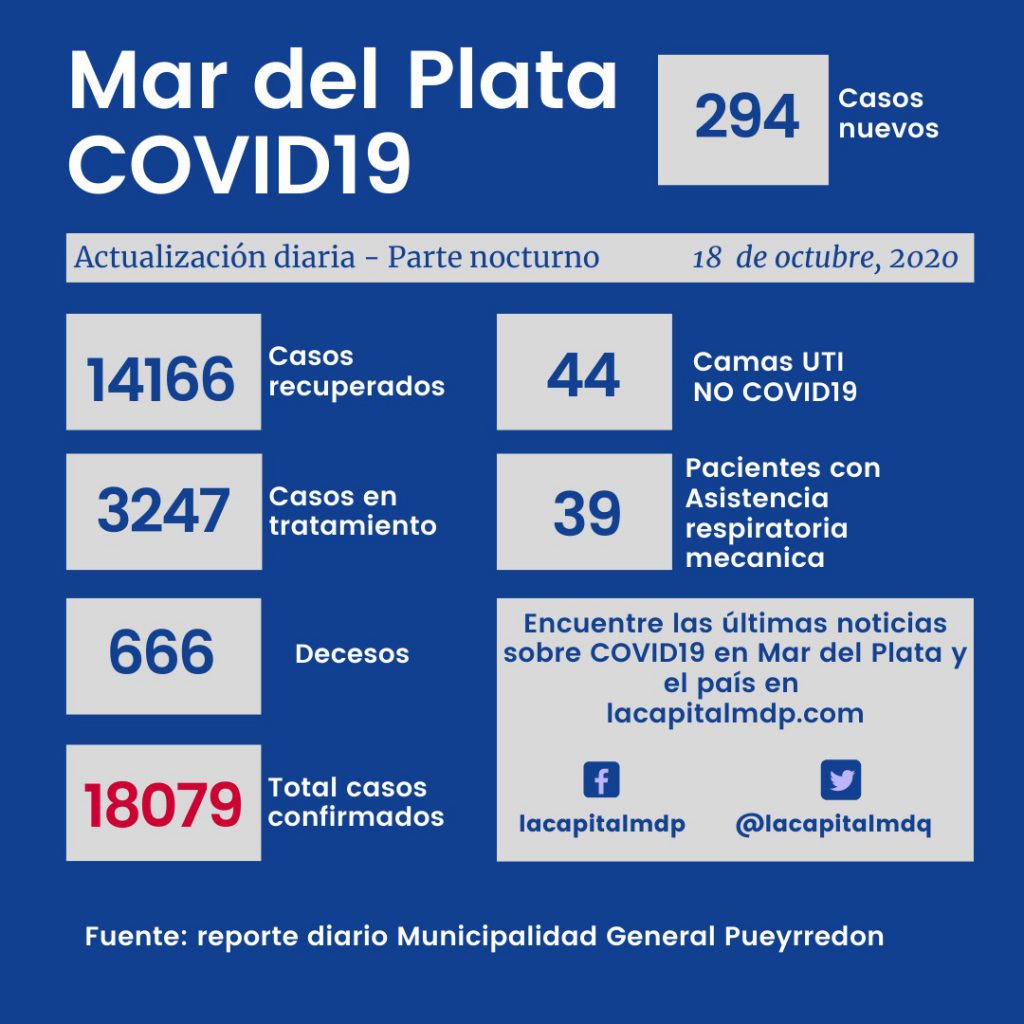