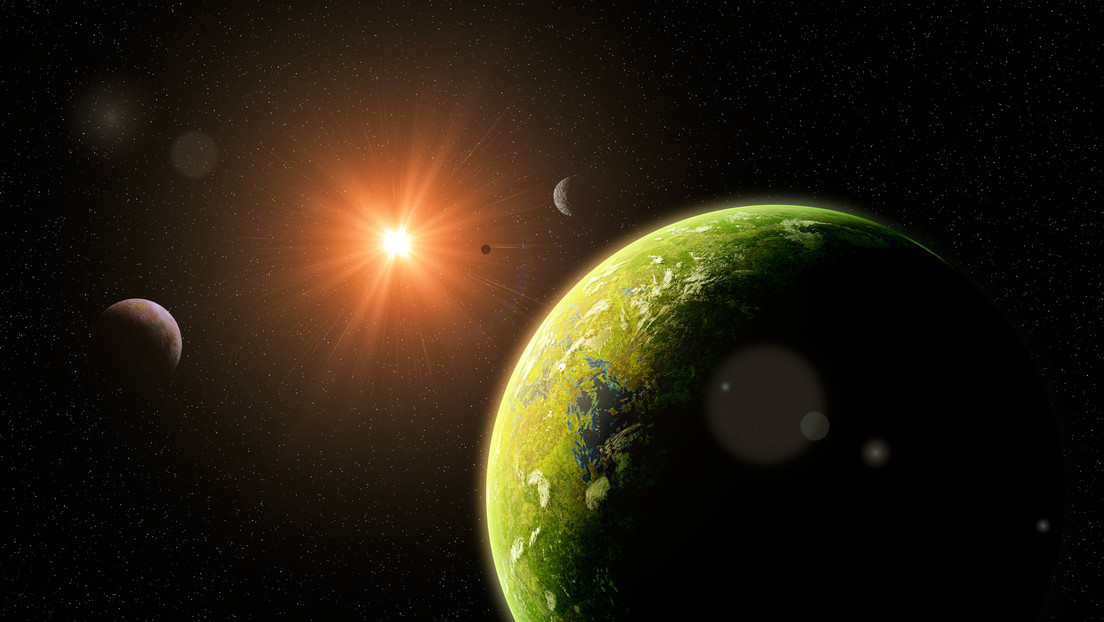 The experts pointed out that the proximity to its host star, small and much cooler than the Sun, makes it possible for water to exist in a liquid state on its surface.

An international team of astronomers led by the University of Bern (Switzerland) has recently discovered an exoplanet of the sub-Neptune category orbiting a red dwarf star. Named TOI-2257 b, the planet was initially detected by NASA’s Transiting Exoplanet Survey Satellite’s TESS space telescope and was observed for four months.

The study, published on January 7 in The Astronomical Journal, notes that the exoplanet has a orbital period 35 days and the proximity to its host star, small and much cooler than the Sun, makes possible the existence of liquid water on its surface, a favorable condition for the emergence of life.

However, experts reported that the radius of TOI-2257 b, which is 2.2 times greater than that of Earth, suggests that the planet is quite gaseous and therefore has a high atmospheric pressure which makes its potential habitability very complicated. For her part, Dr. Nicole Schanche added that the planet “does not have a circular concentric orbit” and, in fact, is the most eccentric orbiting a cool star ever discovered.

“While the planet’s average temperature is pleasant, varies from -80°C to approximately 100°C, depending on the part of the orbit in which the planet is, far or close to the star”, explained the researcher, adding that it is possible that a giant planet lurks and disturbs the orbit of TOI 2257 by, consequently, causing it these sudden changes in temperature.

The study indicates that the investigation of the exoplanet has not yet concluded and will be subjected to future observations. “In particular, the planet could be studied for signs of features like the water vapor in the atmosphere,” Schanche reported.