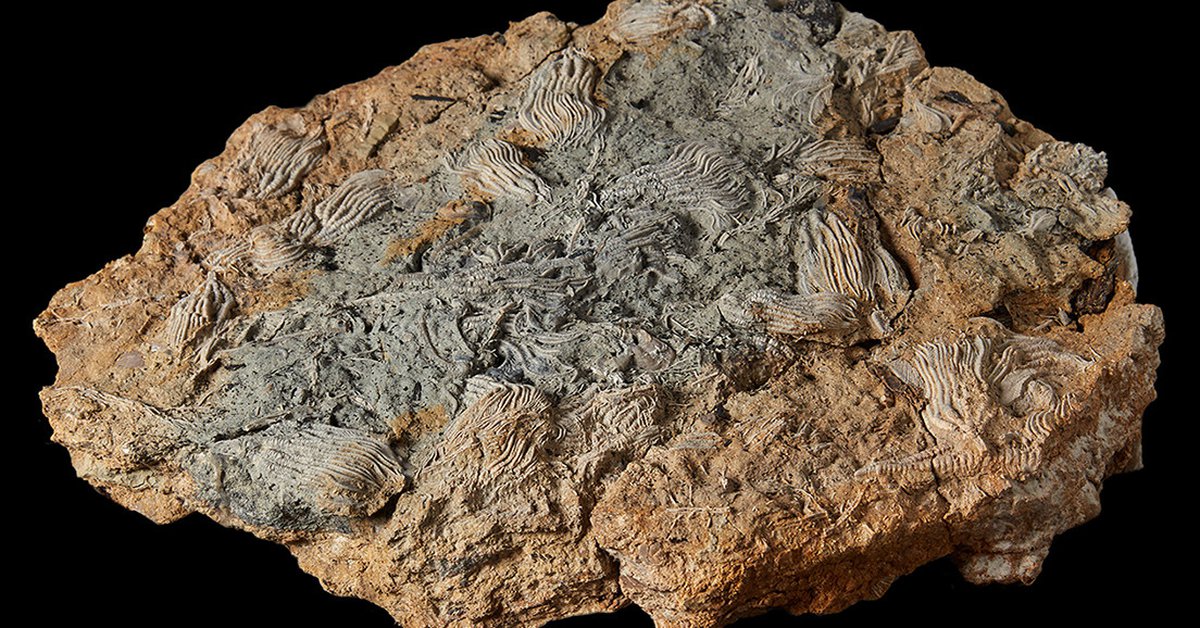 The researchers hope that these fossils will reveal information about the evolutionary development and diversification of these ecologically important and iconic echinoderms. (The Trustees of the Natural History Museum, London)

This “Jurassic Pompeii” As it has been called by its discoverers due to the number of fossils and the state of preservation of the specimens, it can give us an incomparable view of the forms of life present in ancient times.

Imagine for a moment that it is the middle Jurassic and you are standing next to an estuary that empties into a warm, shallow sea. Marine life is flourishing. Dinosaurs roam the islands around you, including the herbivore cetiosaurus (which means whale lizard) and the carnivore megalosaurus (which means large lizard). Coniferous plants predominate.

As you look out into the water, you notice that the bottom of the sea is full of animals. Starfish, sea urchins and sea cucumbers move around the feathery arms of sea lilies and feathery stars, gently swaying with the current. Some search for food by floating through moving water, others search for food in the sediment of the seabed or seek to capture other creatures.

The museum’s chief fossil preparer, Mark Graham, reveals a crinoid in the limestone

It could have been a peaceful scene, but we know that the peace was interrupted by a catastrophic event.. An event so sudden and dramatic that it drowned everything at the bottom of the sea with a thick layer of mud.

See also  FC Barcelona: Green light for a credit of 525 million: Bara did not have to pay the players in June

Caught in the mud, these animals were lost in time, until some 167.1 million years later, when the entire seafloor, beautifully preserved as it was in life tens of millions of years ago, was discovered in the quarry in the north of the Cotswolds.

Researchers at the Natural History Museum in London have teamed up with local experts to excavate the quarry, uncovering extraordinary amounts of fossils in the muddy depths in its wake.

“What we are finding on this site are the most beautifully preserved sea urchins, starfish, sea lilies and feather stars that I have seen in Britain. It is comparable to some of the best fossil sea urchin and starfish sites in the world ”, says Dr. Tim Ewin, the museum’s senior curator.

Among the fossils found, the team has found more than 1,000 specimens of crinoids, a species of marine animals that include feather stars and sea lilies. Their fossils are rare because the soft tissues that hold their skeletal plates together rapidly disintegrate after death and rarely fossilize.

However, researchers have found many crinoid fossils with their entire body preserved in the quarry. To put this in perspective, there are currently only 25 incomplete fossil feather star specimens in the Museum’s 200-year-old collection.

Lil Stevens, director of the museum’s collections task force, works in the quarry. He scoops the mud off the limestone in hopes of finding a treasure inside.

Dr Ewin says that feather stars were beginning to diversify during the middle Jurassic, having appeared only 30 million years earlier, at the beginning of the Jurassic period.

See also  Learn .. how to download the new version of Fortnite 2021

While there may be a couple of new species among these fossils, Dr Ewin says he is equally excited to have a large collection of individuals of the same species.

“The extraordinary number of these fossils will allow us to see how these individuals grew, as can be seen in all stages of their lives, from young to adult”, explains the scientist.

Limestone slab extracted from the quarry. The rock will need to be gently scraped to reveal the fossils it contains. Photo: The Trustees of the Natural History Museum, London

Other rare fossils in the mix are the mouthparts of a sea cucumber and possibly a new species of British star.

“These fossils are exquisitely preserved”says Ewin, adding, “No complete fossils of British stars are known from other sites of the same age in Britain.”

This new discovery is very exciting for scientists and paleontologists who will spend the next few years studying and classifying these fossils in the hope that thanks to them we can better understand this period of prehistory and the evolutionary changes that occurred during it.