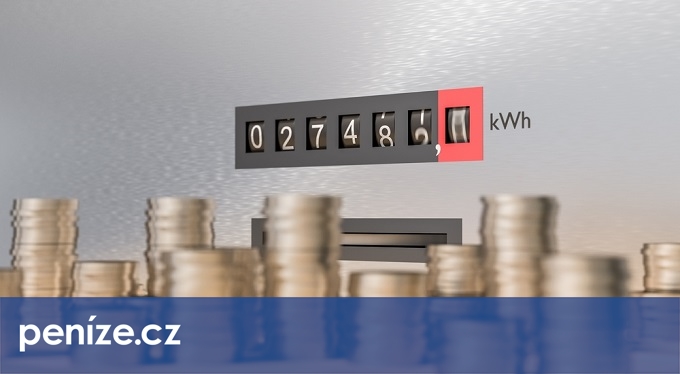 On Energy Regulatory Office (EROs) are now being addressed by hundreds of consumers suppliers increase prices. Among them are people who had a product with a fixed or guaranteed price, which their supplier is now trying to end. In some cases, they even receive an offer of the exact opposite of fixation – ie products whose price is directly derived from stock prices.

“The slogans do not decide whether the energy supplier really guarantees a fixed price for several years, but the wording of the contract,” the office points out. For example, some of the suppliers offered fixed products, which promised a fixed price for another year, but were contracts for an indefinite period, which they can terminate at any time and terminate after a three-month notice period. They also did so as soon as energy prices on the stock market rose and the original offer to traders ceased to be advantageous.

“Consumers are, of course, confused. They perceived the product as a guarantee of a constant price for the whole next year, sometimes for a longer period. However, within two months of signing, the supplier calls them and convinces them that they must switch to another price list. In some cases, suppliers do allow such a step, but this is not always the case. If the contracts were concluded for a definite period and with a fixed price, the supplier is obliged to comply with the contractual agreement and cannot simply withdraw from it, “says Markéta Zemanová, a member of the ERO Council.

“Therefore, we recommend all consumers to read the contracts again before accepting the alternative offer, and not to be forced to change the price list quickly and at a disadvantage for them,” adds Zemanová.

In some cases he offered energy supplier consumers as an alternative a product where prices are calculated according to a formula that directly takes into account the current price of electricity or gas on the stock exchange. The regulator warns that such offers can be dangerous at a time when stock market prices are rising – which is currently happening.

“An example of a negative example is the difficulties of Spanish consumers, where similar contracts were very common. The increase in this type of product is reflected almost immediately in the final price and it is up to the consumer to constantly monitor stock market developments. The supplier fully transfers the risk of rapid price increases to consumers, ”explains Zemanová.

Other suppliers decided to increase the “guaranteed” price by tens of percent. What about that Energy Regulatory Office? Again, it depends on whether the contract allows this procedure. However, if the supplier’s obligation has no contractual exclusions and the price is indeed fixed, the supplier cannot do so unilaterally. And it won’t help him if he threatens people to fall into unauthorized consumption. On the contrary, if the supplier uses false or misleading claims, he is committing an illegal unfair commercial practice.

Another problem that consumers report to the regulator is the rapid increase in monthly advances – often double. “However, the Energy Act clearly states that the amount of advances must correspond to the expected consumption and the price of supply. For example, a supplier who has already increased the price and has duly notified the consumer may increase the advance payments. However, the mere expected increase in price does not entitle the supplier to an increase in advances, “the ERO points out.

Announcing the price increase itself can also be problematic. “In September, we dealt with only a few cases where the supplier did not notify the consumer of the price change at all or insufficiently. But it will most likely increase. Although the announcement of the price increase is regulated in detail by the amendment to the Energy Act effective from next year, it is already true that an unannounced change in the price is an ineffective change. Therefore, the game of hide and seek does not have to pay off for suppliers, twice. Our inspections will also focus on suppliers’ faults when changing contracts or prices, “adds Ladislav Havel, a member of the ERO Council.

The supplier must send the notice of price increase or change of contract conditions to consumers no later than thirty days before the changes take effect. The consumer then has the right to react by withdrawing from the contract until the tenth day before the notified change. It is important that if the consumer withdraws from the contract due to price increase or change of contract conditions within this period, the supplier may not charge him any penalties, even if it is a fixed-term contract.

Economic newspaper warned a few days agothat some suppliers do not have the money to buy enough energy for their large customers due to the rise in market prices. It therefore forces them to terminate concluded contracts. Lumius, for example, has “restructured its portfolio and reorganized its operations”. The Scout Energy project, which is backed by the Czech Junák, has stopped gaining new customers. According to HN, the situation has become more complicated for a small gas supplier, the company 123ušetři.cz.

Other articles by the author.