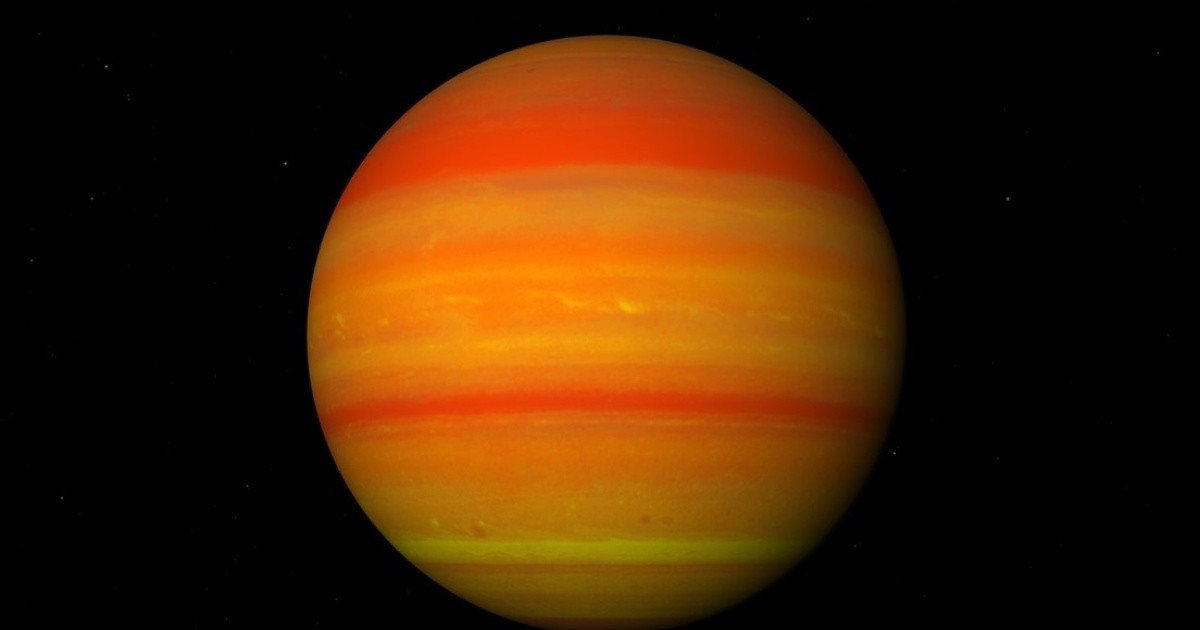 A team of researchers discovered clouds in the atmosphere of a exoplanet located more than 525 light years away and they managed to assess its altitude, says a report presented this Wednesday at the annual meeting of the scientific society Europlanet Society.

The planet in question is the gas giant WASP-127b. Its mass is similar to that of Saturn, but it is orbiting so close to its star that its year lasts just 4.2 Earth days and temperatures reach 1,100 degrees Celsius.

As a result, its diameter is 1.6 times that of Jupiter, despite its mass being five times smaller. “Assuming a hydrogen-helium composition, its atmospheric scale height is about 2,100 km,” the researchers indicate. They add that this “potentially makes that planet one of the best of its kind for studying exoatmospheres using transmission spectroscopy.”

The size of WASP-127b helped astronomers observe its atmosphere as it passed in front of the star. The observations yielded several unexpected results, indicates RT.

“First, as found earlier on this type of planet, we detected the presence of sodium, but at a much lower altitude than we expected. Second, there were strong signs of sodium. water vapor in infrared, but none at visible wavelengths. This means that the water vapor at lower levels is being filtered by clouds that are opaque in visible wavelengths but transparent in the infrared “, quotes a statement from the Europlanet Society to Romain Allart, from the University of Monreal (Canada).

Likewise, the researcher indicated that several crucial questions remain to be explained. “We still don’t know the composition of the clouds, except that they are not made up of water droplets like on Earth. We are also puzzled as to why sodium is in an unexpected place on that planet,” he explains.

See also  "Pek Sanchai" flashes back to 16 years ago, the wedding date of "Tanya" was sweet and unchanged.

It may interest you: Rocky exoplanet creates a new atmosphere thanks to volcanism

However, the mysteries of WASP-127b are not limited to its atmosphere. The planet orbits not only in the opposite direction to the star, but also does not do so in the equatorial plane of the star. “Such an alignment is unexpected for a hot Saturn in an old star system and could be caused by an unknown companion. All of these unique characteristics make WASP-127b a planet that will be studied very intensively in the future,” says Allart.