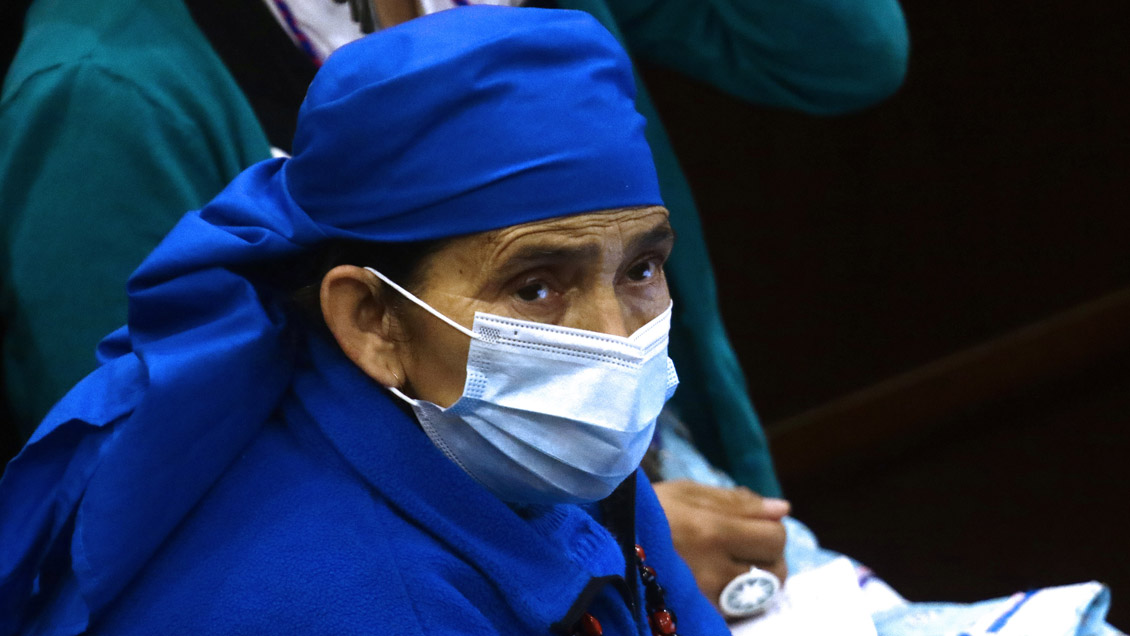 The machi Francisca Linconao, today a conventional constituent, visited two of the community members convicted of the crime of the Luchsinger Mackay marriage “quietly” this week., occurred at dawn on January 4, 2013 at the Lumahue farm in Vilcún, La Araucanía Region.

As published The Third PM, the machi, along with two of her closest advisers -the lawyer Viviana Polanco and Massiel Ojeda-, arrived yesterday, at about 11:00 a.m., until the Victoria Education and Work Center, in order to meet with the Tralcal cousins, who are serving sentences of 18 years in prison for the crime of arson resulting in death.

According to the Gendarmería records, which the newspaper cites, Luis Tralcal Quidel refused to receive the group, so only José Tralcal Car he spoke with them, in a meeting that lasted for about two hours.

For now, the content and reason for the meeting is unknown. The Third PM He claimed to have tried to contact Linconao’s team, without obtaining a response.

The machi has learned about this case in the first person, because it was accused and acquitted twice, in different trials in October 2017 and in May 2018, processes for which he spent nine months in preventive detention. It considers, meanwhile, that the condemned are innocent and, on the contrary, are “political prisoners.”

Another of the culprits for the crime is machi Celestino Córdova, who in February 2014 was also sentenced to 18 years in prison, a ruling confirmed three months later by the Supreme Court, which in different resolutions on the trials has ruled out the terrorist nature of the fatal fire.